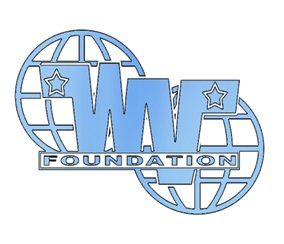 Wilson canceled a 35th-year wedding anniversary trip to Hawaii this week with his wife Holly to be a head coach in Saturday’s Muskegon All-Star Classic. He previously stepped down as Fruitport’s varsity coach after 23 years, but couldn’t resist the chance to put the headphones on one last time.

“Monday was my day of retirement at school and our 35th wedding anniversary,” Wilson said. “In January, they asked me to coach in this game, then I realized June 11 was the first day of practice.

“I had talked to Holly and we had never taken any anniversary trips. I said I’d like to coach this one last game and she was absolutely fine with it. Our trip is on the back burner. We will go whenever she wants.”

Wilson’s love for the high school game will be shared Saturday by other coaches, players, fans and especially MAC organizers Terrance Williams and Nick VandenBosch.

Williams and VandenBosch are former prep standouts who were football teammates at Adrian College. They played with college guys who had participated in high school all-star games and wanted to bring that setting to Muskegon.

After many months of planning and fund raising, the event will come to fruition Saturday afternoon at Mona Shores High School.

“Nick and I went to practice on Sunday and saw the guys on the field,” Williams said. “I can’t describe how that made us feel. We’ve thought about this since high school. A lot of people had their doubts we could do this. For this to happen, it is great.”

Williams said about 600 tickets have been sold and he’s expecting a good walk-up crowd to arrive on Saturday.

The Legends squad has a roster of 31 players.

“We are giving 70 great athletes an opportunity to play that one last game,” Wilson said. “We are here in an area where football is king. These kids all played against each other and know each other. It’s amazing how quick they’ve developed chemistry and adjusted to our style of coaching.”

Former Oakridge assistant Joe Coletta will lead the Dynasty team with a roster of 36 players. He will be assisted by Cary Harger, Mark Jalovec, David Randall, Mike Belmonte and Ken Rose.

Coletta stepped aside from coaching at Oakridge after the Eagles captured the 2005 state championship.  He jumped at the chance to be a part of the inaugural MAC.

“It’s been an awesome experience this week being with these great kids,” Coletta said. “When you have that type of talent you can coach in different ways. I’m trying to make what we do fit the kids we have.”

Both teams have been meeting and practicing since Sunday.

Williams said the best part of this all-star game is the fact many players have competed against each other in the past.

Another twist is Wilson pursuing his 200th career victory. He’s totaled 199 wins in his all-around coaching career will count No. 200 if his team gets a victory Saturday.

“This game would put Steve at 200 and he’s making me feel guilty,” Coletta said with a chuckle. “But I’m not sure our guys are going to care about that.”