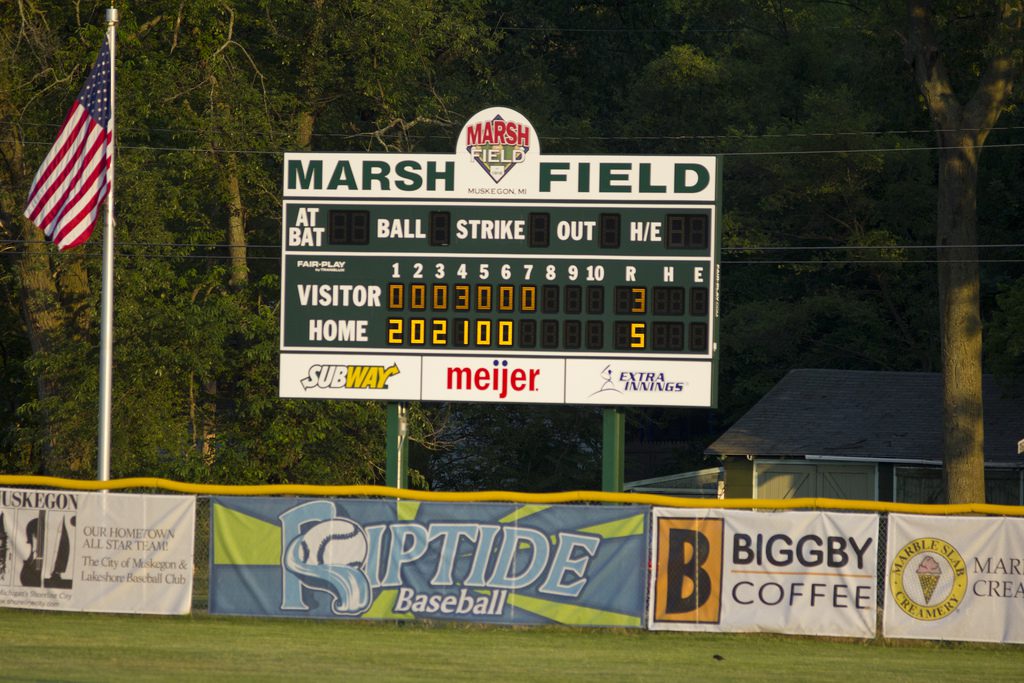 Kroll was named the Most Valuable Player after leading the Blue Bombers to a 5-3 win over the Green Giants in Tuesday night’s All-Star Classic at historic Marsh Field. 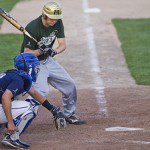 “It’s really fun,” said Kroll after an impressive night that included two hits, two runs, a walk and a stolen base. “It’s fun to play with other kids you don’t normally play with. It’s more laid back. But you still want to win out there.”

A large crowd showed up to watch the area’s top graduated senior players compete in the annual game, with proceeds going to the Marsh Field Improvement Fund.

The Bombers built a 4-0 lead after scoring a pair of runs in the first and third innings. The Giants battled back for three runs in the top of the fourth inning, but the Bombers plated an insurance run in the fourth on an RBI single by Fruitport’s Cody Bayle.

Ravenna’s Zach Courtade pitched a scoreless sixth and seventh innings to keep the Giants in check.

Whitehall’s Sam Kuipers delivered an RBI single in the first inning and knocked in another run with a sacrifice fly in the third. Grand Haven’s Danny Cotter also had an RBI single for the Bombers.

Oakridge’s Patrick Giddings produced the big hit for the Giants with a two-run double.. Muskegon Catholic’s Jason Ribecky knocked in the Giants’ final run on a groundout and Reeth’s-Puffer’s Stephon Chandonnet collected a pair of hits.

“The fun part for me was getting a chance to see the other kids we hadn’t seen play all year,” said Muskegon Catholic’s Steve Schuitema, head coach of the Giants. “They had a little more pitching than us. … There is some good talent. It was a good game to watch.”

Serving as umpires in the contest were Tim Cook, Larry Preston, Jeff Stewart and Jim Tate.

The night’s festivities started with ceremonial first pitch by Mickey Knight, who served six terms for Muskegon in the Michigan House of Representatives.

Raymond enjoyed a busy June as he competed in three area all-star games, which included contests last week in football and basketball.

Some players will continue their baseball careers in college.

But for one final night, they all had a chance to compete as the top senior players on the same field.

“This is great,” said Hansen, whose team was outhit 8-7. “I think it’s wonderful. It’s interesting for the fans and the players.”