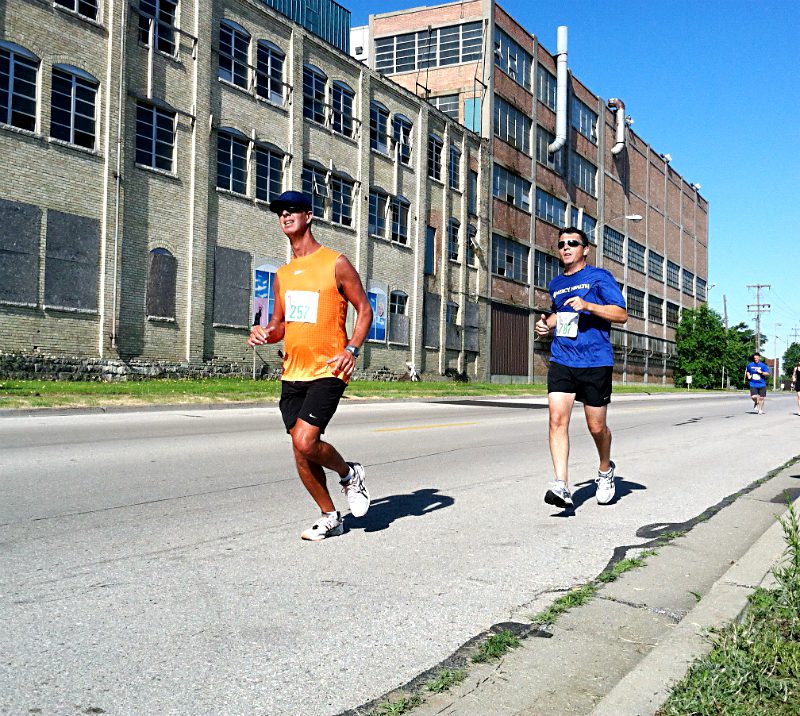 Walking up to the starting line, Hart’s Jennie Gottardo really didn’t know how she would do at Saturday’s 31st annual Seaway Run.

That issue was cleared up as she crossed the finish line in 20: 28 to win the women’s 5k open division. 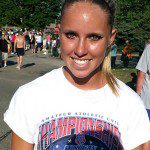 “I wasn’t sure where I’d place” said Gottardo, who is just 14 years old. “It was pretty nice out there, so I just kept on running.”

Six-time winner Erik Westbrook from Fremont won the men’s 5k event, crossing the finish line in a a blazing 15:33, averaging a straight five minutes per mile in the 3.1-mile race. 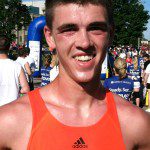 “Perfect weather, no wind,” said Westbrook, 22, who has won six of the nine times  he’s run the Seaway Run. “It was a great day to put in a good time.”

Earlier this season, and feeling like he was in a rut, Westbook stepped up his mileage, to spectacular results.

“I felt good, so I didn’t really follow any set plan,” said the recent Detroit Mercy graduate. “I just wanted to run my race.” Westbrook said he separated from the pack at about the two-mile mark. “The (Seaway Run) is just such a great atmosphere. It felt nice to do so well.”

Starr’s win in the 15k highlighted an outstanding day for the MCC cross country program, which was relaunched a couple years ago. Starr’s teammates, Whitehall’s Matt Kring, an All-American runner for the Jayhawks, and Reeths-Puffer grad Devon Joslin, finished third and fourth overall, respectively, and first and second in their respective age groups. An acolyte of Starr’s, Shay Ostyn of Grant, finished second overall in the 15k, winning the 15-19 age division in 55:47. 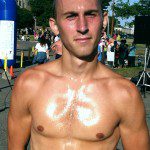 “I’ve always looked up to (Starr),” said Ostyn, who will be running for Aquinus College in the fall. “So it was cool to finish so close (to him). We’ve always been like, ‘I want to be (Starr).”

“I didn’t want to kill myself going out too fast,” she said. Carpenter took third last year, though she may not have been at her best in 2011. “I ran a steeplechase (race) the day before last year’s (Seaway Run), so there was that.”

Asked why in 2011 she ran the two races so close together, she replied, “It’s not very often you get to run (a steeplechase).” 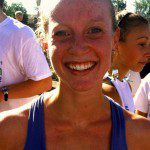 Suffering a stress fracture early this season, Carpenter wasn’t sure she would be up for this year’s Seaway. Yet, there she was leading the pack as she crossed the finish line. “It’s such a beautiful course; there’s lots to look at.”

No longer primarily sponsored by the Muskegon Chronicle, Mercy Health is now the race’s Gold Sponsor.