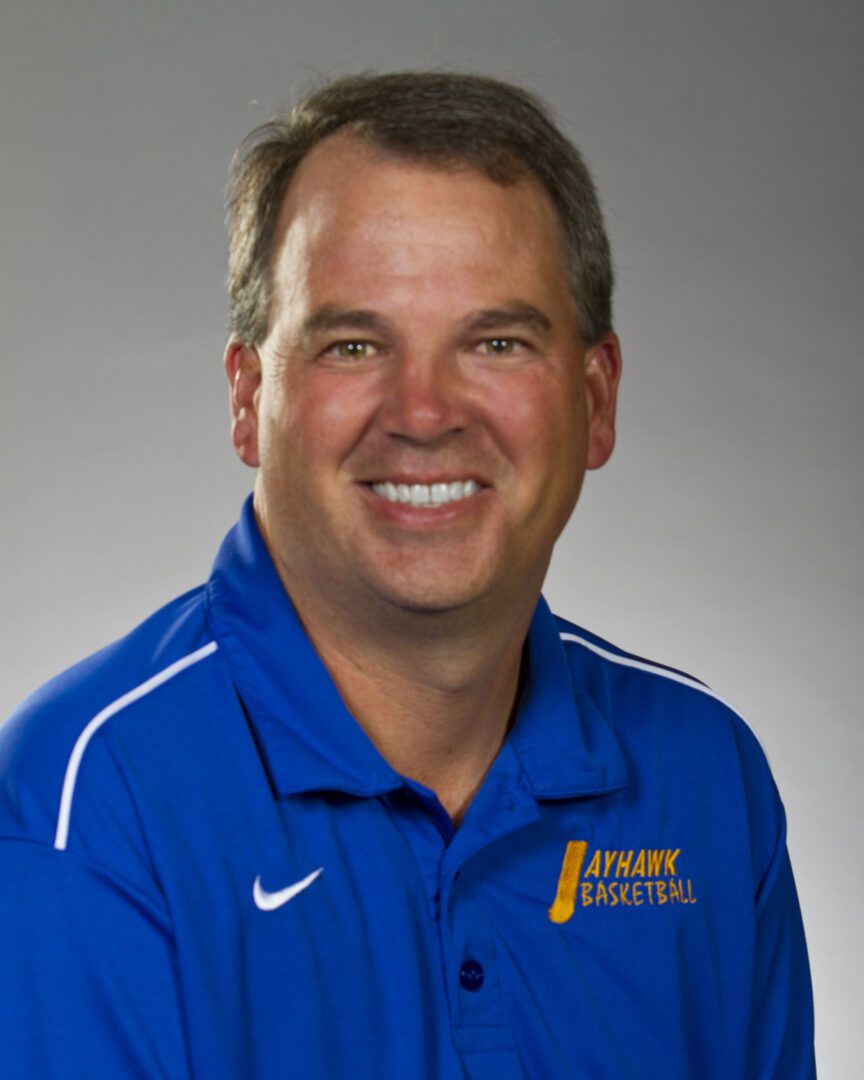 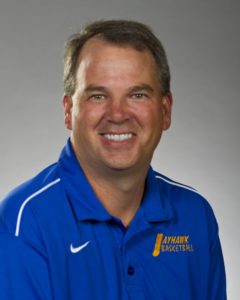 Jayhawk athletic director Marty McDermott joins the list with J. Paul King, who was awarded the honor in 1992, and Gene Gifford, who won it twice.

Along with his duties at the school, McDermott also heads the MCCAA. He took as MCCAA president last October when Margaret Cadieux stepped down.

“I was very surprised,” said McDermott. “It’s voted on by (my) peers, so it is quite an honor.”

The award was gleaned from votes by all 19 ADs across the conference and awarded to McDermott last week at the MCCAA’s summer meeting at Shanty Creek Resort in Bellaire.

Juggling the duties of Muskegon Community College’s athletic department and the conference presidency, McDermott said he relied on his staff to make all the pieces fit.

“Of course, it was definitely a learning experience this first year,” said McDermott about taking over the conference president position. “With our great administrative staff, we kind of chop up all the work to make sure it all gets done. It is helpful because we all have the same agenda.” 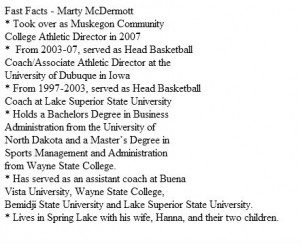 McDermott, who also coaches the school’s men’s golf squad, helped MCC to a sixth-place finish in the Charlie Chanter MCCAA All-Sports trophy standings.  MCC’s softball team, which again qualified for the NJCAA Division II National Tournament, also had a lot to do with that high finish.

McDermott thinks the award reflects well on the entire program.

“Hopefully,” he said, “it shows people we continue to improve, that we produce quality athletes. For me, this is a big-picture award.” 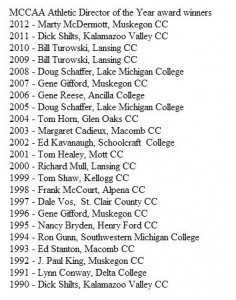 With that addition, McDermott said the school will “stand pat for awhile” regarding adding any other sports. For him, such a move signals the school’s commitment to making sure its existing sports thrive.

“We don’t want to field another (new) team just for the sake of it,” he said. “It is our goal to have all of our teams be competitive and properly funded. Taking a break from expanding the program even more will help make sure that is the case.”

McDermott assumed MCC’s AD position in 2007, taking over for long-time AD Gene Gifford, who was awarded Athletic Director of the Year honors in 1996 and 2007.