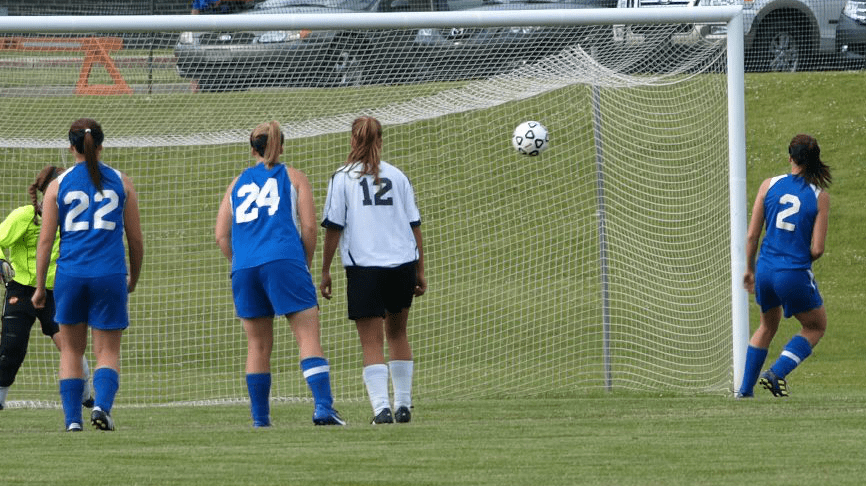 The Oakridge Eagles scored two first-half goals and made them hold up in a 2-1 victory over the Ludington Orioles on Friday night.

The victory earned the Eagles their first-ever regional championship in girls soccer and moved them into the Division 3 semifinals against traditional state power, Hudsonville Unity Christian. That game is scheduled for 7 p.m. Wednesday at Hope College. 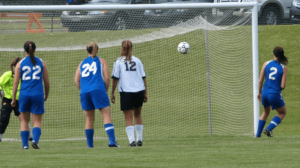 Oakridge's Keyara Wiard successfully converted on her PK 39 seconds into the regional championship game against Ludington. Photo from Jeffery Lohman.

“This is the first time we’re regional champions,” Eagle coach Jeff Lohman said. “We’ve been to the finals three times. It’s always been a goal to see what these team play like.”

The Eagles will face a team that makes a habit of playing in the state finals in girls soccer.

But on Friday night, the Eagles got off to an early start and held on for the victory.

Just 39 seconds into the game, Ludington was called for a hand ball in the box and Keyara Wiard promptly put it in the net for a 1-0 Eagles’ lead.

Near the midpoint of the first half, Wiard slipped a pass back to Chelsea Thiele, whose lofting shot from 25 yards out sailed over the Orioles goalkeeper and into the net.

“We played 30 minutes of really solid soccer in the first half,” Lohman said. “The second half was back and forth.”

With 12 minutes remaining, the Orioles got on the board on a goal by Jacquelyn Lynch.

From there, the Eagles hung on to the narrow lead despite losing an outside defender and an outsiide midfielder due to injury.