What are the hockey experts saying about former Muskegon Lumberjack Matt DeBlouw?

HockeyProspect.com’s NHL Draft Black Book – “Right now, DeBlouw is a terrific defensive center. He reads the play properly, is extremely smart and has a pro frame. He is a good enough skater to keep up with whoever he’s defending. There is certainly pro potential in his game with his size and defensive ability. If he works on the release of his shot, he could improve greatly in the offensive zone. DeBlouw is a safe pick in the middle to late rounds with potential to advance to the professional ranks” 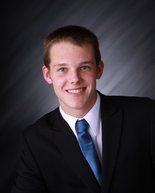 Scout Mark Edwards – “A big body up front. He’s a good skater and he might have a little more offensive upside than some may think. He plays smart in the offensive zone but needs to work on his shot. I think it’s a safe bet to project him as a role forward in the NHL.”

NHL Central Scouting’s Dave Gregory – “I just like his presence on the ice, how he plays the game and how he presents himself.”

College Hockey Prospective – “It’s important to remember that you’re building a team, not just a collection of individual talents. DeBlouw is a guy who will give you a steady presence, solid play on both sides of the puck and leadership.”