Mona Shores’ Reed Hrynewich is tied for the lead after the first day of the Coca-Cola Junior Classic Championship at Boyne Highlands. 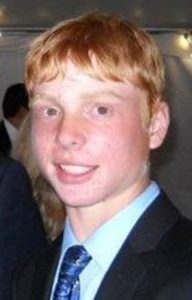 Hrynewich shot an opening-round 70, but said some lipped out putts cost him a chance at a lower score.

Hrynewich is tied with Ramsey Touchberry of Bradenton, Fla., and Kyle Gaines of Oxford. The senior-to-be at Mona Shores had six birdies, two bogeys and one double bogey in his opening round.

Andrew VanAelst, another Shores golfer, opened with a 72 and is tied for sixth.

Other scores for area players included an 81 for Hailey Hrynewich, 85 for Aya Johnson, Morgan Smith with an 89 and Kelsey McKinley at 95.