Marsh Field is a home away from home for Dave Fisher.

It’s been that way for 50 years, since the days he was just a teenager.

Fisher, 65, was honored prior to the start of the Marsh Field Legends Games on Saturday night at historic Marsh Field. 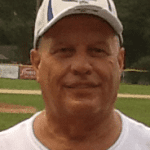 “I started playing here when I was 15 years old and before that, my mom and grandma would bring me hear to watch the Lassies (women’s professional team) play,” Fisher said during Saturday night’s opener between the Muskegon Barons and Muskegon Bud Light.

One of Fisher’s highlights during his playing days was winning the United Baseball League title, calling it “a treat.” That was back when Mickey Knight was their star pitcher.

On Saturday night, Fisher’s first two pitches actually came prior to the game. He bounced his first ceremonial pitch up to the plate and promptly asked for a second.

In the top of the fourth, Fisher found himself on the mound. He faced five hitters and allowed three runs, including an RBI single by Mike Taylor and a two-run double by Jim Kelly.

“I threw a curveball too far inside on him,” Fisher said of Taylor’s base hit. “I should have known better.”

Fisher rattles off some of the great baseball players he played with and against over the years. It’s almost like those games were yesterday.

He recalled an incident at Sheldon Park in East Muskegon when he and his buddies were playing basketball. They noticed a young boy, about their age, pitching to his father over on the baseball field.

The boy was a tall lefty.

“He was throwing to his dad so we went over there, being the curious kids that we were,” Fisher said. They exchanged hellos with the new kid and the subject quickly turned to baseball.

That young boy was Ray Newman, who had just moved to the neighborhood from Chicago. He informed Fisher and his buddies that he was starting Little League the following week and asked if there were any good pitchers around.

They all pointed to Jim Johnson.

“He said, “you’ll never be a pitcher, your fingers are too small,’” Fisher said. Several years later, the made up the 1-2 punch for the Muskegon Big Reds pitching staff and both played professional baseball.

“Those were the good, old times,” said Fisher, whose playing career was followed by coaching and umpiring.

This was the third year Fisher suited up for the game. 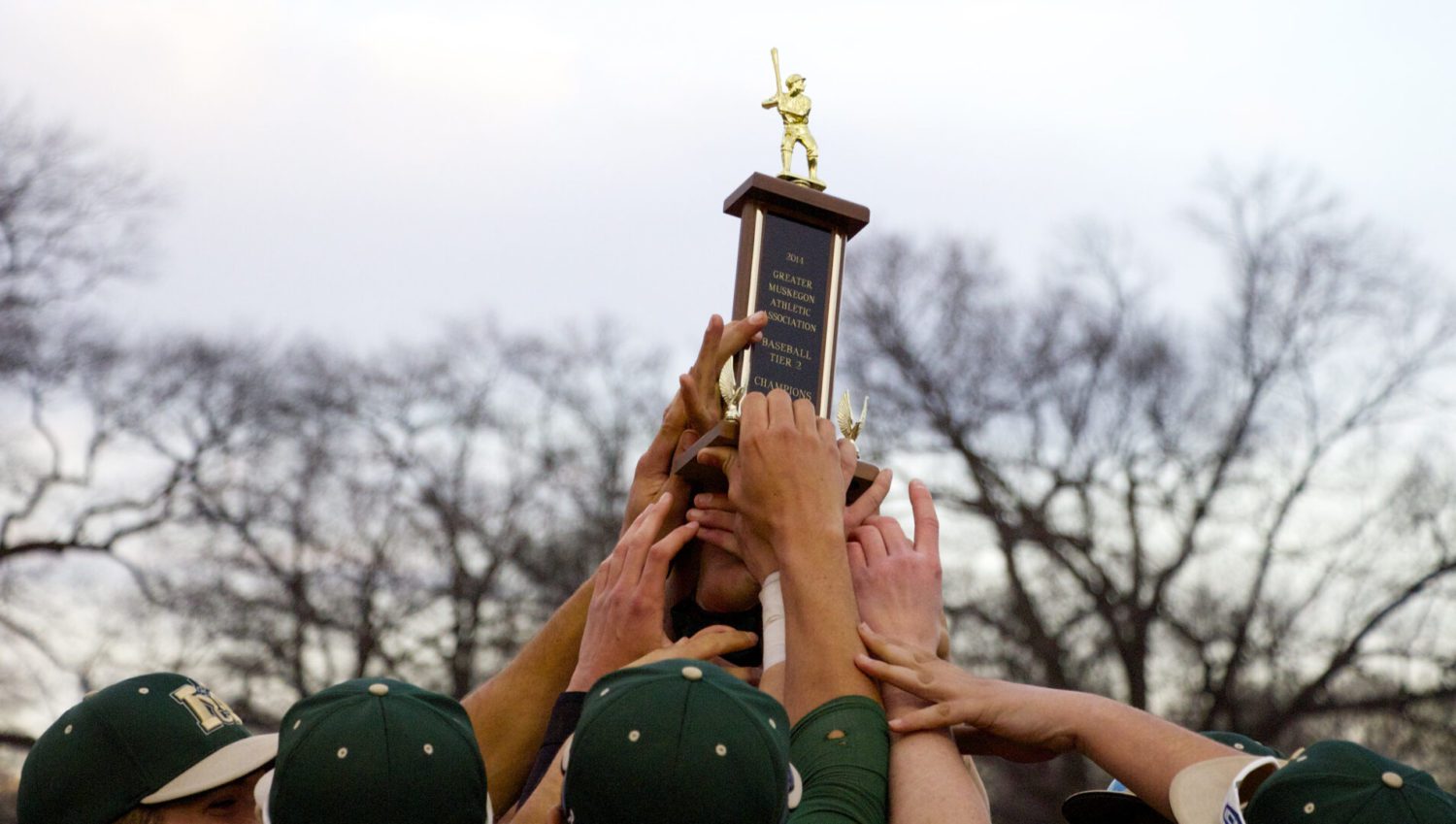