Department of Natural Resources Director Keith Creagh and Department of Agriculture and Rural Development Director Jamie Clover Adams recently signed the first revision to the CWD plan since it was adopted a decade ago.

The updated plan takes into account the large amount of research and case studies on CWD that have become available since Michigan’s original Surveillance and Response Plan for Chronic Wasting Disease of Free-ranging and Privately Owned Cervids was finalized in 2002.

“This plan is critical in guiding our state’s response to CWD, as it did when the disease was found here a few years ago,” said DNR Wildlife Division Chief Russ Mason. “Much of the 2002 plan is still valid and sound, but we now know a lot more about what causes CWD, how it is spread, what the public thinks about how the disease should be addressed, and the results of CWD management efforts in other states. In light of this, we decided that some modifications to the plan were in order.”

“CWD is a reportable disease, so if the disease is detected in free ranging cervids or a Michigan Privately Owned Cervid facility, we will define a surveillance zone around the positive case,” said State Veterinarian Steven Halstead. “This plan should protect Michigan’s cervid industry as well as Michigan’s free-ranging deer population while meeting our ultimate goal of safeguarding animal health.”

The principal changes to the plan are:

These changes eliminate the peninsula-wide management provisions for dealing with a CWD occurrence.

Actions that remain from the original response plan include: immediate baiting and feeding bans; a restriction on removing anything more than the boned meat, hide, and antlers of a deer or elk taken within the CWD management zone; and mandatory CWD testing of animals remain in effect.

Michigan’s Regional Deer Advisory Teams and a variety of hunting groups have reviewed the modified plan.

The updated plan, and more information about CWD, is available online at www.michigan.gov/cwd.

The Michigan Department of Natural Resources is committed to the conservation, protection, management, use and enjoyment of the state’s natural and cultural resources for current and future generations. For more information, go to www.michigan.gov/dnr.

The Michigan Department of Agriculture and Rural Development is committed to assuring the food safety, agricultural, environmental, and economic interests of the people of the State of Michigan are met through service, partnership and collaboration. 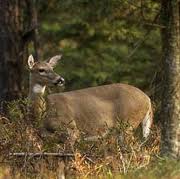