Matt Gajtka is leaving the Muskegon Lumberjacks to pursue other interests in the sports world.

Gajtka, who spent one season as the Jacks’ director of communications and broadcaster, said his last day with the USHL club is Thursday. 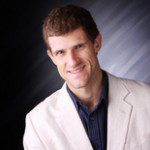 “Basically, it was kind of a mutual decision,” said Gajtka, 27, who also cited the daily commute from his home in Grand Rapids as a reason for his decision. His wife, Jillian, works in Kentwood.

“The organization would like to thank Matt for his efforts,” Lumberjacks’ president Tim Taylor said. “We wish Matt and Jillian the very best in their future endeavors.”

He also said it was best to make the move now so the team could find a replacement before the start of the 2012-13 season draws any closer.

“I didn’t want to hang on too long and leave them in a situation,” said Gajtka. “They also wanted the position to be more sales and also the drive got to me. I’m figuring I can find something else.”

Gajtka, 27, does have some opportunities working as a freelancer for a website that covers Pittsburgh sports, including the National Hockey League Penguins. He has been doing work for that site, which is run by a friend.

“I’ve been writing occasionally for them,” he said. “They’ve expressed interest in bringing me in as a co-editor. I love hockey, in particular.

“It’s a tough situation, but I have no regrets,” he said. “I had a blast, but the season took a lot out of me and I have not been able to bounce back. I thought it was time to reassess.”

Gajtka came to Muskegon just days before the start of last season after the resignation of Christopher Heimerman.