LANSING – State fisheries officials want to reduce daily bag limits for steelhead on the Little Manistee and Platte rivers in an effort to protect broodstock after several years of low returns to state weirs.

Michigan Department of Natural Resources fisheries biologist Mark Tonello said declining steelhead returns at the Little Manistee weir prompted officials to propose a reduction in the daily bag limit on the river from three fish per day to one. The DNR also proposed the same restriction for the Platte River, which officials hope to serve as a backup for steelhead broodstock.

DNR officials said the reductions are necessary to protect broodstock because steelhead eggs from the Little Manistee support all steelhead stocking in Michigan, and are critical for other states as well.

“We don’t completely know why” steelhead weir returns have declined, Tonello said. “It may have to do with Lake Michigan. There is not enough food in Lake Michigan and that might be a big part of it. 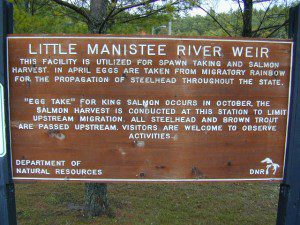 “We still see plenty of juvenile steelhead in the (Little Manistee) River.”

Officials presented a plan to the DNR’s Natural Resource Commission in July to reduce the bag limit because “we know that in some years angler harvest below the weir do take fish that would have ended up in the weir.”

“It’s a precautionary measure. Over the last 10 years we have been getting smaller runs of steelhead at the weir in the Little Manistee,” Tonello said. “If we were getting consistent runs of steelhead over 4,000 each spring, this regulation wouldn’t be necessary.”

DNR officials believe the number of steelhead returning to the Platte River also is down from previous years, perhaps as low as a few hundred fish, and have proposed the same reduction in the daily bag limit there. The DNR began stocking yearling steelheads in the Platte to boost returns, according to the recent proposal to the NRC.

“Anglers will benefit as a whole (from reducing the bag limit) once the population expands and sufficient numbers of returning adults allow the Platte River to reach its potential to serve as our backup broodstock location,” according to the proposal, which was presented to the NRC for information,. It has yet to be approved.

DNR Southern Lake Michigan Basin Coordinator Jay Wesley said the proposed bag limit reduction for steelhead on the Little Manistee River is designed to “make sure we get enough steelhead to meet our egg take needs.”

“This spring, we did hold public meetings on (the proposed bag limit reductions) and there was general support for it,” he said.

The Little Manistee weir supports steelhead egg takes for the entire state of Michigan, all of Ohio stocks and some of the steelhead stocked in Indiana, Wesley said.

DNR officials also have proposed closing the Platte River to fishing within 300 feet of the upper hatchery weir whenever it’s in place. The current regulation bans fishing in that area between Feb. 15 and April 28 and from Aug. 15 through Nov. 7, which was confusing to anglers, officials said. 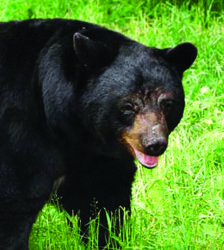 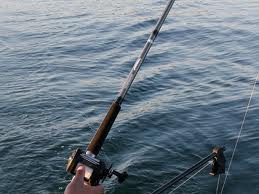