KENT CITY – Ravenna stuck to what it knows best on Thursday night in a 28-21 victory over Kent City.

It was the Bulldogs’ ground game that was just too much for the Eagles.

Gabe Zimmer gave Ravenna an early first-quarter lead with a pair of rushing touchdowns of 2 and 12 yards.  Zimmer also added his third touchdown on a 14-yard run in the second quarter. Nick Anderson capped another successful drive.

Kent City responded in the first quarter with quarterback Jack Krueger hooking up with  Cody Chipman on a 34-yard touchdown pass. Tyler Kruis blocked a punt and Shane Rodenburg recovered the ball in the end zone to make it 28-14 just before halftime.

But the Bulldogs ground game was too much, amassing all 350 of their offensive yards on the ground.

“We were just bringing guys in and out like a fire drill most of the game,”  Ravenna coach David Smith said. “We were up 28-7 and guys were cramping so we really needed that early lead.”

The Bulldogs have just 21 players on their squad. Injuries and their five turnovers put the early lead in jeopardy in latter stages of the game.

After a Ravenna turnover with 3 minutes left, Kent City’s Krueger connected with Kyle Boyd for a 6-yard touchdown pass. But on the ensuing onside kick, Ravenna was able to recover and run out the clock.

Zimmer led Ravenna with 193 yards on 28 carries, including three touchdowns while Josh Kohanski had 11 rushes for 77 yards. Quarterback Todd Brown had 77 yards on eight attempts.

On defense, Ravenna was led by Zach Murrell with seven tackles, including one for a loss.

“We have a young team and tonight we played hard,” said Smith. “Penalties and turnovers showed our inexperience. This is work in progress, but we’re excited about the possibilities we have with this team moving forward.” 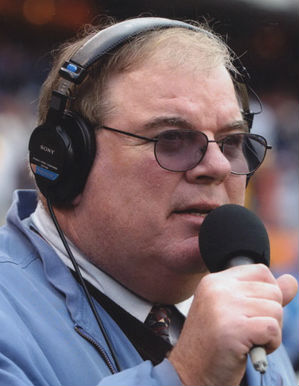