Muskegon Catholic has won more than 400 football games since the school opened in 1953, including eight state championships, so therefore it has never bothered to keep track of moral victories.

But it might have to start after the effort the young Crusaders turned in on Thursday night.

MCC completely shut down visiting Grand Rapids Catholic in the second half, but the Crusaders’ inability to punch in scoring chances in the end zone doomed them in a hard-fought, 14-0 loss at Kehren Stadium.

The Crusaders (0-2) will look to break into the win column next Friday when they host Grant.

GRCC, which stunned perennial state powerhouse East Grand Rapids 33-14 in its opener, roared out to two early touchdowns Thursday on a 20-yard pass from Joe Nixon to Ryheem Stokes late in the first quarter and a 2-yard plunge by Nixon early in the second quarter.

Things looked bleak at that point for MCC, which faced the same 14-0 halftime deficit last week against Mona Shores, only to wear down from fatigue and injury in a 42-6 loss which ended with a running
clock.

But this time, the Crusaders wore down the visiting Cougars – holding them to one first down, zero passing yards, 44 total yards and no points over the final 33 minutes of the game.

MCC was able to mount several scoring drives in the second half, led by the running of junior fullback Alex Lewandoski (14 carries for 45 yards) and a few timely passes from senior quarterback Zach Campbell (9-for-13 for 65 yards).

Twice the Crusaders moved inside the 20-yard line, only to come away empty each time.

Lewandoski led the defensive effort with 10 tackles, Cari Campbell made nine stops and Lamar Jordan had seven tackles and an interception. Brant McCollum made six tackles and Phil Mesker and Nick
Holt had four stops apiece.

The teams had nearly identical yardage on the ground (110 for GRCC, 108 for MCC), but the Cougars threw for 169 yards, compared to 65 for the hosts. All of the Cougars’ passing yards came in the first half.

GRCC was also penalized 11 times for 166 yards, compared to just one penalty for 16 yards for the Crusaders. 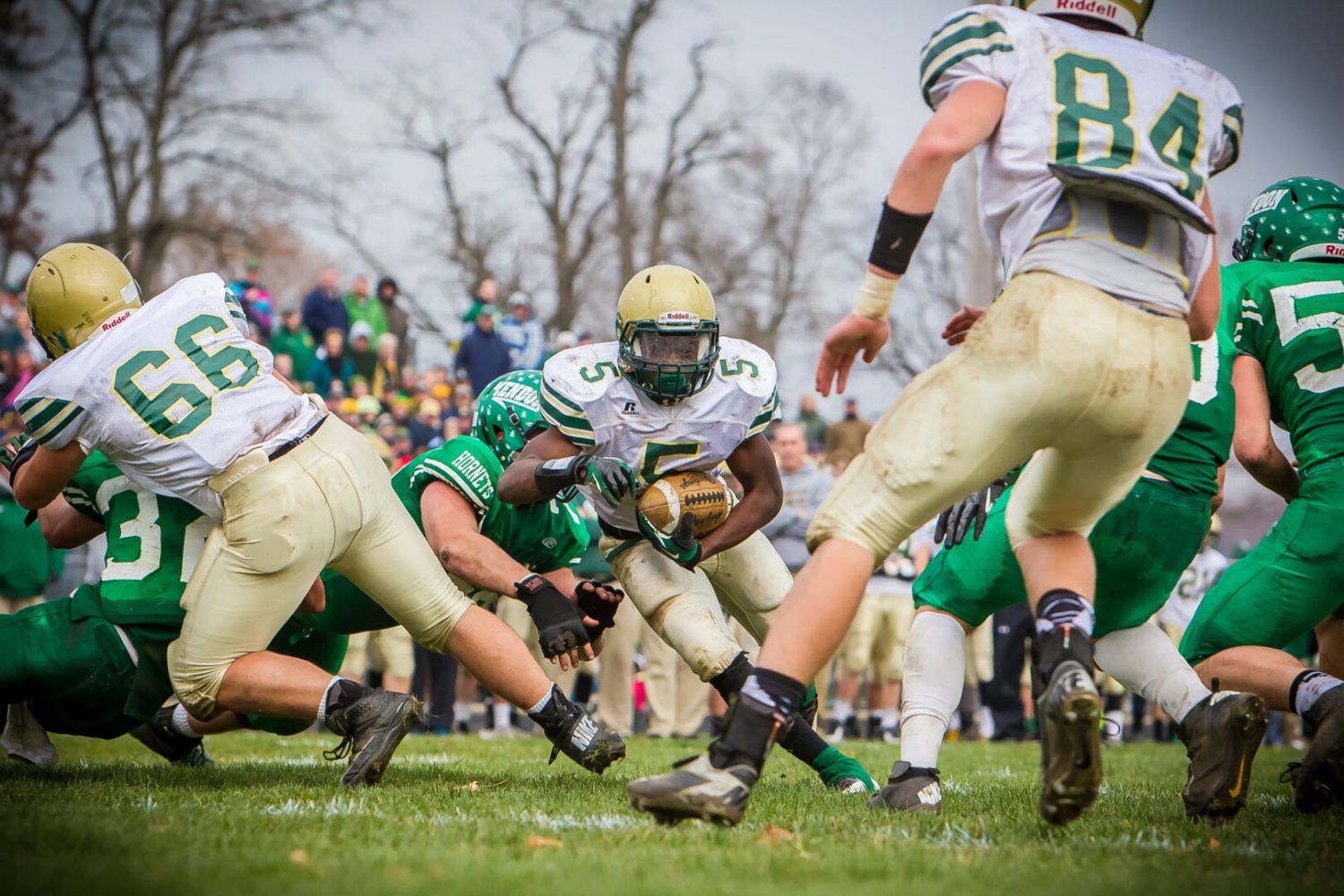