Last month, the Local Sports Journal published a 24-page high school football preview section. Here is the preview story on the Hart Pirates. If you would like to purchase a copy of the football section, send an email to [email protected]
By Mark Lewis
Local Sports Journal
There hasn’t been a whole lot to cheer about for Hart High School – at least when it comes to the football team.
The school’s last winning season (5-4) was in 1997, and there haven’t been back-to-back winning efforts since 1984-85. Prior to that, the Pirates went 15 years without a winning season. 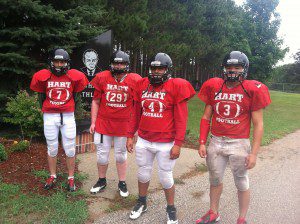 And yet, coaches around the West Michigan Conference are buzzing about this year’s squad from Hart, wondering if the usually reliable pushover might not be so easy to push over this year.
And leading the charge, front and center, is third-year Pirate head coach Steve Hlady, whose friendly, yet driven, demeanor suggests he’d like nothing better than to shock what many consider to be the toughest small-school league in the state.
But then, every former head football coach at Hart has wanted that.
The difference this time, said Hlady, will be the consistency he and his staff provide. That is, consistency of message and consistency of purpose.
“The expectation has been set,” said Hlady, over the sounds of a remodeling project going on just outside the classroom door. “We’ve installed off-season workouts, gotten into the weight room, attended camps. In the past, the stuff most teams do, we weren’t doing. And it showed on the field.”
But the old excuses won’t work anymore, said senior Kyle Nielly, a two-way starter on the line.
“(Coach Hlady will) drive you even!” Nielly said. “He’s the most dedicated person on this team.”
To make the point, teammate John Zarzoza, a guard/linebacker with a never-ending motor, takes it even further to make the point.
“Coach Hlady, all the coaches, they never give up on us,” he said. “So we stay and give them everything we have.”
Indeed, the commitment itself has paid off for everybody.
“The seniors are stepping up, everybody is stepping up, and you can feel the dedication level rising,” said senior halfback Randy Facundo. “It’s different now.”
“It’s time to start a new tradition,” adds Nielly, whom Hlady said “has never missed a single workout.”
Senior Tyler Oomen will start the offense under center with Facundo and senior Alex Brown, who returns to football after a couple seasons off, taking most of the handoffs.
Senior Aaron Hepworth will assist Nielly on the line, with junior JR Hinojosa at tight end and defensive line.
The team also welcomes senior running back/linebacker Jim Moore, who has impressed the staff despite this being the first time he’s played varsity football. Joe Philips, a junior, will back up Oomen and start at safety.
Despite all the help at running back, the key to the offense may just be junior Brandon Amstulz, who is charged with replacing all-conference receiver Jordan Truxton, who burned the league’s best defenses in 2011.
“Brandon’s very athletic,” said Hlady. “He will make a difference.”
Hlady takes the position that a scarcity of players has actually helped the team. Due to the elimination of the JV team, eight players will now be playing their fourth season of varsity football.
Combine that with the fact that four starters on the line return, and throw in a group of physical, punishing backs, and you could be dealing with dynamite.
Hlady has been here before. As a player at Montague, Hlady played for a program that, over his first three years (1998, 1999, 2000) went 5-4, 0-9 and 3-6.
“We went 10-2 (losing to Schoolcraft 42-38 in the regional final) my senior year,” Hlady said. “I saw how things turned around; we have to get our kids to buy in. It’s as simple as that.”
Positivity aside, the Pirates’ schedule is a killer. Visits to Shelby in Week 5 and to Whitehall in Week 7 will be critical, as will home games versus Oakridge in Week 4 and Ravenna in Week 6. Oh, and
Montague visits in Week 2.
So, Hlady does what anyone would do when faced with a climb up Mt. Everest. Hlady keeps his eyes in front of him, keeps moving upward toward the goal at the top. He’s focused on Week 1 against Onekama.
“How we start will determine how this season is going to go,” Hlady said. “In fact, the first third of the season will be critical for us. After the North Muskegon game (in Week 3), we will have a pretty good idea what we have and what we’ll need to do to get better.”
But, with any team looking to form a sustainable tradition, winning is only one piece of a much larger puzzle. Earning respect on the field, said Hlady, will be this team’s reward.
“We’ve given the kids plenty of challenges,”  Hlady said, “and they’ve responded to them. Now, we’re all just hoping that these kids get what they deserve.”
Facundo said doing the unthinkable isn’t out of the question.
“Sure, we want to have a winning record,” he said. “But we really want to make the playoffs.”
Then he added, “And it’s because of where this program is at that I think we can do that.” 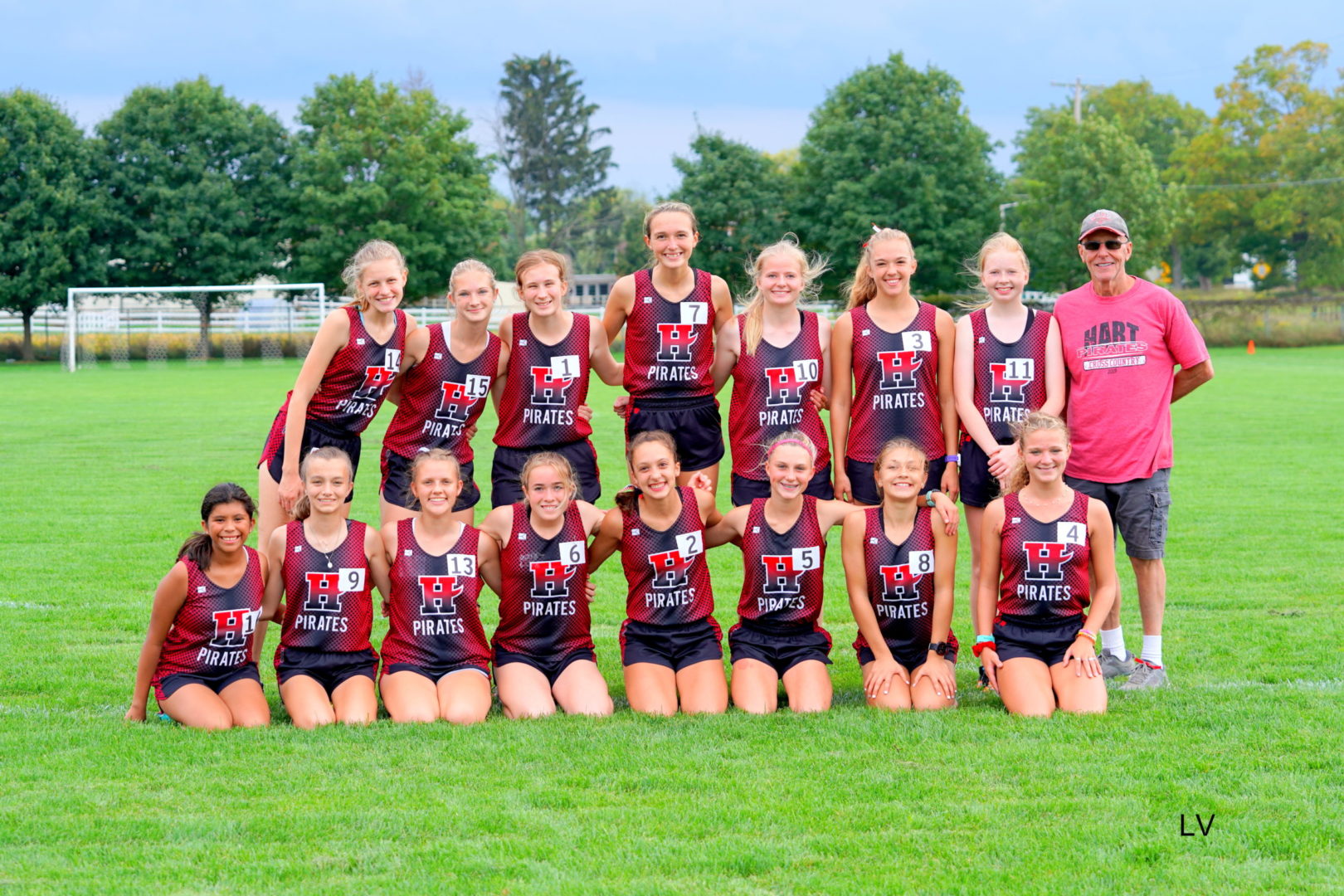