LSJ preview: Shelby shooting to be a football school too

Last month, the Local Sports Journal published a 24-page high school football preview section. Here is the preview story on the Shelby Tigers. If you would like to purchase a copy of the football section, send an email to [email protected]
By Mark Lewis
Local Sports Journal
Shelby has long been thought of as a basketball school.
Head football coach Lorenzo Rodriguez  couldn’t understand why the school couldn’t field a respectable football team as well. 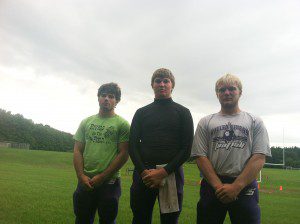 Shelby is looking to vie for the WM Conference title with such leaders as running back Nathan Lutz, quarterback Spencer Peters and lineman Jeremy Lambrix. Photo by Mark Lewis.

“This school has a great sports tradition, including football,” Rodriguez said. Rodriguez points to the team’s success in the 1970s, when the school had just two losing seasons, and sported an unblemished 8-0 record in 1975.
“Surely, there are athletes here that could get the job done on the football field too,” he said.
Still, playoff wins for Shelby are a rare thing, having won just one playoff game – a 24-13 victory over Shepherd in 2001 – since the playoffs started in the mid-1970s.
And then there is the fact that, prior to Rodriguez’s arrival, Shelby had – from 1991-2006 – just three winning seasons and seven seasons with two victories or less.
Things started back in the right direction in 2007, with the Tigers putting together five-straight winning campaigns, including last year’s share of the conference title, their first since 1977.
For Rodriguez, and perhaps the rest of the community in Shelby, the past half decade is proof-positive the team is making concrete progress toward a consistent, winning tradition.
“First off, the rise of this program is a group effort,” Rodriguez said. “The kids have done all that we’ve asked; the staff has worked its tails off; the community has been on our side every step of the way. The progress we’ve made has been nothing short of tremendous.”
An offseason strength program has been the difference for the Tigers.
True, Rodriguez said, the athletes were there all along. They just weren’t physically strong enough to keep up with the competition.
“That won’t be an issue anymore,” said senior tackle Kyle McGrew, his size indicating the truth of his statement.
“We’re looking to keep this thing going,” senior quarterback Spencer Peters said. “Making it to the playoffs is a step. Now we are looking to take the next step.”
McGrew will be joined in protecting Peters, who replaces last season’s signal caller Kody Plummer, by a veteran crew of linemen, including Jeremy Lambrix, who makes all the line calls, Gram Herring at left tackle and Dylan Ackney at right guard.
Running back Nathan Lentz will be a huge piece of the offense, as will receivers Shane Kajtazi and Devin Mussel.
Defensively, along with the crew of two-way linemen, the Tigers’ defense will be led by linebackers Ben Schroeder, who finished with more than 100 tackles last season, and Forest Courtright, who replaces his brother, Mason, in the middle. Peters will lead the defensive backs.
“Up front, everybody returns,” said Rodriguez, “So, we are going to move a lot of people.”
Nevertheless, consistency at the skill positions will be critical to the team’s success, Rodriguez said. This is where the offseason work will be particularly noticeable.
“We have some athletes to replace, but we are replacing them with athletes, so I don’t anticipate much drop off in that area,” Rodriguez said. “Really, I think this offense is ready to take it to the next level. So far, it looks really good.”
The schedule opens with Grant and North Muskegon on the road, and then the team travels to its first big contest of the season, at Whitehall on Sept. 7.
“It’s going to be a good, early-season test for us,” Rodriguez said of the Whitehall contest.
If Shelby does weather that gauntlet, the playoffs will present another challenge for the team.
“The expectation is to move beyond the first round,” said Rodriguez. “The first goal is to win the conference, preferably outright. Then our focus will turn to how we can be more successful in the playoffs.”
While success will be determined by their play on the field, Rodriguez said the Tigers’ success will somewhat be shouldered by himself and the rest of the coaches.
“The kids have done the work, they’ve put the ball in our court,” he said. “Now it is up to us, as coaches, to not let these kids down.
“We’ve set some pretty high expectations. Now it is up to all of us, our staff included, to take the team to the next goal.”

Ludington wins all three volleyball matches at the Fremont quad 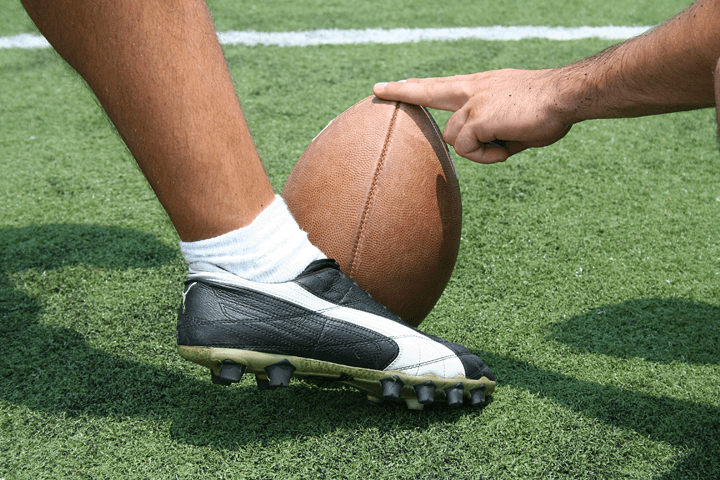