They stand alone after a dominating performance in a 4-1 victory over rival Reeths-Puffer on Tuesday night.

Both teams came into the match at 4-0 in the league, but it was Sailors (10-1-1, 5-0)  who used their speed and depth to secure a hard-fought victory on their home field.

“They are a fantastic team,” Reeths-Puffer coach Keith Knapp said. “They’ve got depth with so many seniors who have played together for so many years.”

The senior leader on Tuesday was Jacob Carlson, who notched three assists. The Sailors’ goals were scored by sophomores Nate Hoover and Jake DeRemer along with juniors Christian Zurchauer and Grant Fortenbacher.

Reeths-Puffer’s lone goal came in the second half on a penalty kick by Bradley Macomber.

“It was unfortunate to give up the PK, but it was a good call,” said Sailor coach Jeremy Leffring, whose team has allowed four goals in 12 games, two of which have come on penalty kicks.

Shores came out flying in the opening half and had several quality chances, but it wasn’t until Hoover spun and fired a shot off the bounce into the net behind Rocket goalkeeper Troy Gilmore.

When the Rockets did penetrate the Sailors’ defense zone, senior Harrison Cannon was there to thwart any good scoring chances.

In the second half, Macomber had an open shot from 25 yards out that sailed over the crossbar. The Rockets did muster up some offensive pressure in the early going of the second half.

With 24 minutes remaining, the penalty kick was awarded and Macomber blasted a shot into the net behind Sailor keeper Joey Wolffis.

Soon after that tying goal, Shores flashed its speed, deceptiveness and ability to finish its scoring chances.

Carlson worked the ball down low to the left of the Rocket goal and fired a pass to the front, where DeRemer redirected it home for a 2-1 lead. That goal came with 19:33 left in the game.

Less than seven minutes later, Carlson set up Zurchauer, who broke through the Rocket defense and slipped the ball into the net.

The scoring wasn’t finished as Carlson, again, set up a goal. This time, the Sailors made several quick passes across the goal mouth and Fortenbacher blasted a low shot just inside the near post for the final goal of the evening.

“In the second half we came out with more energy and momentum,” Knapp said. “It really shifted things our way, but then they stuck in their second goal and No. 3 and 4 came soon after.”

The Rockets came into the game with four injuries, including three starters.

“It’s been a long time since we’ve had a full roster,” said Knapp, whose team fell to 9-4.

The rematch is Oct. 11 at Reeths-Puffer. 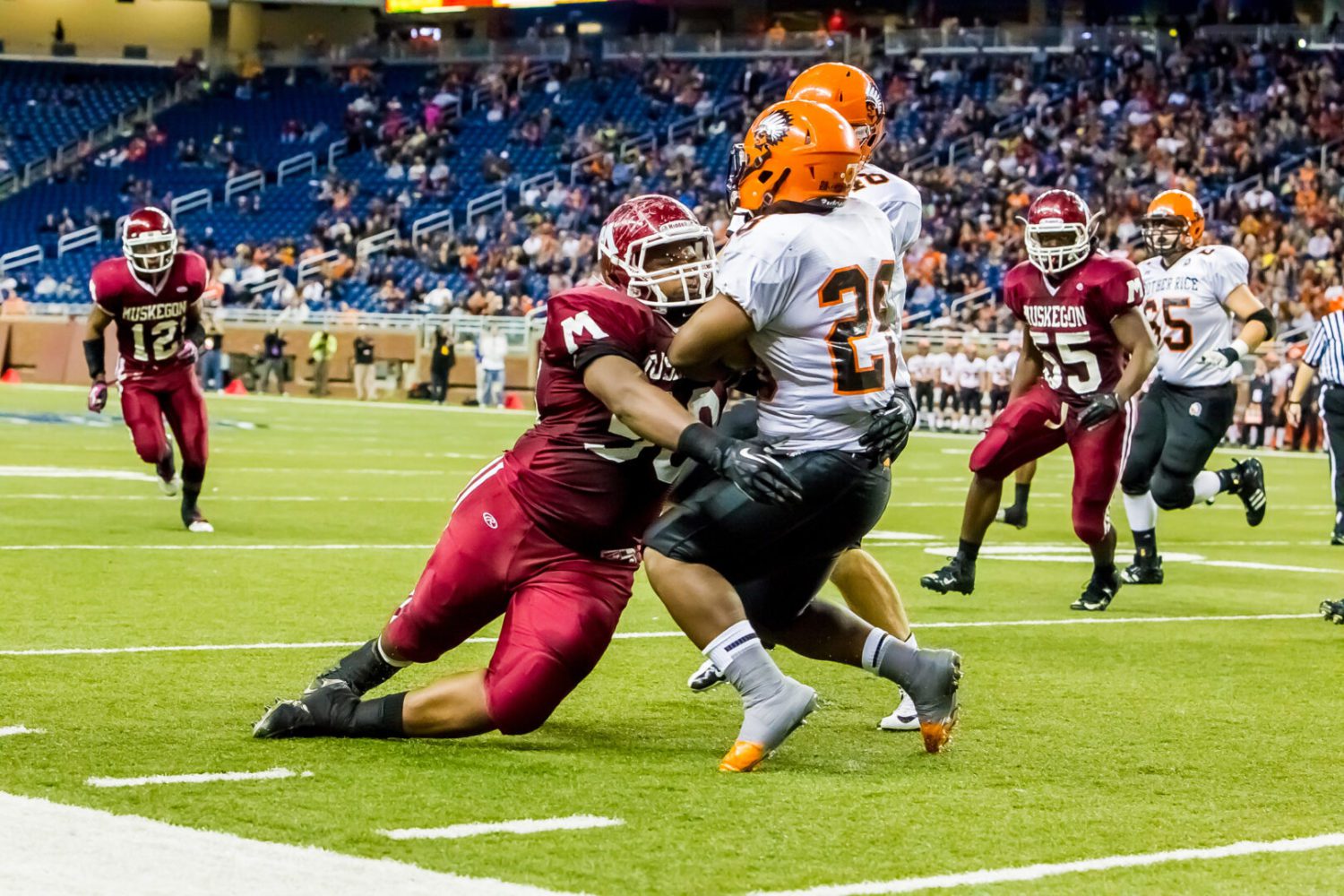