SPRING LAKE – A timely return, an impressive debut and a defense that wouldn’t budge helped Spring Lake stop a three-game losing streak and earn its first Lakes 8 Conference victory of the year.

The host Lakers got two first-quarter touchdown runs from Cody Berkobien, scored 19-0 points in the quarter and rolled to a 49-0 win over Orchard View on Friday.

Berkobien, who missed last week’s game at Grant due to injury, scored from a yard out and then on a 60-yard sprint down the sideline to put Spring Lake (2-3, 1-2) up 12-0 just 6 minutes into the game.

The senior fullback had 109 yards rushing on six carries in the Lakers’ first two drives, and finished with 15 carries for 184 yards on the night.

“Cody has a deceptive running style,” Lakers coach Jerry Rabideau said. “He can run through the first tackler then run away from guys.”

Trailing by 12 points and having run only three plays, the Cardinals (2-3, 2-2) looked to cut into the Lakers’ lead with its air attack. But OV’s sophomore quarterback Kris Wells was promptly picked off by defensive back Charlie Warber, who returned the ball 20 yards for a 19-0 Lakers lead after one quarter.

“This year, we’ve had a tough time coming out and getting started,” Cardinal coach Joe Tanis said. “(Spring Lake) was ready to go. We were outcoached and outplayed.”

The early lead made things much easier for Lakers’ quarterback Mark Williamson, who was making his first career varsity start as a sophomore.

Things would not go much better for Orchard View in the second quarter.

After holding Spring Lake to a three-and-out, the Cardinals got the ball back, but were forced to punt, only to have the punter ring the ball off the back of his own teammate and set the Lakers up with a first down at the OV 11.

Three plays later, Jeffery Marod took a pitch from Williamson and walked in from 5 yards out.

Spring Lake kicker Carter Bench added a 30-yard field goal with 34 seconds left in the first half and the Lakers headed to the break with a 29-0 lead.

“Our opening drive was a nice sustained drive,” Rabideau said. “(But) that interception (for TD) really set the tone. (Williamson) could really relax after that and run the offense.”

The Cardinals, who ran 20 plays for 7 yards in the first half, took the ball to start the second half and promptly went three-and-out. The Lakers responded with a 9-play drive that resulted in Berkobien taking a pitch from Williamson on the option, avoiding two tacklers and rolling 50 yards for a score.

“We’ve been hoping that the offense would start going this way,” Berkobien said. “We threw a lot of formations (OV) didn’t know in and (Williamson) did a great job making all the right reads.”

With a 35-0 lead and a running clock midway through the third quarter, the Lakers were on cruise control on offense, but the defense continued to harass the Cardinals.

After the Berkobien TD, Orchard View returned the kickoff to the 25-yard line, only to fumble the ball back to Spring Lake on the ensuing play.

Mark Pierce would score from 5-yards out for a 42-0 lead, and Warber, who took over at quarterback, would add a 3-yard score for the Lakers’ final touchdown.

Spring Lake’s defense would snuff out a late Cardinal drive at the end of the game to complete the shutout. Orchard View would finish the game with three turnovers, 38 rushing yards on 18 carries and 3-of-17 passing for 18 yards.

The Lakers finished with 372 total yards, 347 coming on the ground on 47 carries. Williamson completed 3-of-4 passes for 25 yards and carried the ball 12 times for 33 yards.

“I definitely have to give credit to the offensive line,” Williamson said. “And having (Berkobien) back was a big help. He’s hard to tackle and he really jump-started (the offense) for us.”

Jakob Frederick, who rushed for 41 yards on five carries, had six tackles on defense while AJ Lisman added seven. 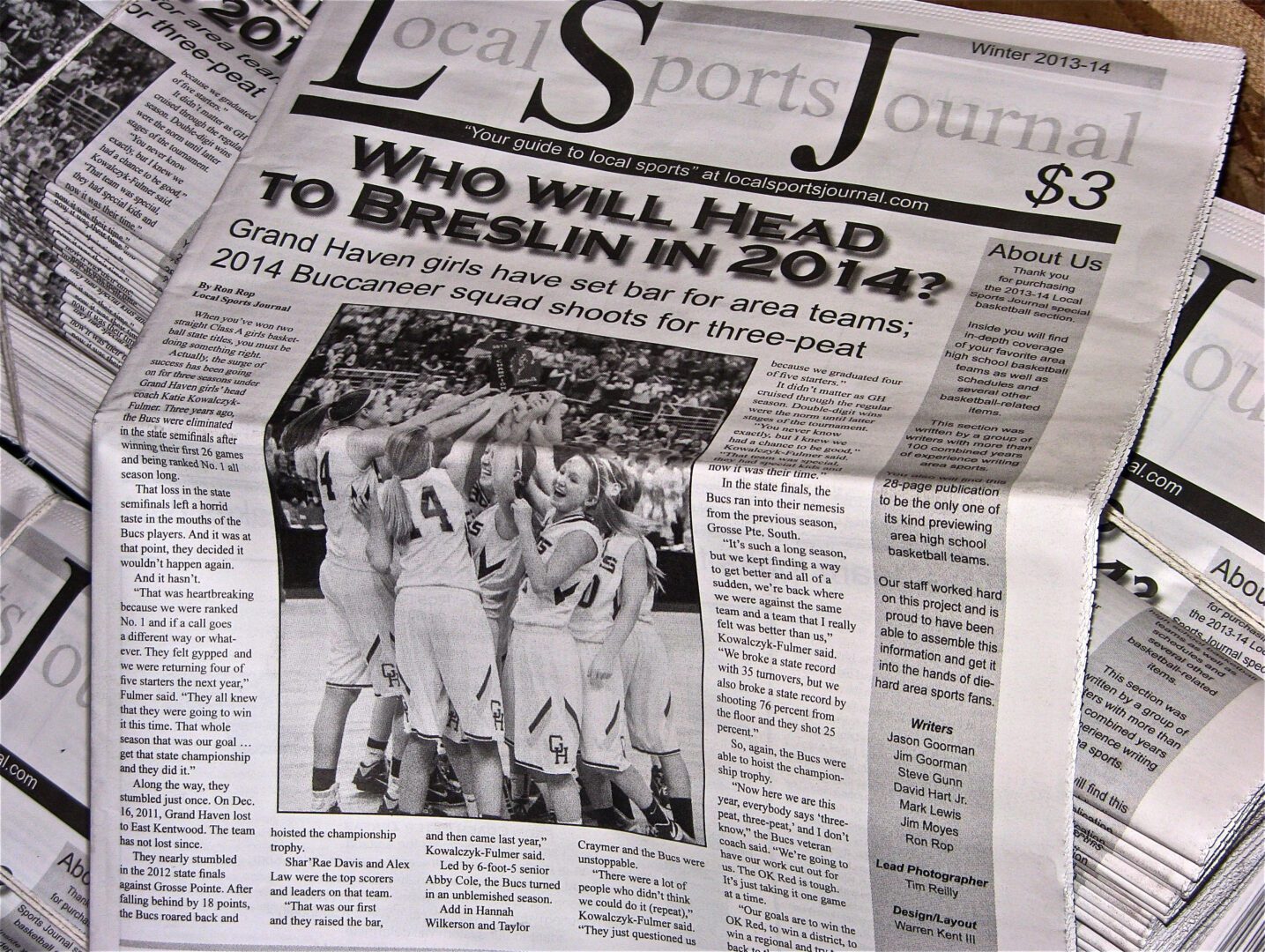