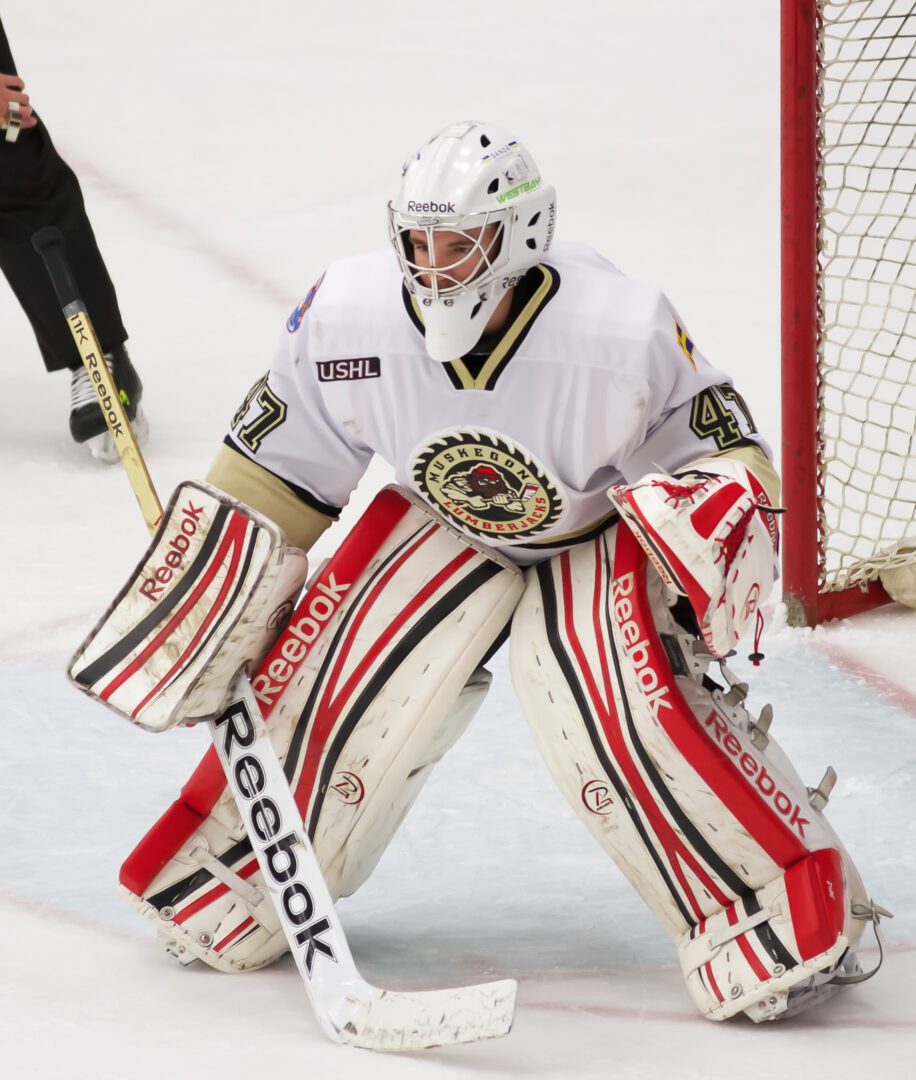 The Muskegon Lumberjacks don’t need a whole lot of scoring chances when you’ve got a goaltender like Kevin Lindskoug guarding the net.

On  Saturday night, Muskegon mustered just 18 shots on goal, but scored four goals in a 4-1 victory over the Indiana Ice. The game attracted 3,090 spectators at L.C. Walker Arena on “Jacks Fight Cancer” night.

“We work on it in practice, we talke about it in games … shooting the puck,” said Lumberjacks coach Jim McKenzie. “We still have guys who won’t shoot the puck. They are looking for one extra move before they shoot or they are looking to pass.

“We have some guys with really good shots and are good shooters and they shouldn’t be passing, to be honest,” McKenzie said. “They need to shoot the puck more. We are getting opportunities.”

Lindskoug had another solid weekend. He posted his league-leading sixth shutout of the season in Friday’s victory and was within 6 minutes of a second-straight shutout. However, a power-play goal at 14:03 ruined that bid.

“Kevin was great,” McKenzie said. “It was a big weekend, four points. We need to get as many as we can because teams keep winning that are around us.”

For the weekend, Lindskoug allowed one goal and raised his record to 17-9-3.

Rinat Valiev scored the power-play goal for the Ice at 14:03 that pulled the visitors to within two goals at 3-1.

Four minutes later, Cox scored his 12th goal of the season to put the victory away.

“We do some really good stuff and we pay the price in certain areas and do the really hard stuff, but we don’t then we don’t do the smart stuff,” McKenzie said. “We do work hard, but I thought they  jumped us early and came out harder than we did.”

Muskegon improved to 21-13-5 for 47 points in the USHL Eastern Conference standings.

“Any win is a good win,” McKenzie said. “Better to win ugly than lose pretty.”

Muskegon Lumberjack honored as USHL defenseman of the week