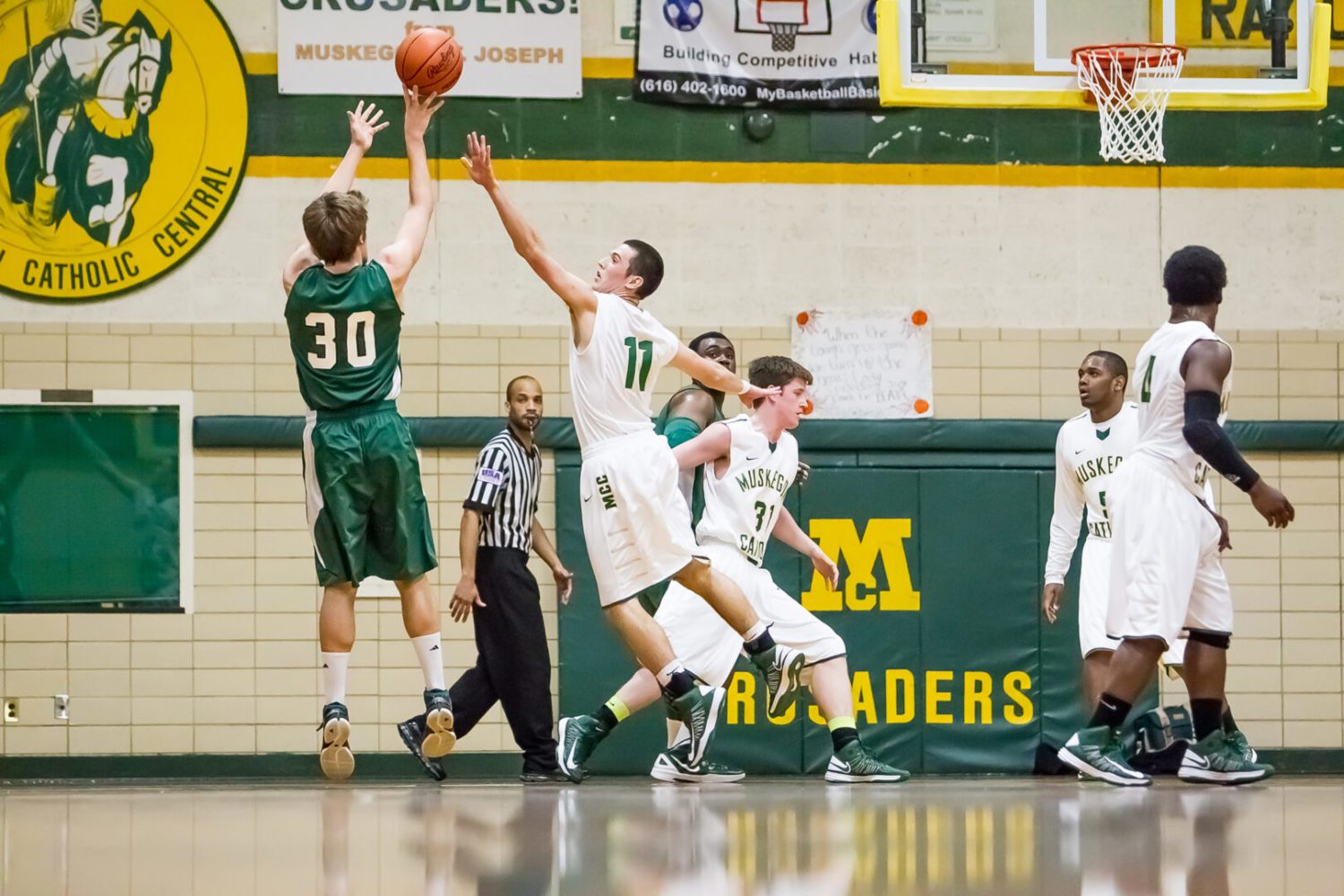 The atmosphere was electric for yet another boys basketball game between the Western Michigan Christian Warriors and the host Muskegon Catholic Central Crusaders.

Why should it be any different than any other game? There were a couple of differences as two first-year coaches experienced the rivalry for the first time as head coaches. This time around, Kyle Mastenbrook and his Warriors escaped with a 55-48 victory before a capacity crowd.

“I expected it to be a lot of fun,” said Mastenbrook, whose team is 9-3 and armed with an eight-game winning streak. “I expected it would be a really tough game. It was physical and Muskegon Catholic is a physical team that can defend. They made us earn all of our points.”

Henry DeKam and Nate Taylor, a pair of WMC seniors, led the way with 21 and 14 points, respectively. DeKam, who had eight rebounds, scored 10 points in the opening quarter and Taylor hit 5-of-6 free throws down the stretch to fend off the Crusader comeback bid. Bernard Smith was limited to eight points, but two of those came on a monstrous ally-oop dunk on a pass from Christian Brower.

“They put a lot of focus on Bernard and made it tough for him to score and left things open for other guys and that’s why it’s a team game,” Mastenbrook said.

WMC led 24-20 at the half, but the Crusaders’ offense came alive in the third quarter, led by junior guard Adam Callow, who scored 13 of his 17 points in a quarter in which MCC was able to take the lead.

It appeared the Crusaders would take a three-point led into the final quarter until Taylor launched a  3/4-court shot that rattled in to tie the game at 40.

With the outcome still hanging in the balance, both teams scored some big buckets.

John Daniel hit a long 3-pointer to cut a six-point WMC lead in half with 16 seconds remaining. But Taylor finished things off with two free throws with 18.8 seconds left to put the game out of reach.

“We had to play a great game to beat them,” Mastenbrook said. “Give them all the credit in the world. I was happy to come away with a tough win.”

Besides Callow’s 17 points, Daniel finished with 15 points and Cari Campbell had 11.

“For Adam Callow, it was his first breakout game,”Jordan said. “He had been struggling and today he hit shots. It makes us a better team when he’s knocking down shots.”