The first attempt at a girls all-star fastpitch softball game produced plenty of excitement on Tuesday night at Marsh Field.

However, there was no winner as time constraints led to a 7-all standoff between the Blue Belles and the Red Raiders.

The Blue Belles battled back from an early deficit, fell behind, then scored a run in a rather unconventional manner to tie the game for good in the bottom of the seventh inning.

With two out and none on in the bottom of the seventh, Holton’s Cassidy VanBlargan reached on an infield single. When she went to steal second, the ball was thrown away and she hopped up and headed toward third. It appeared that a decent throw would lead to an easy tag and the end of the game. However, the ball skipped past third base and VanBlargan headed for home. Again, it appeared she would be an easy out, but VanBlargan slid in safely and the game was tied.

In all, there were 11 errors in the game, including eight by the Red Raiders.

The Red Raiders scored two runs in the opening inning thanks to singles by Hesperia’s Riley Martin,Clinton’s Cami Prater and Montague’s Kirsten Gjertsen.

The Raiders plated two more runs in the fourth, sparked by an RBI single by Reeths-Puffer’s Shelbie Alsteens and a groundout by Gjertsen.

The Blue Belles scored four runs in its half of the fourth to pull to within a run. Shelby’s Brooke Morse plated a run with a single to right and VanBlargan tripled home another.

The Belles scored two more in the fifth to take a 6-5 lead. Ravenna’s Laura Williams doubled home one run. 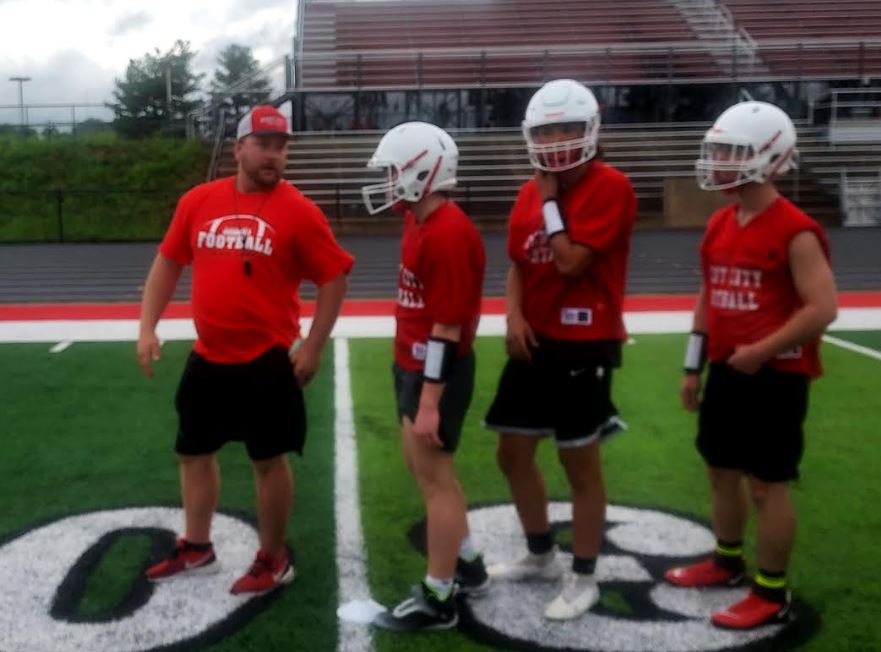 Grand Haven gets a walk-off win in opener, sweeps Grandville in softball 5-4 and 15-5