Memories of Moyes: Muskegon Area Sports Hall of Fame delivers another memory for this ole’ announcer

There are not enough words in my limited vocabulary to thank all those who made this
year’s Muskegon Area Sports Hall of Fame banquet one that I will never forget.

Although I have attended all but one of these ceremonies over the past 27 years, nothing can top the moment when the announcement comes that you’ve been tapped to be a part of this legendary group. 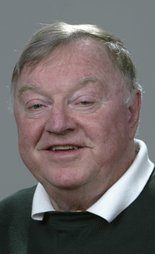 I always had a few butterflies fluttering in my system when I was called upon to emcee this banquet for 14 years, but a totally different amount of excitement gripped me on this very special evening when I received the Distinguished Service Award.

The annual Sports Hall of Fame banquet is one night where one can wade through the pre-banquet cocktail hour and once again meet so many of our sports icons who have contributed to our proud sports tradition.

Area old-timers can compare this night to the days from the 1940s and 50s when annually there would be a huge sports banquet following the football season at the Muskegon Elks Club.

There were nearly 30 current hall of fame inductees on hand, as well as countless other loyal sports enthusiasts, friends and family to shake hands with and exchange gleeful hugs.

Following the well-prepared and delicious prime rib dinner at the Muskegon Country Club, the show got on the road by honoring our top male and field athletes of the year.

The hall of fame hit a grand slam home run with this year’s picks.

This great area may not have another female athlete like Grand Haven’s Abby Cole.  Abby was arguably the top female athlete in the state in TWO SPORTS, volleyball and basketball!

Like only Tom Kendra can, he portrayed this amazing superstar for being much more than just a great athlete, but one who was so loved and respected by all her teammates and coaches.

Although Cole has announced she will play only volleyball at the University of Michigan beginning this fall, don’t think for a minute that this classy superstar won’t be hounded by the U-M girls basketball coach once the volleyball season comes to a close.

I was fortunate to spend a few moments with Abby’s coach,  Katie Kowalczyk, following the banquet. Katie kindled some fond memories for me when she brought up the name of her own high school coach at Caledonia, Paul Peterman, who she mentioned as being so instrumental in her brilliant career.

Peterman was an outstanding high school basketball player back in the 1970s at Muskegon High School, as well as at Grand Valley University.  Following his collegiate career he took over the reigns as the girls basketball coach at Caledonia High School where one of his star players was Kowalczyk.

How many recognize that Peterman was a member of the first group to be inducted into the Grand Valley Sports Hall of Fame in 1986?

Tragically, Paul Peterman passed away shortly into his career.

“It hard to believe that this wonderful man was only 29 years old when he left us,” said Kowalczyk.  “It would be great if Paul someday could be included in this Hall of Fame.”

Reed Hrynewich from Mona Shores could also arguably be the top athlete in the state in his two sports of hockey and golf.

And although we live in the perfect climate that has now produced some amazing hockey stars, it is amazing to me the number of great high school golfers this area has produced, despite not being able to play outdoors 12 months out of the year.

Boy standouts like Brandon Gielow, The Beckstrom brothers, Andy Ruthkoski, and on the distaff side, Laura Kueny, and just this past year, North Muskegon’s Aya Johnson.

The induction of the 1994 Holton state championship volleyball team was a well deserved honor.

Following the banquet, I was talking about this magnificent team with my daughter, Kasey, as she had the ‘misfortune’ to have to play against this Red Devil squad while playing for North Muskegon.

“They were so good they would embarrass you.” said Kasey.

Kasey recalled a moment of when she was a setter at NM; her hall of fame coach Karel Bailey wanted her to pay special attention to Holton super star Amy DeLong.

Kasey nodded her head, but after DeLong made yet another backhanded over the head perfect set from one side of the net to the other – thought to herself, “there’s no way I’m ever going to be able to do that.”

Many of the area all-time great volleyball coaches, including hall of fame coach Karel Bailey, and Dan Potts, winners of many state volleyball titles, were unanimous in their opinion that this Holton team was a no-brainer to be the first volleyball team inducted into our hall of fame

And what a moving moment it was when Josh Keur and his wife Jennifer Thornton-Keur, a great player on that Holton team, lovingly embraced when it was noted that they are now the first husband-wife couple in the hall of fame.

I only saw Jack Sprague through the magic of television while he was dominating his sport of auto racing.  Sprague’s accomplishments on the ovals of the racing circuit only add to our growing luster of this area’s enormous amount of talented performers.

How ironic that the two hall of fame coaches with the most coaching victories, Jack Schugars in football, and Jim Goorman in basketball, never played the sport at the varsity level in high school.

This is not that unusual in the coaching fraternity as one might be surprised to know that Jim Leyland never played in the Major Leagues and Tony LaRussa and Dodger icon Walter Alston only had a cup of coffee.

Jim Goorman mentioned how honored he was to be a part of the same group currently in the hall.  I doubt if there is a single community of this same size in this entire great nation that can boast of the talent that has come out of here.

I always knew Jim Goorman was a baseball guy. (He once confessed to me it was always his favorite sport).  What an honor it was to have known and worked with this classy guy over the years.  Jim gave a wonderful acceptance speech.

I now know how past inductees felt when I went up to give my speech. It was so fitting that my longtime sidekick, and longtime hall of fame president, Gene Young, presented me into the hall of fame.

I was so moved following Gene’s emotional words, and the unbelievable reception I got from the large crowd in attendance, that I couldn’t read my notes.

One – I left my cheater glasses back at my seat, and two – my eyes had clouded up with tears of joy. But just like so many others, I could only speak from my heart.

However, I was appalled when I later looked at my notes I had prepared to discover I had forgotten to mention some of those I wanted to thank that were in attendance.

Amongst those I forgot included former teammate Ron Simonelli, broadcasting partner in the booth Joe Coletta, the father-son combination of Dave and Jeff Cooke, boyhood pal and basketball rival Dennis Potuznik and undoubtedly many more.

Even though I may still be down in Florida at this time next year, you can be sure that I will take the time to mark this date on my calendar.  Let’s hope gas doesn’t cost $5 a gallon (or more) when I begin my 1,165-mile journey.

Thanks again Muskegon for this unforgettable Moyes Memory. 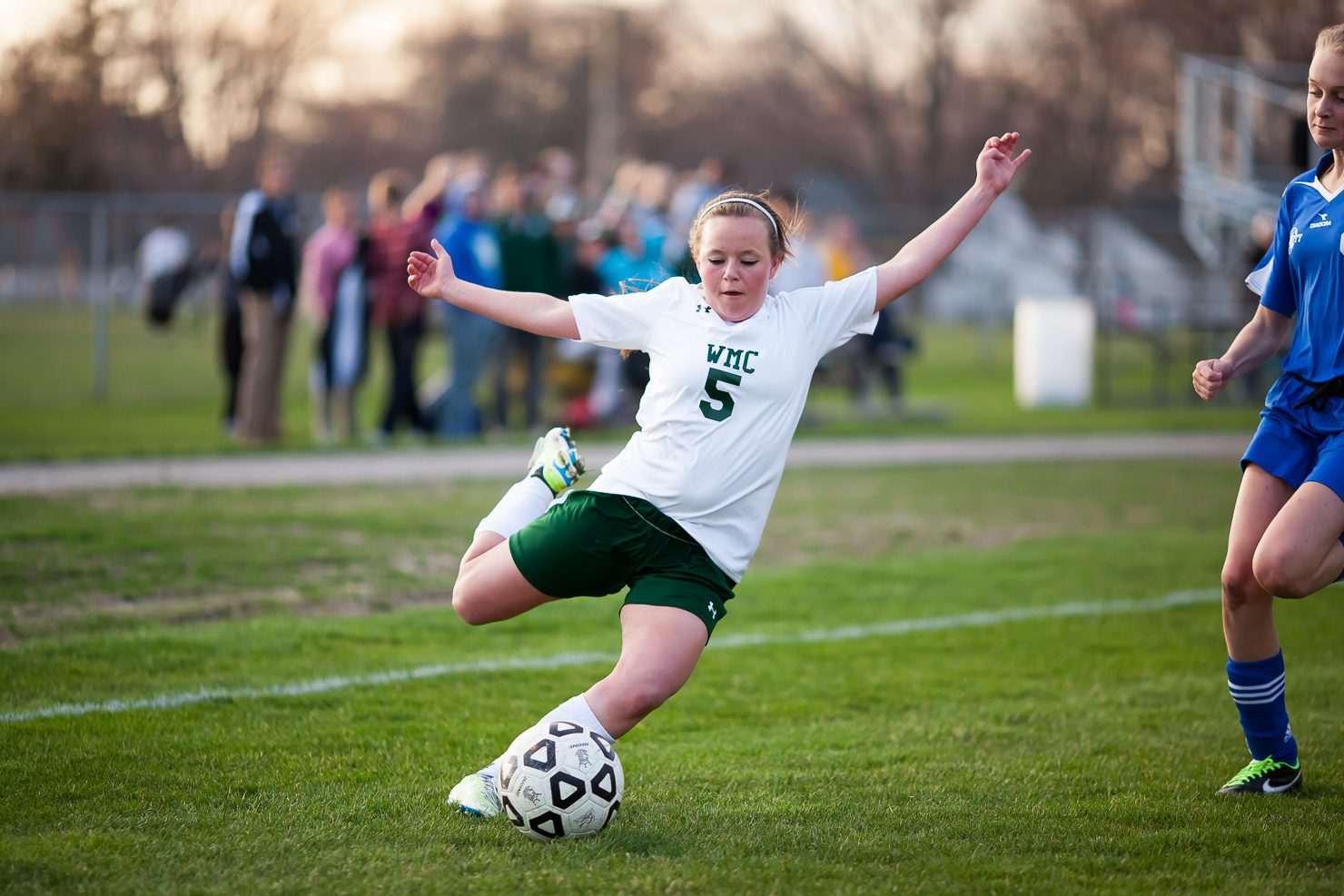