The Oakridge Eagles earned a spot in next week’s soccer regionals with a 5-0 victory over the Orchard View Cardinals on Saturday.

The game was played at Oakridge.

The Eagles got rolling 8 minutes into the game on a goal by Emily Jacoutot. Aliza Olsen sent a centering pass from the touchline and Jacoutot made a solid run to the back post and fired a shot into the net. That goal pushed the momentum into Oakridge’s favor. The Cardinals had come out of the blocks and had several good scoring chances before the Eagles got on the board.

Four minutes later, Ashley Weaver gave the Eagles a 2-0 lead with a goal that was assisted by Keyara Wiard, whose pass from the middle of the field found Weaver, who beat two defenders and broke in on goal.

That goal came while the Eagles had the wind in their face.

“The second goal was, again, huge because OV had the strong wind at their back and to go up 2-0 against them allowed our girls to settle in and play some good soccer for the remainder of the game,” Eagle coach Jeff Lohman said.

In the second half, Morgan Larabee scored with assistance from Mackayla Zimmer.

“I was impressed with their composure,” Lohman said. “For Makayla to have the patience to drop the ball back away from goal after she realized she was under pressure and that allowed Morgan to have a quality finish.”

Zimmer scored a goal of her own just past the midpoint of the second half. Jacoutot was credited with the assist.

Kaitlyn McLain scored the game’s final goal on an assist from Wiard 32 minutes into the second half.

Oakridge travels to Big Rapids at 5 p.m. Tuesday to face Cheboygan in a regional semifinal game. 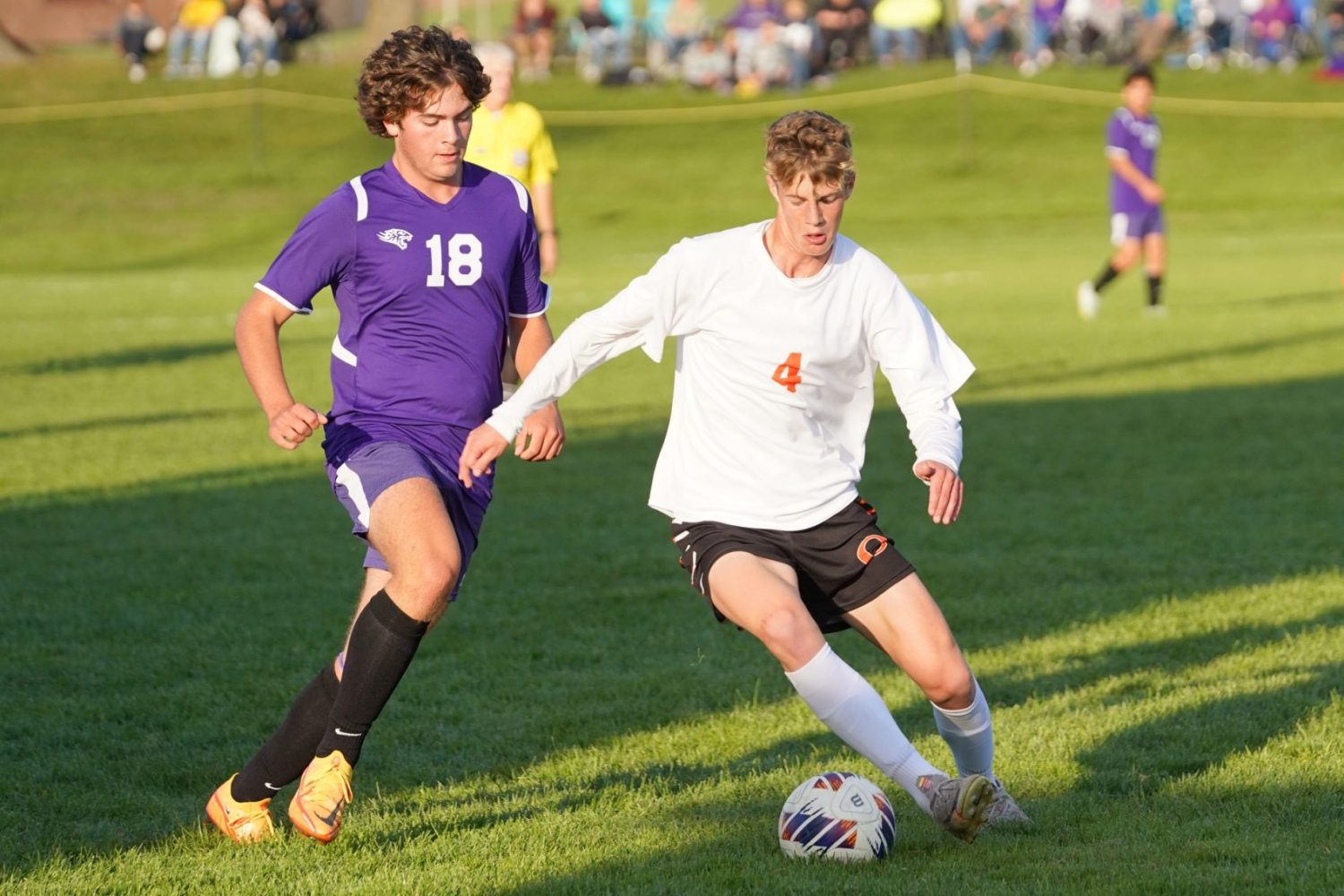