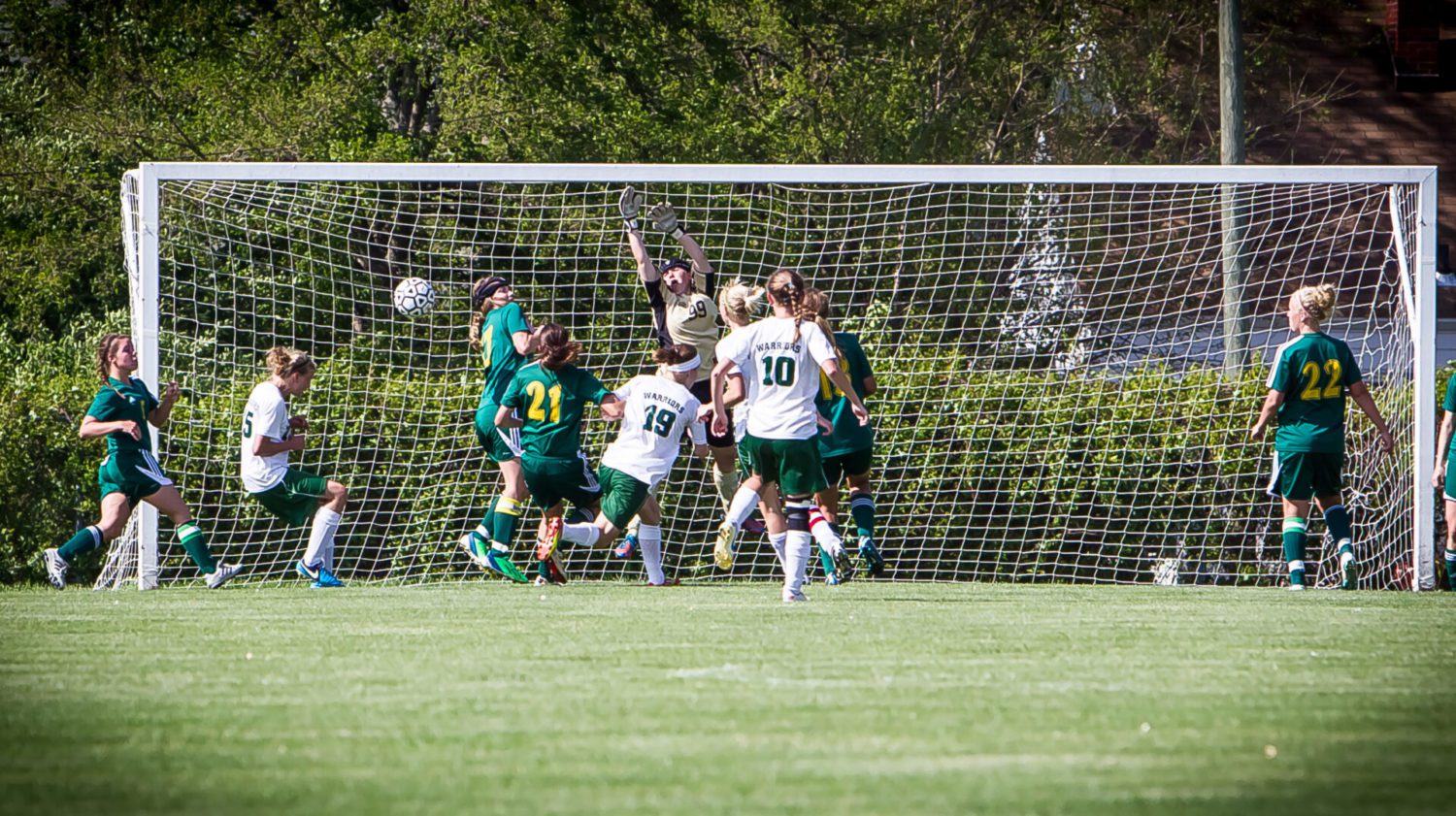 You’d think that would translate into many more and a lopsided victory over Charlevoix.

Instead, the Warriors had to hang on for dear life in a 2-1 victory over the northern visitors. The outcome puts WMC (16-4-2) into the 7 p.m. Friday regional final game against No. 2-ranked Grandville Calvin Christian, which defeated Hart 6-0 in the evening’s first game.

“We got started, didn’t we?” said WMC coach David Hulings. “I thought that was going to be good for the whole time, but that team never quit.

“I told the girls they had to travel a long way on a little bus and if you can come out and score really quick, and Calvin scored in the first 59 seconds of their game so we thought we had to do something.”

That quick goal came off the foot of sophomore Alexys Riksen with assistance from freshman Brea Frein.

“That was a great hit, a chest trap, a one-touch volley in,” said Hulings. “Alexys was on because she was passing well, she was distributing and we liked what we had. Our defense was really superb.”

The Warriors took a 2-0 lead with 14:37 remaining in the first half when Riksen unloaded from long range. Her shot hit the bottom of the crossbar and ricocheted into the net. Jessica Kinnucan assisted on the goal.

“I liked our attacks, even though we weren’t scoring on them,” said Hulings, whose team had a 13-10 advantage in shots.

But along came the second half, the final 15 minutes, in particular.

“We were playing not to lose in the last 15 and we had a lot of players in,” said Hulings. “Probably bad coaching on my part.”

Charlevoix put some heavy pressure on the WMC net, where Lindsey Johnson was the last line of defense.

With 6:23 remaining, Charlevoix cut the deficit in half when Ellie Way got loose in front of the Warrior net and ripped a shot that sailed behind Johnson. Kaitlin Hinkley assisted.

Other than that, Johnson stopped them all.

“She was pretty aggressive,” Hulings said. “We tell her that’s her real estate. She was off her line grabbing things in the air. That’s not always the case so we’re happy for that. She played really good. She was excited about the game and when she’s excited, we’re excited because good things are going to happen.”

Earlier this season, the teams met in a shortened game in Grand Rapids and tied 1-1. Hulings said Calvin Christian didn’t have all of its players and neither team showed much.

“I think we were both testing each other knowing that this day might come,” Hulings said. “I don’t know that he gave me anything and I didn’t give him anything. We’ll see what happens.”