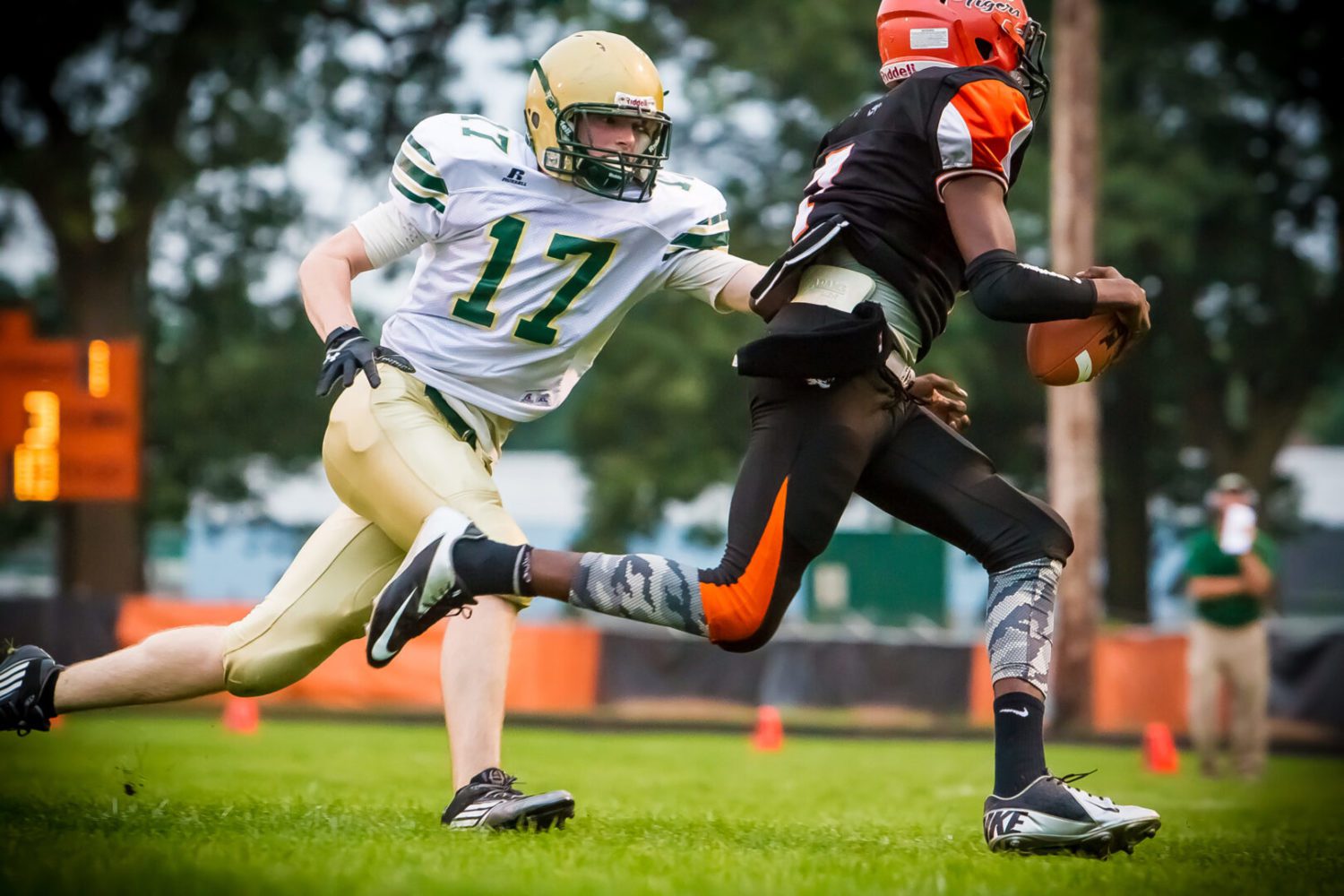 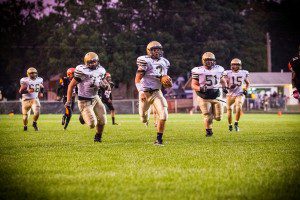 After the Crusader defense forced a Tiger safety, Junior Tommy Scott added a 60-yard TD scamper in the first-quarter as well to help cap a 37-point opening stanza.

Scott led all rushers with 83 yards on just four carries.

Holt started the second quarter the way he finished the first, scoring from 34 yards out to open the frame. Teammate Anthony Woodard added two second-quarter scores – from one-and three-yards out, while late in the half, the Tigers’ 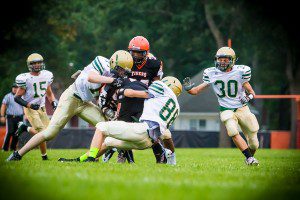 The Crusader defense swarmed all evening versus Muskegon Heights, causing four interceptions and a safety. (Photo by Tim Riley)

Jamarius Rule return a kickoff 93 yards to the house to get the Muskegon Heights on the board.

MCC kicker Griffen Seymour, who also made six PATs, banged home a 39-yard field goal in the third quarter, and Heights’ QB Eddie Tornes delivered a 56-yard TD pass to Jeff Jordan in the fourth to provide, along with a successful two-point conversion, the final result.

Jordan finished with 51 yards on four catches and a score. 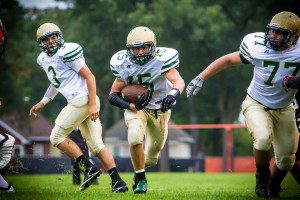 Muskegon Heights’ Academy’s Montae Jones led all defenders with seven tackles, while Lewandowski had six to lead the Crusader defense. 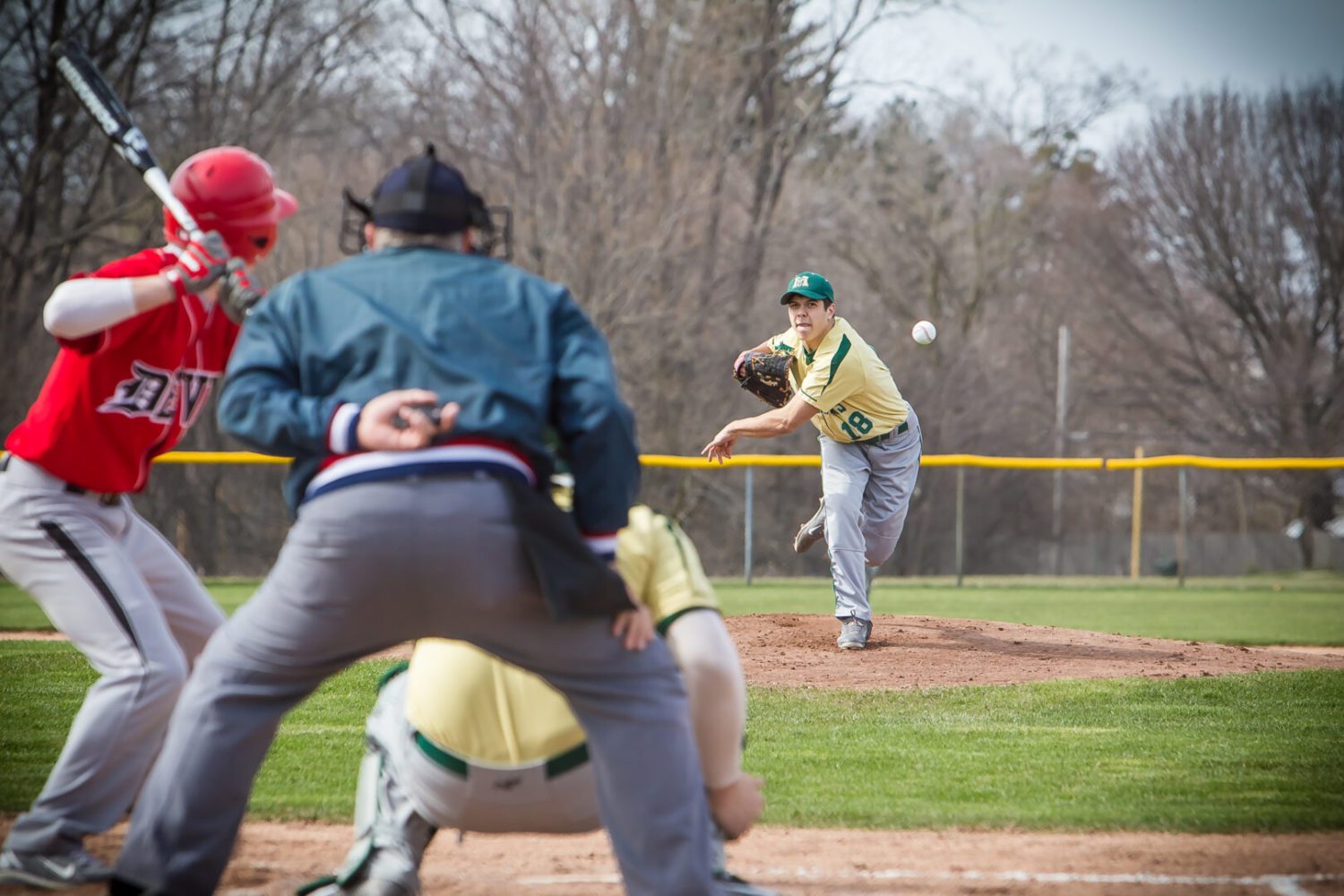