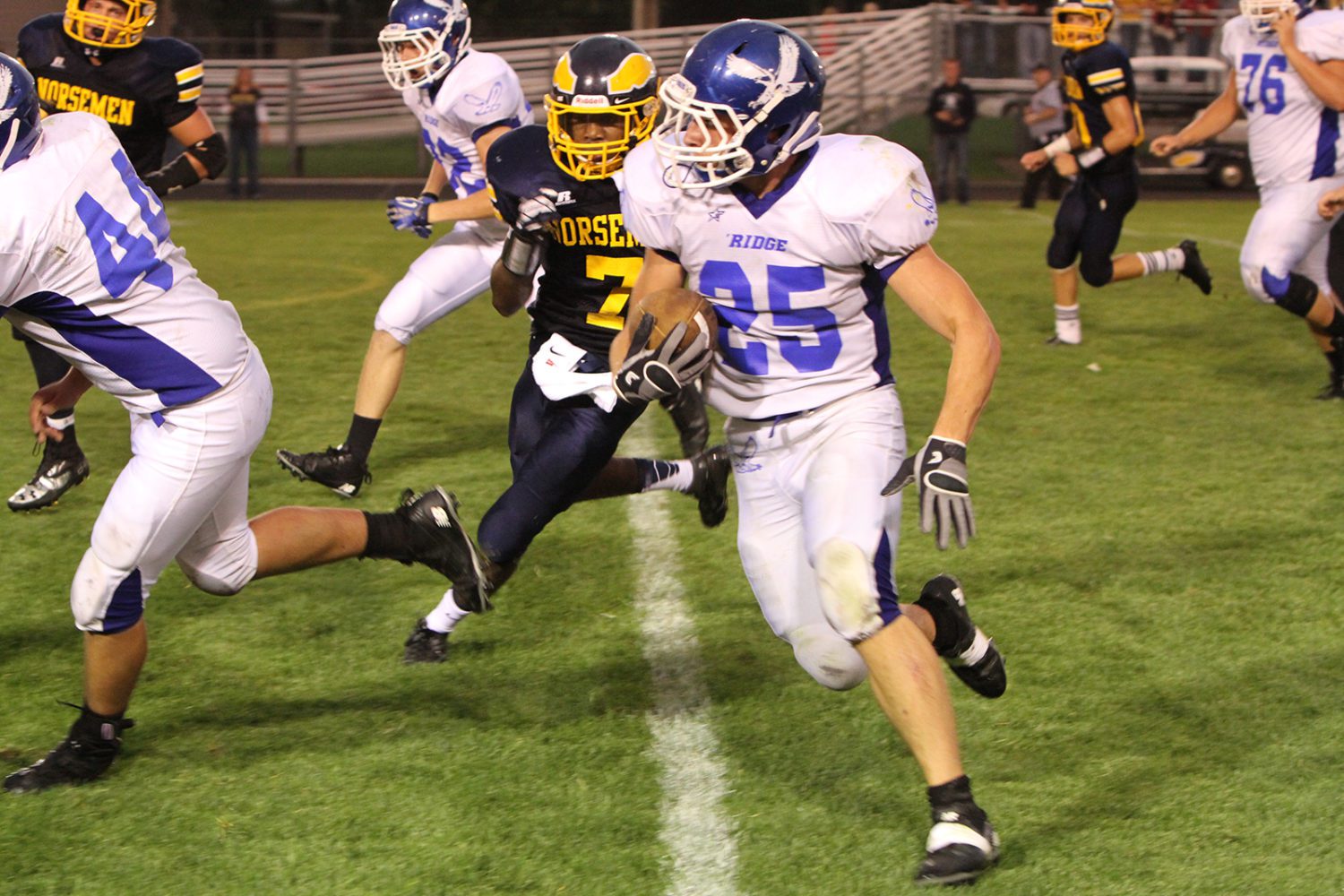 What was supposed to be a showdown between two unbeaten West Michigan Conference teams turned into a blowout Friday, with Oakridge dismantling North Muskegon 43-7.

The Eagles, ranked first in the state in Division 5, sliced and diced the Norse defense for 424 total yards. It was the third straight game that Oakridge tallied at least 40 points. 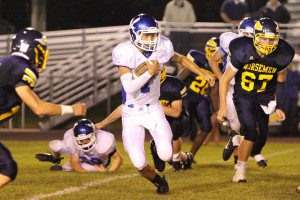 “I like watching Shoop do his thing because he is a very special kid,” said Oakridge coach Cory Harger.

North Muskegon only trailed 7-0 after one quarter, thanks in part to Andrew Shafer’s interception. But the Eagles pulled away with three touchdowns in the second quarter.

James Abriatis scored first with a four-yard run and Dom Greenawalt had a dramatic 50-yard punt return later in the quarter. Greenawalt added a six-yard touchdown catch from Austin Wright for his second score with only 17 seconds remaining in the half.

Running back Logan Waller scored on a six-yard run in the second quarter to give the Norse their lone score of the evening.  The touchdown was set up by a sensational 57 yard pass from Brody Scott to Waller, giving the Norse the ball at the Oakridge 6 yard line.

Oakridge had a 29-7 halftime lead. 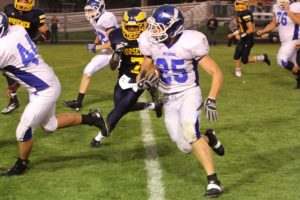 Oakridge converted a Norse fumble into a Shoop 3-yard touchdown run six minutes into the third stanza.  Wright’s capped off the scoring with a 16-yard scoring scamper. Harger noted “that Wright proved his running ability last spring in track as he won the 400 yard.  He was out of sorts in parts of the game with his passing but it was nice to see him get into the mix with his run.”

North Muskegon’s Vernonell Smith gave the home crowd a bit of excitement in the third quarter when he picked off an errant Wright pass and twisted his way for 22 yards before his knee hit the ground in Oakridge territory. The Eagles defense ended the threat without giving up a point.

Waller finished with 92 total yards for North Muskegon, which actually had more time of offensive possession than the quick-strike Eagles.

“North Muskegon held onto the ball well and had a good ground game,” Harger said. 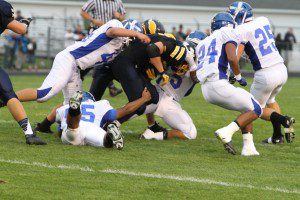