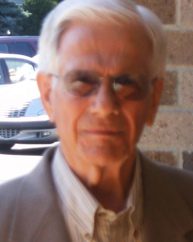 GRAND HAVEN — Two longtime Grand Haven football coaches and friends passed away within a week of each other.

Don Constant, the head coach of the Buccaneers in football from 1962 through 1975, died Friday, Oct. 4, following the death of his long-time assistant, Hal Henrickson a week earlier.

The two made up the Grand Haven varsity football coaching staff for most of Constant’s career and together, they led Grand Haven teams to a record of 71-46-9 for Constant’s 14 seasons as head coach.

Graduating from Grand Haven’s Central High School in 1944, Constant served in the U.S. Army and went on to graduate from Western Michigan University. He earned his Master’s Degree in 1951, and was a U.S. and World History teacher in Grand Haven Public Schools from 1951-1986.

Constant coached multiple sports at Grand Haven including football, basketball and tennis. He was a line coach for the 1953 undefeated Grand Haven football team and was the the first of any Grand Haven coaches to be inducted into the Michigan Coaches Hall of Fame in 2002.

Constant was a resident of Grand Haven and an active member of the Tri-Cities Historical Museum and his church.

Arrangements for Constant have yet to be announced.