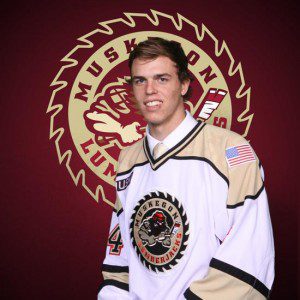 Photo courtesy of the Muskegon Lumberjacks

Frantti, who hails from Spring Grove, IL, was the Lumberjacks’ 16th-round pick at this year’s USHL Phase Two Draft, and has committed to play for Northern Michigan University following his junior career.

Frantti made a single appearance this year in a regular-season game, at Sept. 28’s game versus the USNTDP Under-17 Team in Ann Arbor. The defenseman logged a plus-one rating during the solo stint. Frantti had also appeared for Muskegon in five preseason games.