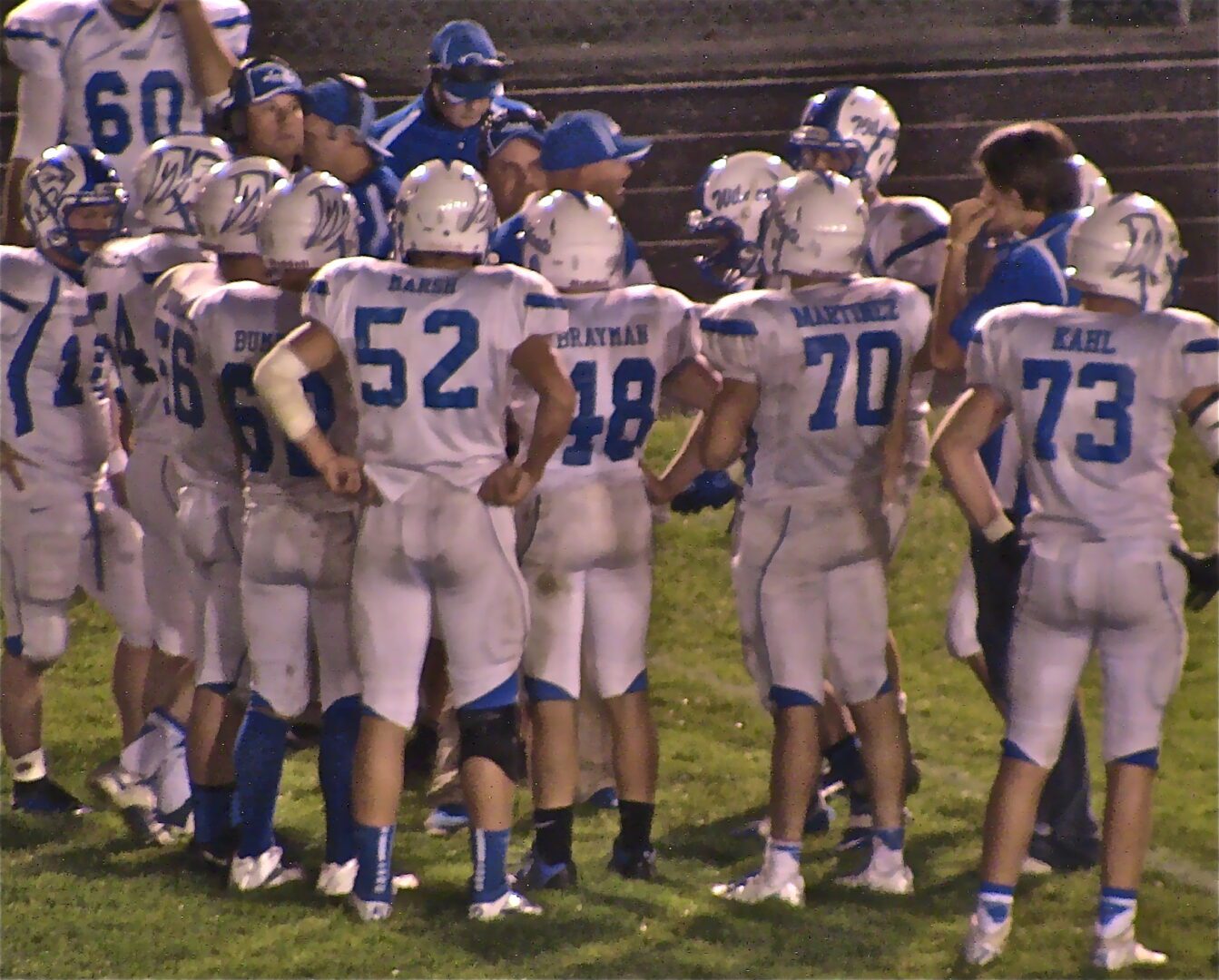 With the Norse driving late in the game for the tying score, Montague’s Cameron Brayman picked off North Muskegon’s Brody Scott to preserve 35-28 win 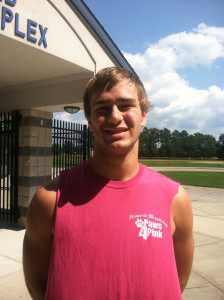 Montague ran out to a 28-14 halftime lead and held off a late North Muskegon drive to come away with the 35-28 victory.

“That was a quality football team we played tonight,” said Montague head coach Pat Collins. “So to play a tough game against that team and be resilient in the end…we had some guys going down with injuries and different weird things happening, so our guys stepped up and I’m proud of the way the players fought tough even though some things didn’t go their way. That was the key tonight: resiliency.”

For North Muskegon head coach Mike Belmonte, the loss, and particularly the team’s slow start, indicated to him his squad needs to do a better job of coming right out of the gate firing on all cylinders.

“Our kids just didn’t understand the level it takes to play against certain teams,” said Belmonte. “I think we do now, but it took us two quarter. That’s the difference between a program like Montague and a program like we’re going to be. (Montague) already knows that. And we still need to learn that.”

The Norse’s slow start hurt them right off the bat as Montague’s sophomore QB Jacob Buchberger connected with senior receiver Alex VanVleet on the game’s second play for an 89-yard TD pass down the right sideline to give his club, following the successful PAT by Wyatt Ford, the 7-0 lead.

North Muskegon got on the board on its first possession as well, with junior back Logan Waller capping a 12 play, 80-yard drive with a four-yard TD run. The kick failed, and the Norse trailed 7-6.

After punts by both teams, Montague went up 14-6 when Buchberger ran it in from a yard away on fourth down to cap an eight-play drive.

The two squads traded interceptions in the middle of the second quarter, and Montague capitalized, with Buchberger connecting with VanVleet again, this time from 70 yards away to make it 21-6.

Following another Norse punt, and with Montague putting together another sustained drive, North Muskegon freshman Cam Waller got his team right back in it, picking off Buchberger in the middle of the field and returning it 27 yards for the score. Norse QB Brody Scott completed the three-yard two-point conversion pass to Logan Waller to make it 21-14.

“It landed right in his gut and he took off,” said Belmonte, of Waller’s pick-six. “What a thrill for him, huh?”

Montague, however, needed just five plays and less than two minutes to score again, with Buchberger running it in from five yards away to cap a 69-yard drive to make it 28-14.

“Buchberger and Carroll stood out tonight (with) the big plays,” said Collins. “But we got to give a lot of props to our offensive line. I thought in the second quarter, especially, we really got things going. North Muskegon was packing guys in there and it was tough to run in there.”

North Muskegon cut the lead back to seven on its first drive of the second half, a 67 yard, 11-play trip that Logan Waller capped with a one-yard TD run. Montague answered with a nine-play drive that Buchberger completed with a 30-yard TD run to make it 35-21.

“Coming in, we knew the effectiveness of our defense depended on how well we could bottle (Buchberger) up,” said Belmonte. “And we didn’t really do a good job of bottling him up. That’s disappointing but you got to give credit to him. He’s a good football player.”

But the Norse were far from throwing in the towel.

With 10 minutes left in the game, North Muskegon drove 83 yards in seven plays, keyed by Scott’s one-yard run on fourth and one to keep the drive alive. Waller ran it in from a yard away to make it 35-28.

After the Wildcats chewed up four minutes of clock, the Norse had one last chance, with 3:51 left, to tie things up and send them to overtime. Taking over on their own 33, the Norse, helped along by a pass interference call on fourth-and-five, picked their way down to the Montague 20. Scott, however, was picked off by Cameron Braymon and the Wildcats assembled the victory formation.

“It really was nerve-wracking,” said Buchberger, on the Norse’s late drive. “Our defense has some younger players, but it is really starting to click for us. We can actually withstand holding on to a small lead with (North Muskegon) marching down with under a minute to go. “

Now, just one win away from a 13th-straight trip to the playoffs, Collins was excited for his team.

“To get our fifth win, that’s huge,” said Collins. “Obviously everyone is trying to get into the playoffs; that’s one of the goals. And once you’re in it, you can win it. We’re not in yet, so we’ve got work left to do. But we’re happy with where we are in our season right now.”

Winless Hart and a .500 Fremont club are left on the Wildcat’s schedule.

North Muskegon must find a way to knock off presumptive West Michigan Conference champion Shelby or an undefeated Maple City Glen Lake team if it hopes to gain an automatic playoff berth. For his part, Belmonte can’t be accused of looking down the line.

“All we’re thinking about right now is Shelby,” he said. “We’ll break down film tomorrow, have a plan in place by Sunday and then Monday we’ll go back to work. And it’ll be all Shelby, Shelby, Shelby. Our message to our team will be: If we play well, we will beat them.”

Buchberger finished with 4-for-9 passing for 169 yards, two TDs and two picks, while also rushing for 73 yards on 16 carries and three scores. Leading the Montague rushing attack was Chris Carroll, who piled up 113 yards on 17 carries.

VanVleet had a monster night for Montague, hauling in four catches for 169 yards and two scores.

Scott finished with 139 yards on 13-for-26 passing and two critical picks. Logan Waller led the Norse on the ground with 72 yards on 15 carries and three TDs. Waller also had six catches for 73 yards, while teammate Riley Fairfield added 68 yards on four grabs.

Along with the huge late interception, Brayman led the Wildcat defense with 12 tackles from his linebacker spot, with Ben Rupert also finishing with 12 stops. Brett Bumpus added 10 stops, and Buchberger had nine tackles and a pick in the win.

Ludington volleyball has strong showing over the weekend at Oakridge Invite