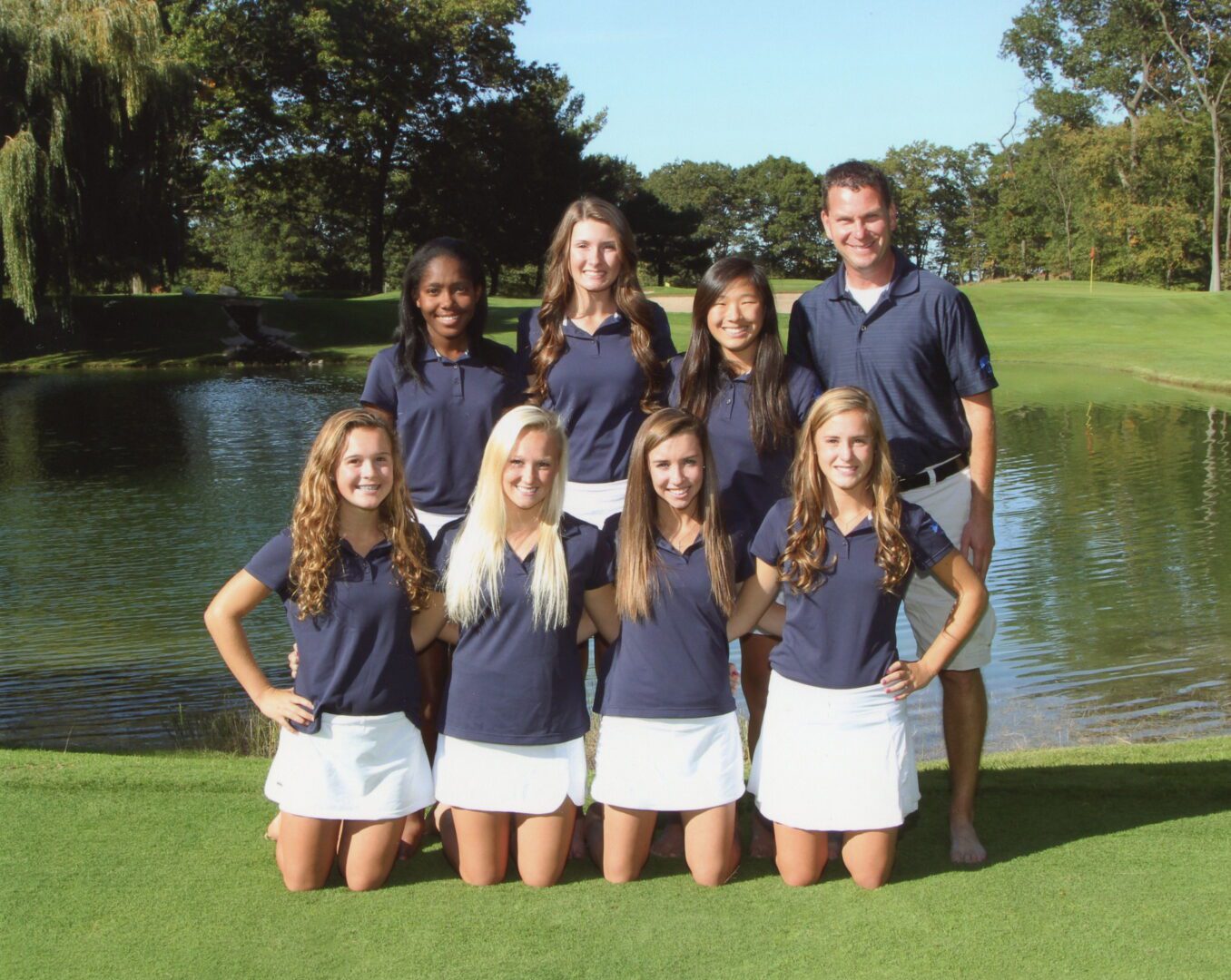 His Sailors won four straight Division 2 state championships, and the way they did it was almost unheard of.

He had the same four golfers shooting in the top four spots all four years. They won the state title as freshman – an incredible achievement itself – and defended their championship each of the next three seasons.

Those girls graduated last year and are playing college golf. So everyone assumed Brainard was left with a bare cupboard and little hope for similar success in 2013. 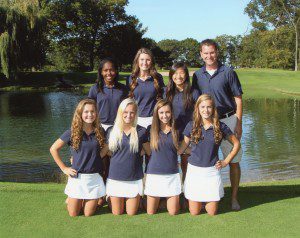 But the miracles never cease for the Mona Shores girls golf team.

With only one returning varsity player, two players up from junior varsity and two part-time recruits from the volleyball team, the Sailors have stunned everyone with their performance this year.

And last week they pulled the biggest surprise of all, finishing second at regionals to qualify as a team for this weekend’s state tournament at Michigan State University. It will be the team’s sixth straight trip to the state finals.

So yes, it’s possible that Mona Shores could capture a fifth straight state title with an almost entirely new lineup comprised of one junior and four sophomores.

Even Brainard finds it a little hard to believe.

“This is definitely a surprise for me,” said Brainard, who’s in his 17th season as the girls golf coach. “I was kind of planning on rebuilding. We only had one returnee from last year, and she was the number five player. But we’ve managed to put together a pretty good team.”

The forecast for the Sailors wasn’t so bright as the new season approached. The Sailors actually had a shortage of players and might have been forced to raid the junior varsity to fill out the lineup.

But then they received an unexpected infusion of talent from an unlikely source.

Brainard saw Kennedy Potts and Andrea Majeski play golf last summer, and he was impressed. He knew both were on the school volleyball team, which shares the fall season with the golf team.

But he managed to recruit them as part-time players, and they have filled in the gaps nicely.

Both started the season averaging in the 120s and are now averaging around 100, according to Brainard. Their improvement, playing a part-time schedule and practicing on their own, has made a huge difference for the Sailors, he said.

“They didn’t come out for tryouts, so I went knocking on some doors,” Brainard said. “It was a Sunday night in August. Just the two families, myself and the junior varsity coach. I made a proposal and they accepted it. We came up with five or six dates that the girls could play, and now here we are.”

Leading the team is the lone varsity returnee, Rylee George, who was the fifth player on the squad as a sophomore last season.

She’s become a standout No. 1 player for the Sailors this fall, finishing third at regionals with an 88, just four strokes behind the individual co-champions.

George finished second in the city meet and has not finished lower then seventh in any meet this year.

That’s pretty good for a player who was cast in the shadow of the four star seniors last season.

“She’s had a great year,” Brainard said of George. “She put in the offseason work in the summer. She was very faithful about that. And she stays on a pretty even keel.”

George could be a contender for the individual title at the state finals, according to Brainard.

“She could be right up there with the top scorers if she has a couple of good days,” he said. “At regionals she was only four strokes off the pace.”

Rounding out the lineup are Darian Smith and Kendall McKinley, who finished 7th and 31st at the 13-team  regional tournament, respectively. Both played on the Mona Shores junior varsity team last year.

While he’s pleased to have a team back in the state finals, Brainard is not expecting another championship.

“They were very nervous at regionals, but once we got that set aside they did just fine,” Brainard said. “Everybody’s been down for practice rounds (on the state finals course). They’ve seen the course. Hopefully the weather holds out for us.

“I don’t know if they could bring a state title home. This year might be more for the experience, and hopefully next year they could compete for state.” 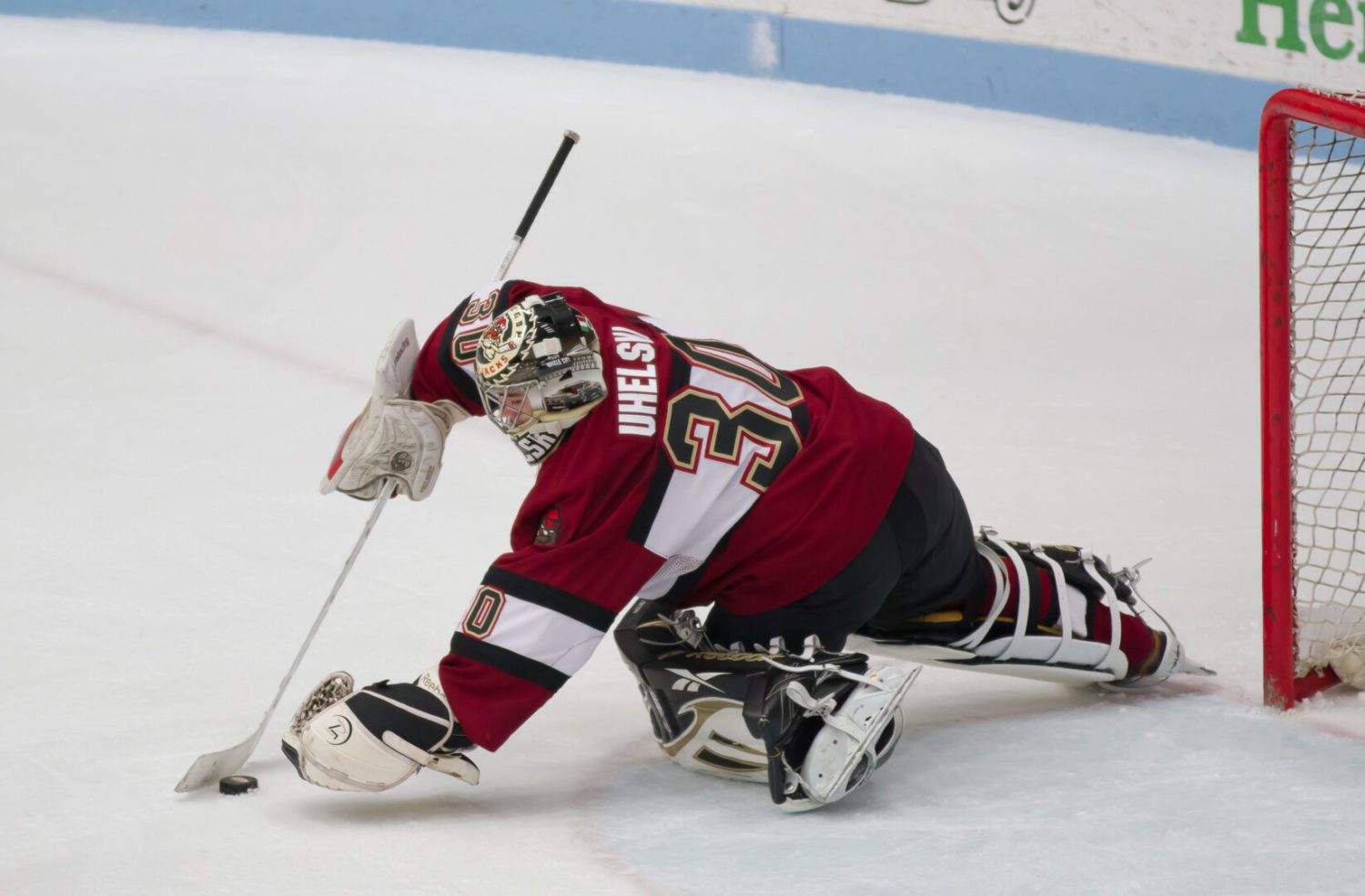