Orchard View celebrates homecoming, return of quarterback with a 49-6 victory over Grant

It’s been seven years since Orchard View won on homecoming. It’s been eight years since the Cardinals beat Grant.

Both of those cold spells came to an end Friday with Orchard View’s 49-6 thumping of Grant in Lakes 8 Conference football action. 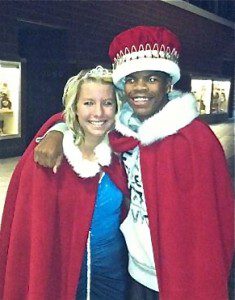 The game also marked the return of Orchard View quarterback Darece Parker, who had been out since the first game with an injury. He made his presence felt in a big way by throwing for three touchdowns and 213 yards and running for another score.

“Tonight we got our starting quarterback back,” said Orchard View Coach Joe Tanis. “We’re a completely different team when he’s out there playing.”

Grant’s Dylan Jenerou put the Tigers on the board in the fourth quarter with a 14-yard  touchdown catch from quarterback Garrett Bomay.