Let’s get one thing straight from the get-go:

I completely support the second amendment to the United States Constitution, which gives citizens the absolute right to own firearms without government interference.

But what happened during a boys soccer game at Western Michigan Christian High School last week was sickening and wrong, and you don’t have to be an anti-gun liberal to understand that.

A man associated with the visiting team from Hudsonville Freedom Christian was seen at WMC’s soccer field during the game wearing a holster with a gun.

He was asked to leave the property once, and reportedly did so, but was spotted a second time inside the stadium with his holster still on. It was unclear if he was still carrying the gun at that point.

But the uncertainty was more than enough for WMC soccer coach David Hulings, who wisely forfeited the game and got his team and everyone else to safety.

The gun-toting man may not have been a threat, but Hulings had no way of knowing that for sure. To say that you can’t be too careful these days is a wild understatement.

As it turns out, it’s not illegal for citizens to carry open weapons on school property in Michigan. That’s a bizarre law if I ever heard one, but apparently that’s the way it is.

But we’re not talking legalities here. We’re talking simple common sense and respect for other people. The gun-toter at WMC apparently has none of the above.

It wasn’t even a year ago that a very disturbed young man walked into an elementary school in Newtown, Connecticut and murdered 20 small children and six staff members in cold blood.

Anybody with a lick of sensitivity – anybody who cares at all about kids and schools – would never even consider carrying an open weapon onto school property following that national nightmare.

The worst part – based on reports I heard – is that the man was using the occasion to try to make some sort of political statement about his second amendment rights.

He couldn’t have picked a worse spot to try to make his point. If he expected to gain any public support for his cause, I’m guessing his self-centered tactics ruined any chance of that.

If anything, he probably convinced a few people to support government gun control efforts.

Schools are for kids. School sports are for kids. Adults who want to make political statements should write a letter to the editor or run for office. Carrying an open weapon around a group of peaceful youngsters is just plain ignorant.

There’s a word to describe the guy who brought the gun to the soccer game, but it can’t be printed on a family-friendly website.

Let’s just say that it’s not very cool for anyone to scare the daylights out of a bunch of kids just to gain some public attention, even in the land of the free. 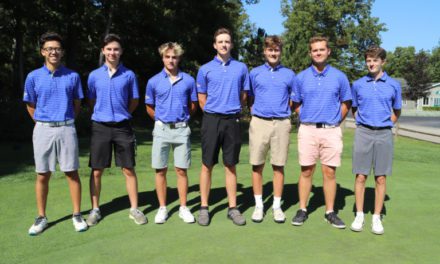