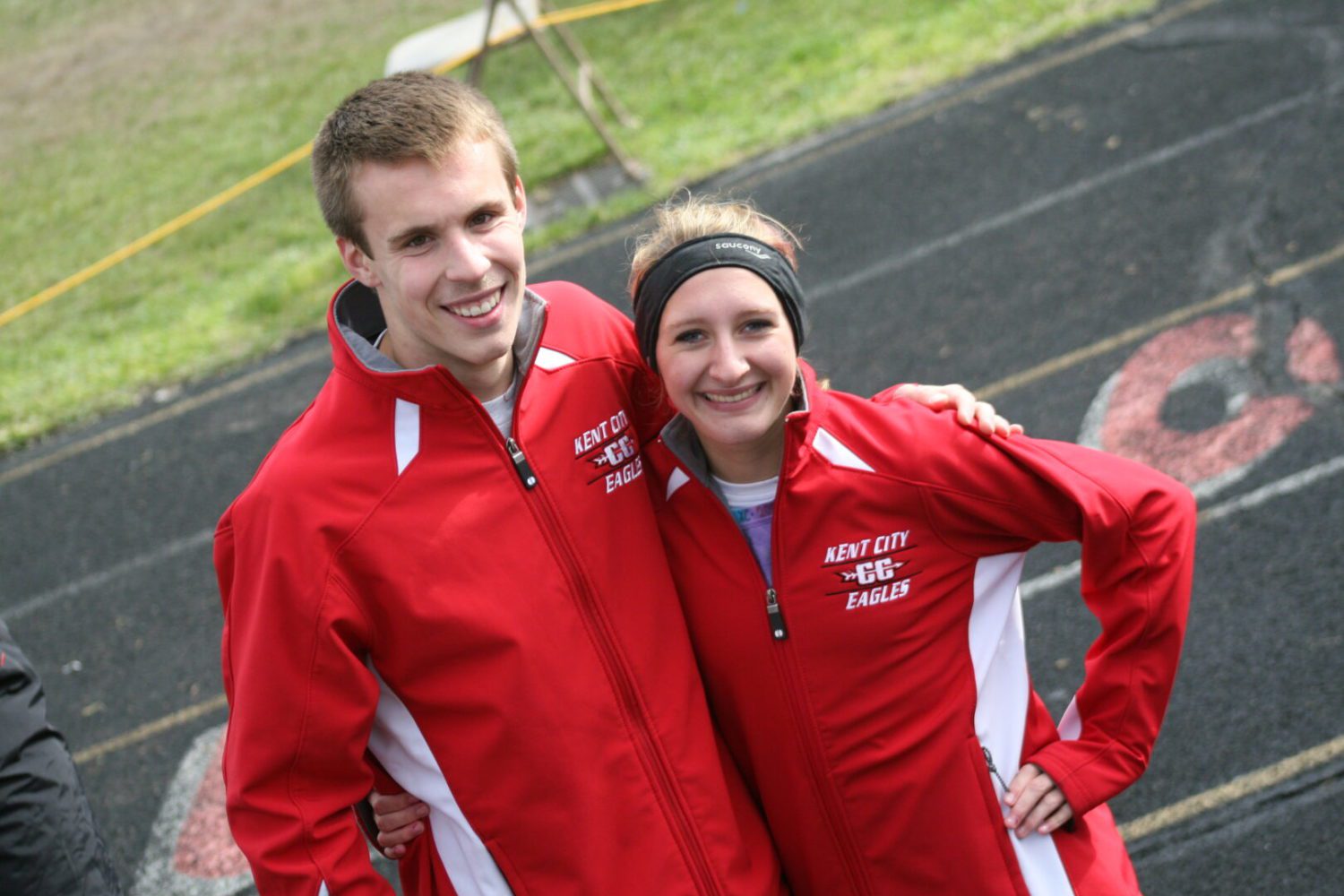 The two Kent City seniors both broke into varsity as outstanding freshmen. 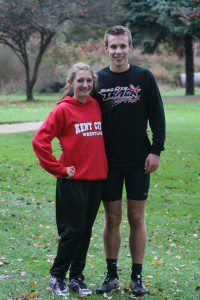 They both suffered injuries along the way that hampered their development for a time.

And they both had the best days of their careers at last Saturday’s Division 3 regional meet.

Wilson won the boys regional championship with a time of 15:50. That was his personal best time and the second best time in Kent City cross country history.

Russo won the girls regional championship with a time of 18:18. That set a new girls school record for Kent City.

Now they each have one challenge left in their high school careers – to bring Kent City High School a pair of state title medals from Saturday’s Division 3 state championship meet in Brooklyn.

“Both of these runners are very talented,” said Kent City Cross Country coach Jill Evers. “How often does a school have two similar runners of opposite genders of this caliber at the same time? I’m very excited to see how they compete one last time (at the state meet) in their Kent City red and black jerseys.”

Wilson comes from a running family.

His father, Jeff Wilson, ran at Sparta High School and Central Michigan University. Two of his older brothers were standout runners at Kent City, and one, Alex Wilson, is currently on the cross country team at Michigan State University.

So everyone expected Wilson to continue the tradition as a freshman. But he suffered a stress fracture in the second meet of the season and was done for the year.

Wilson returned as a sophomore, finishing second in regionals and 18th in the state finals. His season-best time was 15:55.

He took a step backward as a junior, recording a top time over the 16 minute mark. He said he experienced an odd numbness in one of his arms every time he ran, causing him to lose focus.

“It turned out that the muscles in my chest were too tight, and they would tense up and restrict the blood flow to my arms,” Wilson said.

Therapy took care of that problem, clearing the way for a breakout senior season.

Wilson was in top form last Saturday, winning the boys regional championship with a personal best time of 15:50.

He was in second place for much of the race, then passed Hesperia’s Damien Halverson with less than a mile to go and won by six seconds.

“I decided to run pace,” he said. “In other races I sometimes tended to run harder the first mile when I should have been holding back. Going out slower definitely helped. I had more to give at the end.”

Wilson’s time in the regional race was the second best in Kent City history. The record time – 15:30 – is still held by his brother, Alex Wilson.

So he will be gunning for a state title, as well as the family and school record, when he runs this weekend.

“It’s definitely a motivation,” Wilson said of his brother’s record. “I think he kind of knows I’m going after it. I know I’m going to have people pushing me to do it. If I feel good that’s the plan.”

Russo does not come from a running family, and had no idea how good she could be when she joined the cross country team in middle school.

She said she started to understand her potential after a race at Calvin College during her freshman season in high school.

“Without knowing it I had beaten all but the top three runners on our varsity team,” Russo said. “I was like, ‘Oh my goodness, I guess I’m pretty good at this running thing.’”

Russo has been demonstrating her talent ever since.

She finished second in regionals and 20th at the state meet as a freshman. Her best time was 19:04.

Her sophomore year was hampered by a hip injury. She slipped to 50th place at the state meet and had a season-best time of 20:02.

Russo was back in full form last year, finishing second at regionals, 12th at state and setting a new Kent City girls record of 18:29.

But she saved her very best for last Saturday’s regional meet, when she won her first championship and broke her own school record with a time of 18:18.

She did all that by beating the girl she finished behind in last year’s regionals, Allison Vroon of Black River.

Vroon led for most of Saturday’s race, before Russo overtook her in the final quarter of a mile.

“I have a really powerful kick,” Russo said. “I just stuck behind her until I knew I had enough kick to pass her. She tried to pick up the pace a little bit, but I could tell she was getting tired.”

Both Wilson and Russo believe they have what it takes to win individual state championships this weekend – if everything falls into place.

“I feel like I have the talent to do it,” Wilson said. “It just comes down to whether or not I can put the race together. The winner will be whoever feels the best and wants it the most.”

“I would say I have as good a chance as anybody,” Russo said. “I just have to make sure I’m not killing myself in the first mile. I want to make sure my kick will still be good enough at the end.”

With volleyball and soccer still banned, a few local teams have gone far north to play