What are we going to do about football? (Part 1)

“Did you get your bell rung, kid?”

That was a question we often heard while playing high school football in the 1980s and 90s, after a particularly hellacious hit, a particularly brutal tackle, or when we would strike an opponent with the top of our helmets – instead of with our shoulders and face masks, like we were taught. 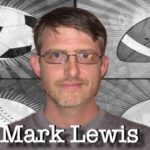 Teammates and coaches would mosey on over to us after we had wobbled off the field with a case of the dizzies, wondering if our heads had cleared enough to go back in.

They were a bit more concerned when you couldn’t remember your name, your address, or where the game was being played, and that was kind of the dividing line betwixt a simple ‘rung bell’ and “this is serious.”

I’m not sure I ever knew a single player who missed a game because of a concussion.

A lot has changed since those dark ages of brain health awareness. Reasons for that change are obvious: repeated head trauma – even from slight injuries – can cause a number of debilitating syndromes over time.

Sure, we love football and all, but do we love it so much that we’re willing to trade in our golden years for a wheelchair and a bedpan? Or for the possibility of blowing our brains out when they no longer can keep the jumbled, increasingly violent thoughts at bay?

Some guys like Ray Lewis think there are already too many rules in football. You may feel the same way.

For me, the violence in football can only be offset by a firm commitment to fairness and sportsmanship. Players must follow an athletic Golden Rule: Do you want a dirty hit done unto you? Well then, don’t throw dirty hits unto others. Those who don’t observe that rule are lowdown, despicable people. It’s as simple as that.

Sure, sometimes things happen in the heat of the moment, but you don’t celebrate it and you certainly don’t glorify it. I’m being a bit Pollyannaish, but I always took great pride in helping up an opponent after a big hit, or shaking the adversary’s hand after the game.

Without that understanding – that it should be the goal to have everyone walk safely away after the competition is through – football devolves into pro wrestling without the script. It becomes a license to assault. It becomes the freaking Roman Coliseum.

That’s the kind of stuff that turns my stomach.

Many will say, ‘Leave the game alone. It’s fine without pansies like you making it ‘safe,’’ when ‘safe’ is meant as a pejorative. That’s fine. If most people want spine-tingling helmet-to-helmet hits and clothesline tackles, go right ahead. You’ve got the NFL. Go crazy with it. I stopped closely watching the NFL a long time ago. Its sole value to me is fantasy football, where players become numbers and ESPN will do the adding and subtracting for you. For free, even!

College football, though ultimately doomed to become the NFL minor leagues (or has it already?) still captivates me because I’ve always been a sucker for the Gerald Ford student-athlete, Michigan Man ideal.

Prep football has that superior mix of physicality without the wanton brutality. In my opinion, American football is the world’s best team game, so what you lose in injury and loss of brain cells (to an extent) is made up for with the experiences and lifelong relationships you share with your teammates.

But the party has to end sometime.

Do you hang up the cleats after your senior season and get on with your life? Should kids even be playing a game like football? And if you do go on to the next level, what can you expect?

Next week I’ll look at the science behind brain trauma, and in Part 3 I will explore some ideas for players at all levels to use to reduce their exposure to these life-changing injuries.

Stick with me here. This is important.