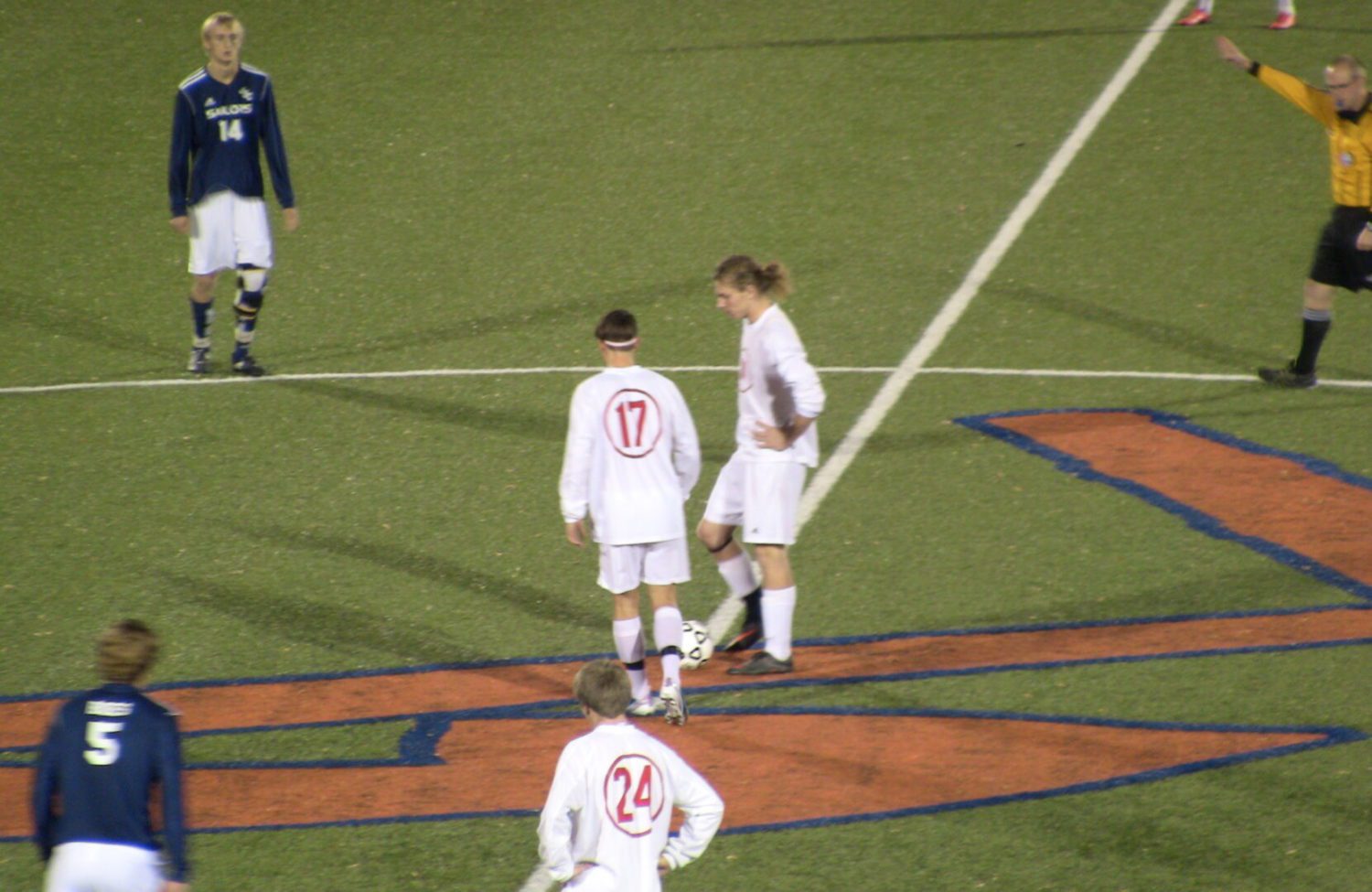 HOLLAND – There may not be a more difficult way to lose a state semifinal soccer match.

The Whitehall Vikings played Grand Rapids South Christian to a near draw Wednesday night. There was no score in the first half and nobody showed signs of breaking the deadlock in the second. 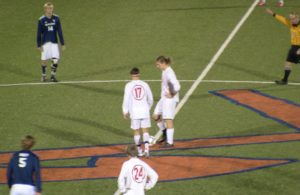 Then the Vikings were called for a handball infraction inside the box near their goal about eight minutes into the second half, giving the Sailors a penalty kick from close range with all the other players standing aside.

South Christian’s Marion Bykerk calmly drilled the penalty shot into the net, giving his team the only goal it would need in a 1-0 victory over Whitehall at Hope College.

South Christian, the defending state champion, will try for another Division 3 title Saturday against Flint Powers Catholic. Whitehall wrapped up its season with a 21-4-1 record.

“It was a tough way to lose because it puts the loss on a couple of people which isn’t fair,” said Whitehall coach Bryan Mahan. “It’s the team that plays. The team wins and the team loses.”

Whitehall can’t feel too bad about failing to score on South Christian. The Sailors have only given up 10 goals all season and none in their past 12 matches.

The better part of the match was played in the Whitehall zone, with the Vikings struggling to mount any sort of attack against the stingy South Christian defense. “It’s only been 10 goals this year – there haven’t even been that many shots,” said South Christian coach Jason Boersma, whose team is now 22-1-3. “We don’t let much get inside of our box and that was our strength again tonight.

“You hate to see a game end on a penalty kick. But a handball is a handball. We definitely had the edge in shots and opportunities. But those guys have nothing to hang their heads about. Bryan always has them prepared really well.”

The Vikings also played a strong defensive match, nearly shutting out the Sailors despite being outshot 7-4. 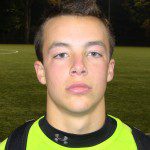 Whitehall goalkeeper Hayden Collins made a number of tough saves, particularly in the second half, to keep his team in the contest.

“That was a solid team to run up against,” Mahan said. “They have 15 seniors. I thought we did great with the size disparity and the experience disparity. Our defense was great. It bent but it didn’t break. Most of their shots were from the outside. Their only real good scoring chance was on the penalty kick.

“’We played hard. We went after it. We just didn’t get into our team flow. They did a good job of getting all of our redirects and keeping it in. We couldn’t muster any offense. We started to get going a few times, but it was in spots and we couldn’t get in a flow.”

The Vikings advanced much farther than they planned this season, after losing 10 starters to graduation last year.

They had three losses in the first few weeks of the season before reeling off 11 straight wins prior to Wednesday.

“It was a rebuilding year and we made the final four,” Mahan said. “You’re always happy when your team gels and starts to play as a group, whether they win four games or 21. You’re happy when your team progresses the way we did this year, and the fact that they just kept winning and going made it a lot better.”