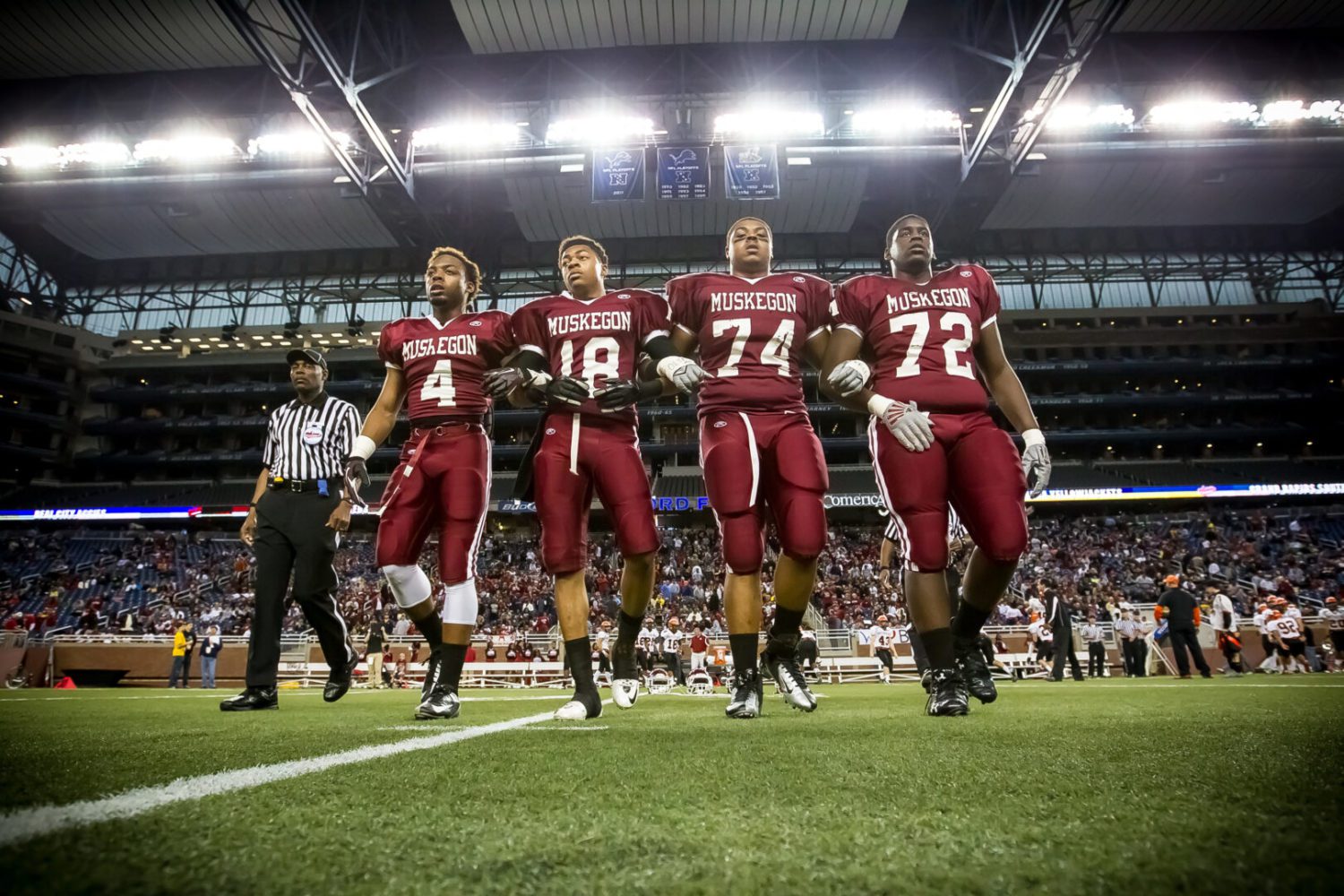 The Muskegon Big Reds have had an exciting football season, but it’s about to head to a whole new level.

Muskegon won eight of its nine regular-season games, avenged its lone loss by beating No. 2 Lowell in the playoffs. They also defeated the No. 8 team in Portage Central and No. 9 in Midland.

But what stands between Coach Fairfield’s team and a state championship is top-ranked Birmingham Brother Rice, the Division 2 defending state champions.

The teams will lock up at 1 p.m. Friday at the site of their last meeting – Ford Field in Detroit. Last year, Brother Rice escaped with a 35-28 victory.

Now, the Big Reds have some unfinished business.

“That was our motto all year … to finish,”  Fairfield said. “Play and finish.”

Now to truly ‘finish’ the Big Reds have the formidable task of taking down the Warriors.

“You always want to get there, it’s nothing about picking one team out, but if you can go back and play for a state championship, you want to go back and play the team that got you last time,” Fairfield said. “This is kind of a storybook or a fairy tale ending, now we just have to go play and finish and play a really good football team.”

Brother Rice is led by quarterback Alex Malzone, who has passed for more than 2,400 yards. Brian Walker and Shon Powell are the leading rushers and receiver Corey Lacanaria has more than 50 catches and 900 yards of receiving.

This is the seventh all-time meeting between two of the state’s top football programs. The series is tied at three victories each.

Brother Rice Al Fracassa has been the coach of Brother Rice in each of those games. He has announced this is his last season after coaching 45 years. His record is 385-98-2. In all, he has been a football coach 54 years.