It’s got to be difficult to keep fighting hard when your team trails by 49 points at halftime.

But after battling their way to the state semifinals, the Oakridge Eagles were not going down without a scrap.

Despite the disastrous first half, the Eagles scored three touchdowns in the third quarter and started to make a few people wonder if a huge comeback was under way.

But in the end, the deficit proved too much and Oakridge succumbed to Menominee 59-28 in the Division 5 football semifinals at the Superior Dome in Marquette.

Oakridge wrapped up another outstanding season with an 11-2 record. Menominee improved to 13-0 and advanced to the state championship game Saturday against Grand Rapids West Catholic.

It was even more of the same in the second quarter. Harris caught touchdown passes of 35 and 14 yards, Brown had a two-yard scoring run and added a fumble recovery in the end zone for another six points.

The Eagles made some adjustments at halftime and made sure they left their mark in the game. James Abriatis scored on a 12-yard run, Jerick Wambaugh caught a 32-yard touchdown pass from quarterback Austin Wright, and Dom Greenwalk pulled in a 27 yard scoring strike from Wright, leaving the score 49-20.

But Memominee reclaimed the momentum in the fourth quarter with a 41-yard scoring run by Brilinski and a 27-yard field goal. Greenawalt had a 23-yard touchdown catch for Oakridge, but it was too little, too late.

Wright completed 9 of 15 passes for 150 yards for Oakridge. Kaleb Cook led the defense with 12 tackles. 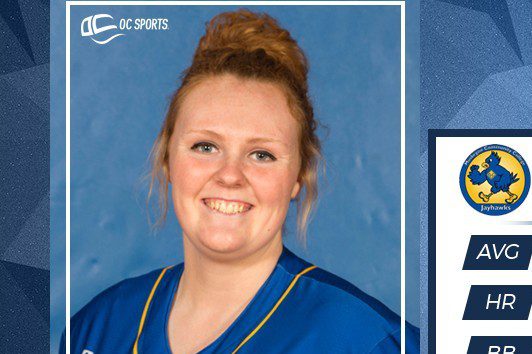