LUMBERJACKS STUMBLE INTO BREAK WITH 6-4 LOSS TO CHICAGO

Now the Muskegon Lumberjacks can spend the Christmas break figuring out how to win on the road.

That’s going to be crucial, because they’ve gone winless in their last seven road games, and nine out of the next ten are on enemy ice.

The latest loss came Saturday, when the Lumberjacks dropped a 6-4 decision to the Chicago Steel at The Edge Ice Arena in Bensenville, Illinois. Muskegon also lost in Indianapolis on Friday.

Muskegon dropped to 11-13-4 on the season headed into the two-week break.

The Lumberjacks took a 1-0 lead in the first period when Matt Mendelson scored his ninth goal of the year, with assists from Mason Jobst and Tommy Panico.

Muskegon pulled within a goal early in the second period on Robbie DeMontis’ third marker of the season. Chicago went up 4-2 a few minutes later on a goal by Danny Fetzer.

The Lumberjacks pulled within a goal again midway through the period when Jobst scored his fourth goal of the season on a feed from Trevor Morbeck. But Chicago’s Artem Artemov scored a power play goal in the waning seconds of the second period to give the Steel a 5-3 lead.

Muskegon fought back one final time early in the third period with Carson Gatt’s fourth goal of the season. But Chicago wrapped up the victory about four minutes later when Payne notched his second goal of the night

Chris Nell picked up his seventh victory for the Steel making 39 saves on the night, while Jordan Uhelski took the loss for the Lumberjacks with 40 saves.

The Lumberjacks return to action Dec. 29 at 5:15 p.m. with a home game against Youngstown. 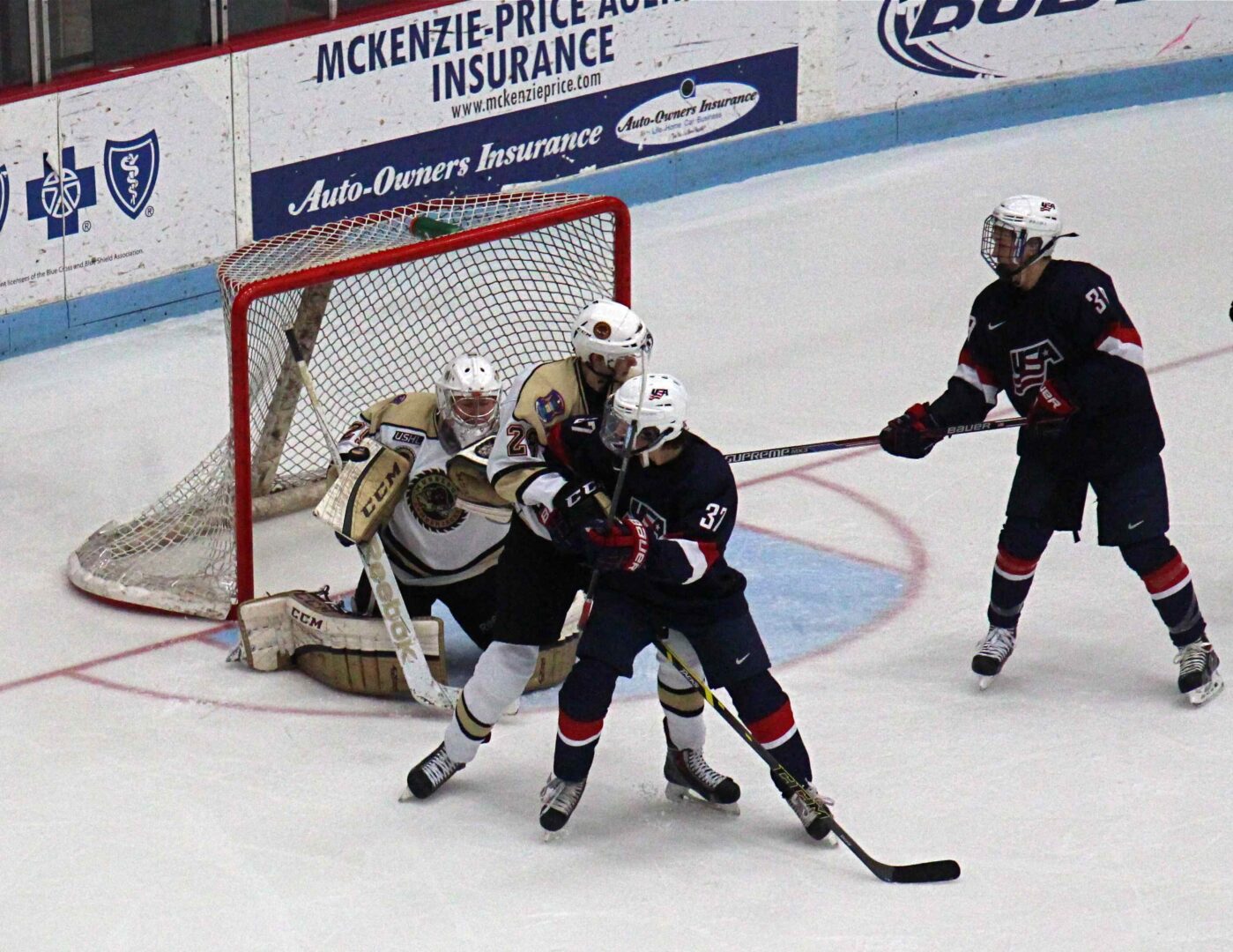