Mason County Central withstood a late Whitehall comeback and held on for a 54-48 victory Tuesday in a West Michigan Conference girls basketball battle.

Mason County Central led 25-20 at halftime and 45-30 after the third quarter. Whitehall had an 18-9 edge in the final quarter but fell short.

“We are still trying to put a full 32 minutes together,” said Whitehall head coach Rachel Kent. “We can’t have great quarters on the ends and not take care of the middle of the game. At one point in the fourth quarter we were trailing by a little more than 20 and then tied the game up within the last 1:30 of play.”

But turnovers and points in the paint doomed the Whitehall comeback effort.

The Vikings were led by Emily MacArthur’s 21 points and 16 rebounds.  Brandi Balzer added a double-double with 12 points and 10 rebounds, and Jenna Pesch added 10 points, three blocks and two assists in the loss.

Whitehall falls to 2-3 overall and 1-1 in conference play. 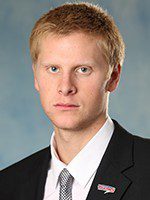 Montague drops two wrestling matches, falls to Fruitport and Hart in a dual