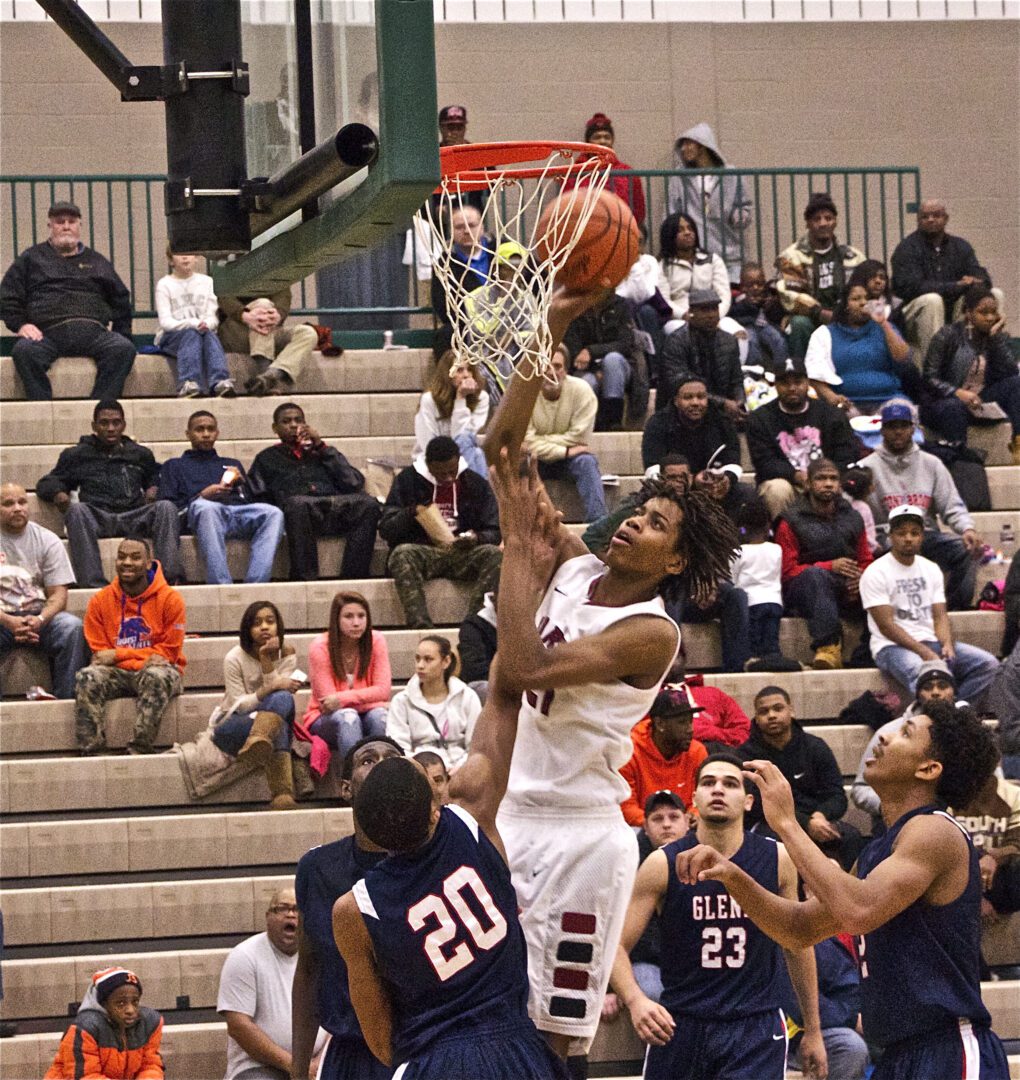 MUSKEGON — The Muskegon Big Reds’ boys’ basketball team continues to rise in national polls. This time the Big Reds are up to 41st place in the Super 25 rankings compiled by USA Today Sports and announced Tuesday, Jan. 21.

The Big Reds, who won three games last week, will take an 8-0 season record into tonight’s game at Grand Rapids Christian. The most recent posting marks the third week in a row Muskegon has been ranked in the same poll.

However, Friday Jan. 24, Muskegon will start a six-game home stand by hosting a showdown game in the O-K Conference Black Division race against the Mona Shores Sailors. Both teams are 2-0 in league play going into the game, and Mona Shores has a 7-2 overall record.

A scheduled game against Chicago Orr never developed Saturday, Jan. 18, for Muskegon when the Chicago team couldn’t travel to Grand Rapids for the game because of weather conditions.

Muskegon played Saginaw Arthur Hill instead and came away with an 88-78 victory over the 6-2 team. Orr, meanwhile, slipped into the national rankings at 47th place with its 10-2 record.

Elsewhere, the national leader continues to be Montverde, Fla., Academy with its 17-0 record. The only change in the top five occurred when White Station of Memphis, Tenn., dropped to sixth with its 16-1 record after losing 73-60 to Montverde.

The latest rankings had Mater Dei, of Santa Ana, Calif., staying in the second spot. Rainier Beach, of Seattle, Wash., moved up to third. Oak Hill Academy, of Wilson, Va., is fourth; and Arsenal Tech, of Indianapolis, Ind., moved into fifth from the sixth spot.

Detroit Pershing joined Muskegon as the second Michigan team in the rankings. Pershing, now 8-1, is ranked 44th in the poll, Muskegon’s spot a week ago.