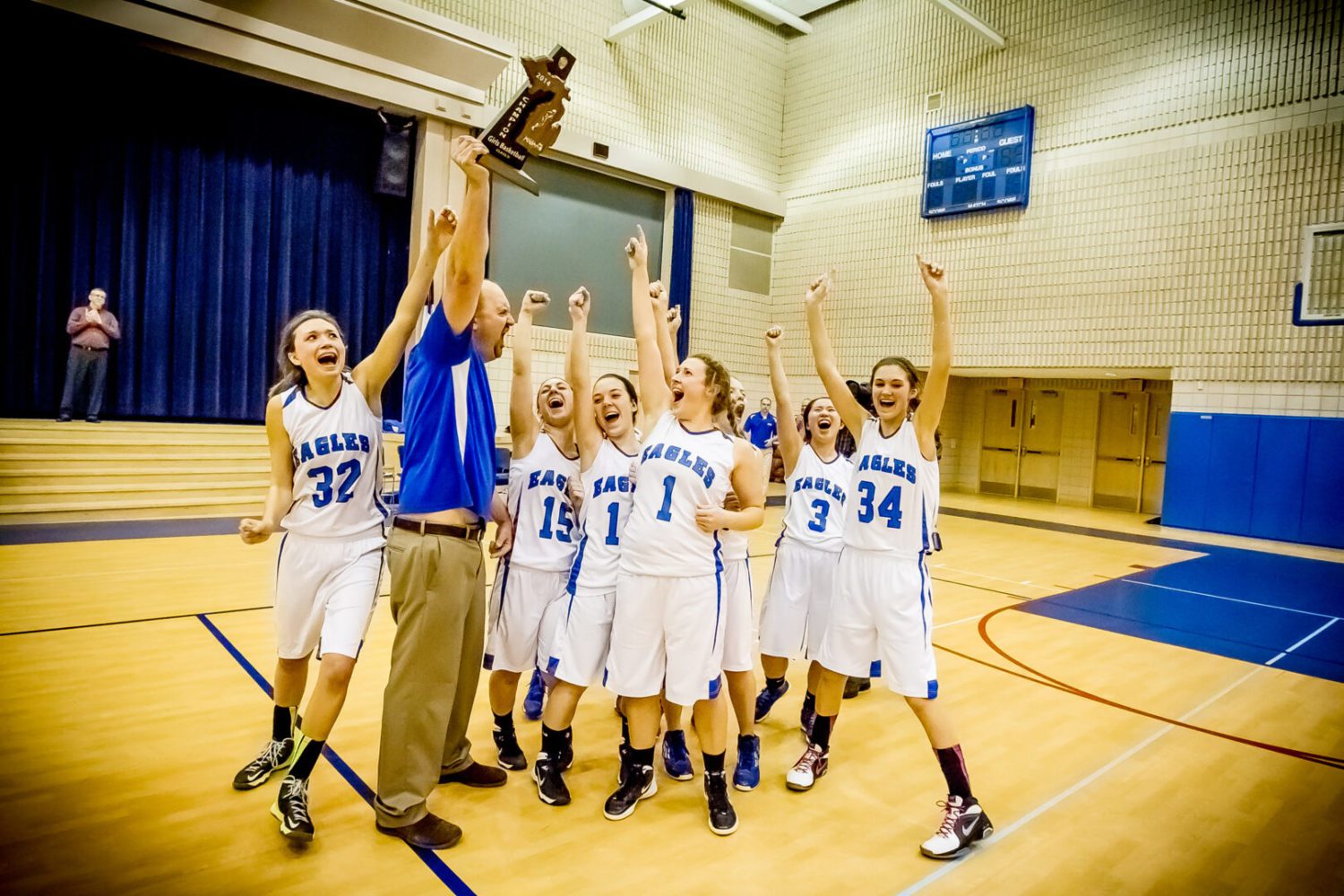 FRUITPORT — A four-quarter game ended up being decided in the last 26 seconds Friday night when the Fruitport Calvary Christian Lady Eagles came away with a 63-60 Class D District girls basketball victory over the Muskegon Catholic Central Lady Crusaders. 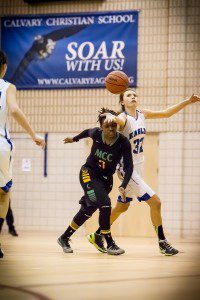 After an early 2-2 tie, the Lady Eagles jumped into the lead and kept it until a basket by the Lady Crusaders’ Jemauree Neal tied the game again at 60-60 with 26 seconds left.

The Catholic defense forced a jump ball tie-up with 19.1 seconds left, but Calvary Christian kept possession thanks to the possession arrow.

Allyson Richards sank two free throws with 10.5 seconds left and her older sister, Taylor, hit the first of two with 1.3 seconds remaining. Taylor missed the second shot, the Lady Crusaders rebounded, but they could not get off a shot from mid-court within the remaining time.

“It was a very intense game,” Brad Richards, the Calvary Christian coach said. “Down the stretch, I just kept praying to give our kids some strength and to finish the game. We were exhausted, and we finished the game with three out of four free throws made. I thought we tried to give it away at the end a little bit.”

The Lady Eagles, now 19-3, stretched out their lead to as many as eight points in the second quarter, nine in the third and nine again in the fourth quarter only to have the Lady Crusaders keep storming back.

Catholic, which finished the season 13-8, used a pressure defense to force the Eagles into 28 turnovers and never gave up a three-point basket. However, the Lady Crusaders had seven three-point baskets but offset those by sinking only 5 of 18 free throws.

“They didn’t score in the half-court offense. They scored off turnovers,” said Richards, now in his fourth season as coach at Calvary Christian. “We knew every play they were going to run, and we’ve been thinking about this game for a year.”

The Lady Eagles will be making their second trip to the regionals in three years. They reached the regional final in 2012 only to lose in the championship game. 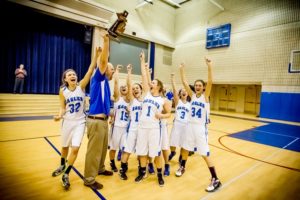 Now the Lady Eagles will be playing Fowler in the 7:30 p.m. game Tuesday, March 4, at Big Rapids Crossroads Academy. Fowler advanced by slipping past Portland St. Patrick 62-60 in the Fulton district.

Taylor Richards had a team-high 24 points, 20 rebounds, three assists and one steal for Calvary Christian. Allyson Richards finished with 14 points and 12 rebounds while Brianna Zehr had 11 points, four assists and two steals. The Lady Eagles sank 19 of their 29 free throws including 9 of 13 in the fourth quarter.

Kimyonna Thompson put in 18 points, Zhane Harris scored 16  points and Neal finished 11 points for Muskegon Catholic which won the district title in 2011 and 2013. 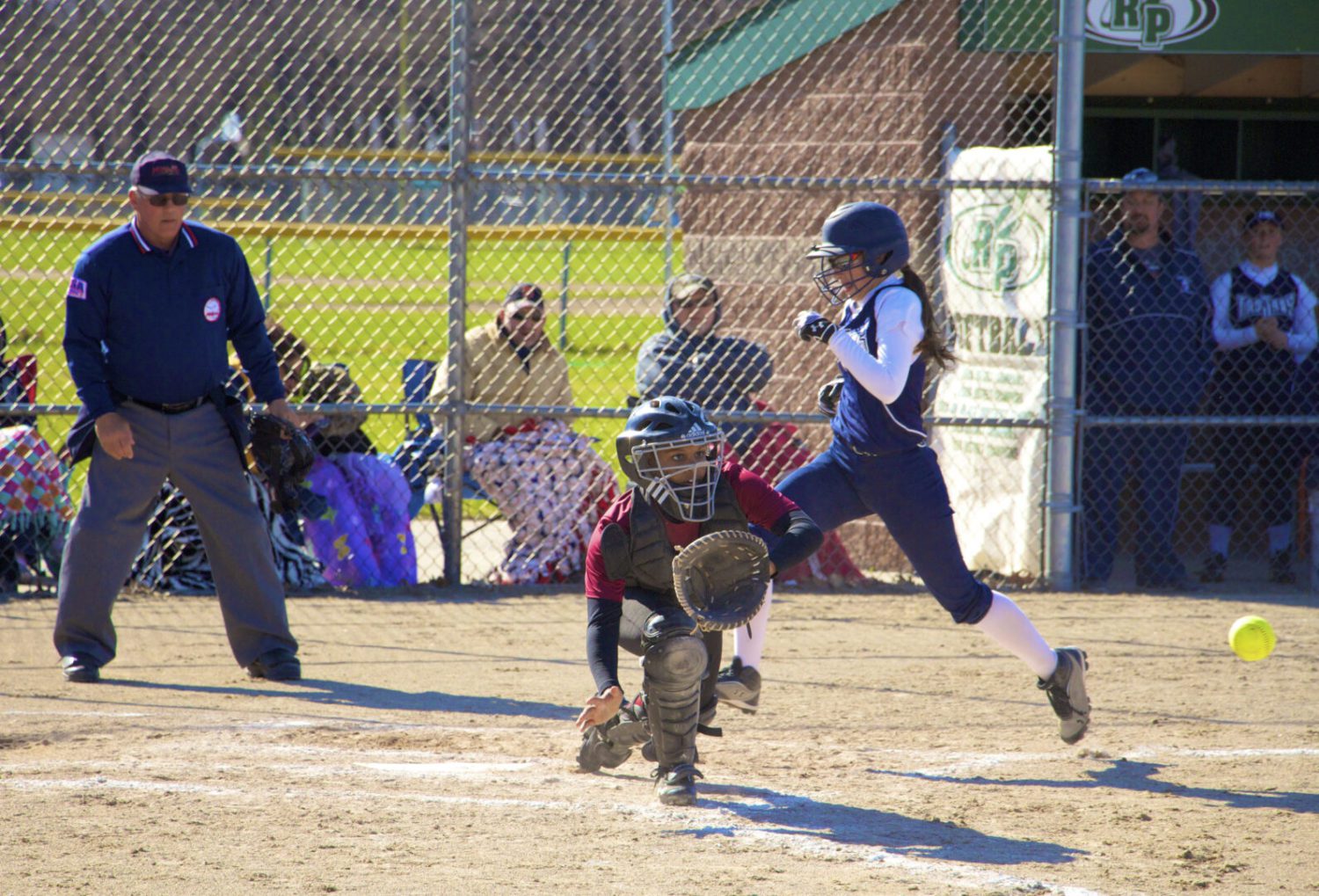