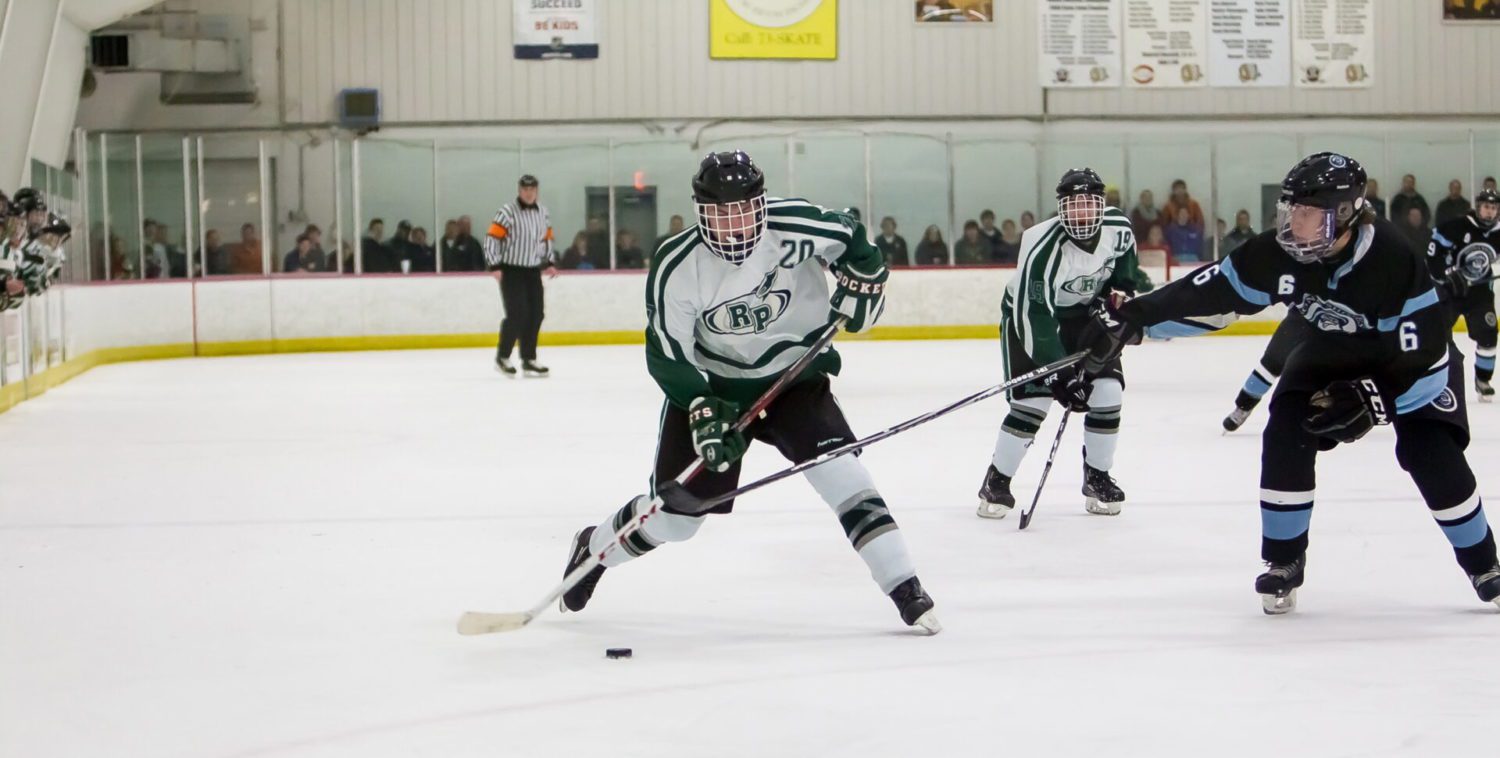 After winning their past six games, including two to start the playoffs, by one goal, the Rockets made the Regional Finals game at Lawson Ice Arena at Western Michigan University feel much more comfortable.

Reeths-Puffer’s top line accounted for four goals in a 5-0 regional championship win over Forest Hills Northern/EasternSaturday, earning a trip to the Division 2 state quarterfinals for the second straight year.

“We had a talented team last year and we’re proud of that (quarterfinals) but we could’ve done more,” Puffer coach Eric Sikkenga said. “People thought we were one-and-done but we knew better. But you have to go do it. These kids challenged themselves all year and pushed and pushed to be more resilient.”

The Rockets advance to Tuesday’s state quarterfinals game against Saginaw Heritage, a 4-2 winner over Marquette. The game will be played in Big Rapids at a time yet to be determined.

Outshooting FHNE 28-9 through two periods, the Rockets continued to control the action in the third and would score three times to finish the job.

The top line of Kyle Kendra, Josh Smith and Riley Draper dominated the action in the period, and gave R-P a 3-0 lead when Kendra found Smith, who tried to center the puck back to Kendra but instead bounced it off a defensemen to Draper for the one-timer and a goal.

Three minutes later, it was Kendra’s turn, as Smith stole the puck and lead a 2-on-1 shorthanded, finding Kendra for the team’s fourth goal.

“I got a great pass from my linemate,” Kendra said. “I was waiting and he got it to me and I just put it in.”

With a comfortable 4-goal lead, the Rockets didn’t relax, but instead turned up the defensive pressure, holding FHNE to just four shots in the final period.

“All the credit goes to Reeths-Puffer,” Forest Hills coach Tom Bissett said. “From their goalie to their defensemen it was just hard for us to generate any offense.”

Forest Hills Northern/Eastern was given a golden opportunity to get the offense kick-started just 1:16 into the game. And again 29 seconds later, as Puffer took back-to-back penalties, leading to a 5-on-3 situation. But FHNE managed just two shots on goalie Jake Vander Lee.

Reeths-Puffer would take advantage of its first power-play chance 6:03 into the first, as Draper and Kendra would assist on Smith’s goal, for a 1-0 at the end of the first.

Obviously Puffer is stranger to one-goal games, not just in the past six contests, but against Forest Hills. The Rockets defeated FHNE 1-0 in overtime on December 3. But any chance of that happening again, disappeared 8:23 into the second period.

Draper would find a streaking Smith breaking in, and Smith would fire the puck high-and-wide, only to gather his own rebound and center it to Kendra for a 2-0 lead. Although the game still had the making of a tight contest heading into the third period, it wouldn’t materialize thanks to the Rockets No. 1 line.

“All 24 of our kids have given everything they’ve got, and our whole team deserves recognition,” Sikkenga said. “But those three guys have been special for us all season. When they are playing (their best) they’re as good a line as I’ve seen in hockey. All three can dictate the play of the game and I wouldn’t want to play against them.”

The Rockets finished off the scoring with three minutes left in the game, as Ryan Compeau’s rebound found Nathan Ruiter for a power-play goal.

“Our defense today was spectacular, it was solid,” Sikkenga added. “When they did get through (Jake) did his job again.”

Vander Lee finished with 13 saves for Puffer, picking up his third shutout of the season and Brandon Young had two assists.