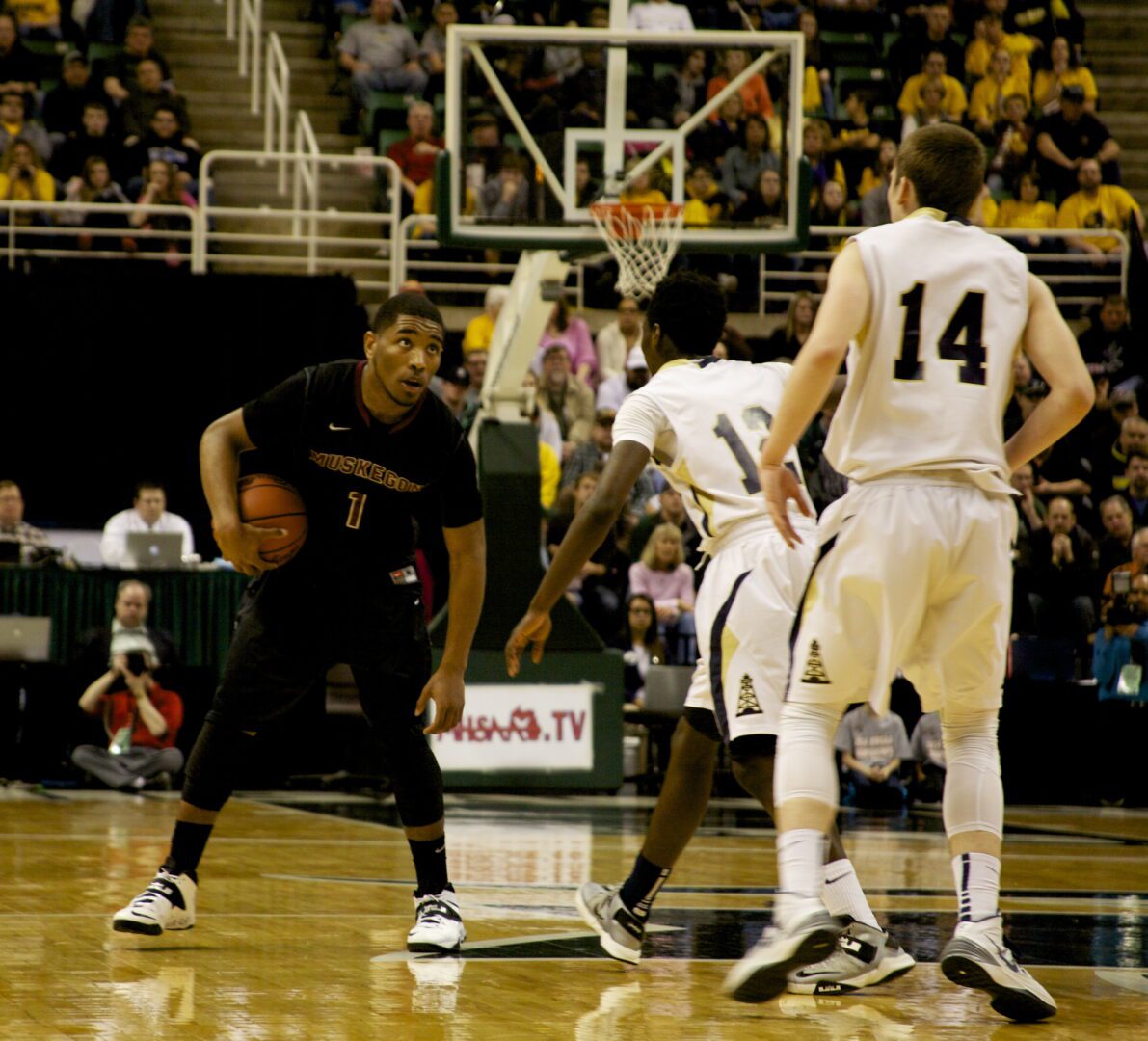 EAST LANSING – Usually when a team has a “Mr. Basketball” on its roster – the boy voted as the state’s top high school player – big games are determined by his performance.

But that certainly wasn’t the case for the Muskegon Big Reds in Friday’s Class A state semifinal against Mount Pleasant at the Breslin Center at Michigan State University.

Deshaun Thrower, the Big Reds’ Mr. Basketball, had a solid game, with nine points, five assists and six rebounds. But he collected his fourth foul in just before halftime and spent significant minutes on the bench.

But the Big Reds demonstrated how deep and talented they really are, getting double-figure scoring from four players en route to a 63-47 victory over the Oilers and a berth in tomorrow’s state championship game. The Big Reds will face Bloomfield Hills at the Breslin Center at noon.

Muskegon, now 27-0, will be trying to complete a perfect season and win its first Class A state title since 1937, when legendary coach Leo Redmond’s team beat Holland in the finals.

If they win, the Big Reds will be the first Class A team to go wire-to-wire without a loss since Rockford in 2003.

“This is one of those things where there’s a lot of poeople depending on this team,” Guy said. “We’re giving a lot of people hope. This is bigger than basketball for Muskegon and Muskegon Heights, North Muskegon. We’re bringing everyboady together and if we could win this, it would be great for our city.”

There’s no doubt that Mount Pleasant was worried about Thrower –  who’s averaging 18 points per game –  going into Friday’s contest.

Deyonta Davis’ dunk in the fourth quarter helped lift Muskegon in the second half as Mount Pleasant attempted to make a comeback. Photo/Jason Goorman

But the Oilers found out there is a lot more to worry about on the Muskegon roster.

After falling behind 6-2 in the opening minutes, Muskegon collected 11 first quarter points from Joeviair Kennedy to race to an 18-9 lead at the buzzer.

The Big Reds went on a 10-0 scoring spurt in the last four minutes of the second quarter to extend their advantage to 36-17 at halftime.

Foul trouble plagued Muskegon in the second half, while Thrower collected his fourth infraction on a strange intentional foul call just before the break, Kennedy, Deyonta Davis and Jordan Waire were all whistled for their fourth in the final quarter.

Davis opened the fourth quarter with a blocked shot and followed up a minute later with a dunk to put Muskegon up 50-34. Mount Pleasant pulled within nine points, 52-43 midway through the final quarter, but the Oilers were eventually forced to foul, and the Big Reds hit their free throws when they mattered most.

They converted 7 of 8 from the line in the last two minutes to seal the win, with Roberson hitting four, Kennedy adding two and Waire nailing one.

Deshaun Thrower prepares to square up to the basket as Mount Pleasant’s No. 14 Aaron Leasher and Anton Colton get ready to defend. Photol/Jason Goorman

“I think we have a lot of guys stepping up for us, but one kid that is getting lost in the mix is Jordan Waire,” Guy said. “He’s disrupting a lot of guys. He can really score with the basketball but he’s sacrificing himself  so he can be in the position to lock down the opposing team’s best guy.

“We have a lot of guys stepping up in different ways. It might now always show in the stat sheet, but they are playing their roles.”

Muskegon had a strong shooting game, converting 22 of 46 attempts from the field. Mount Pleasant made only 16 of 54 shots, largely because the Oilers were forced out of their offensive tempo by the 6-9 Davis and his shot blocking skills.

“(Davis) did not fall for the head fake and he timed some great blocks,” Guy said.  “That’s what makes him special. His timing is great, he give teams a lot of problems.” 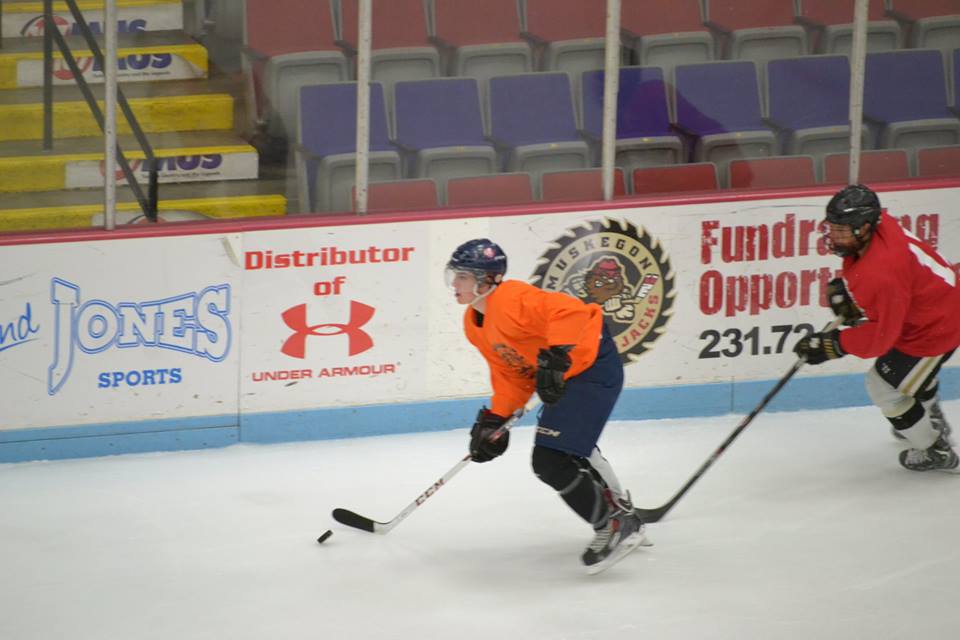 Dozens of talented young players in town, vying for a chance to be a Lumberjack [VIDEO]