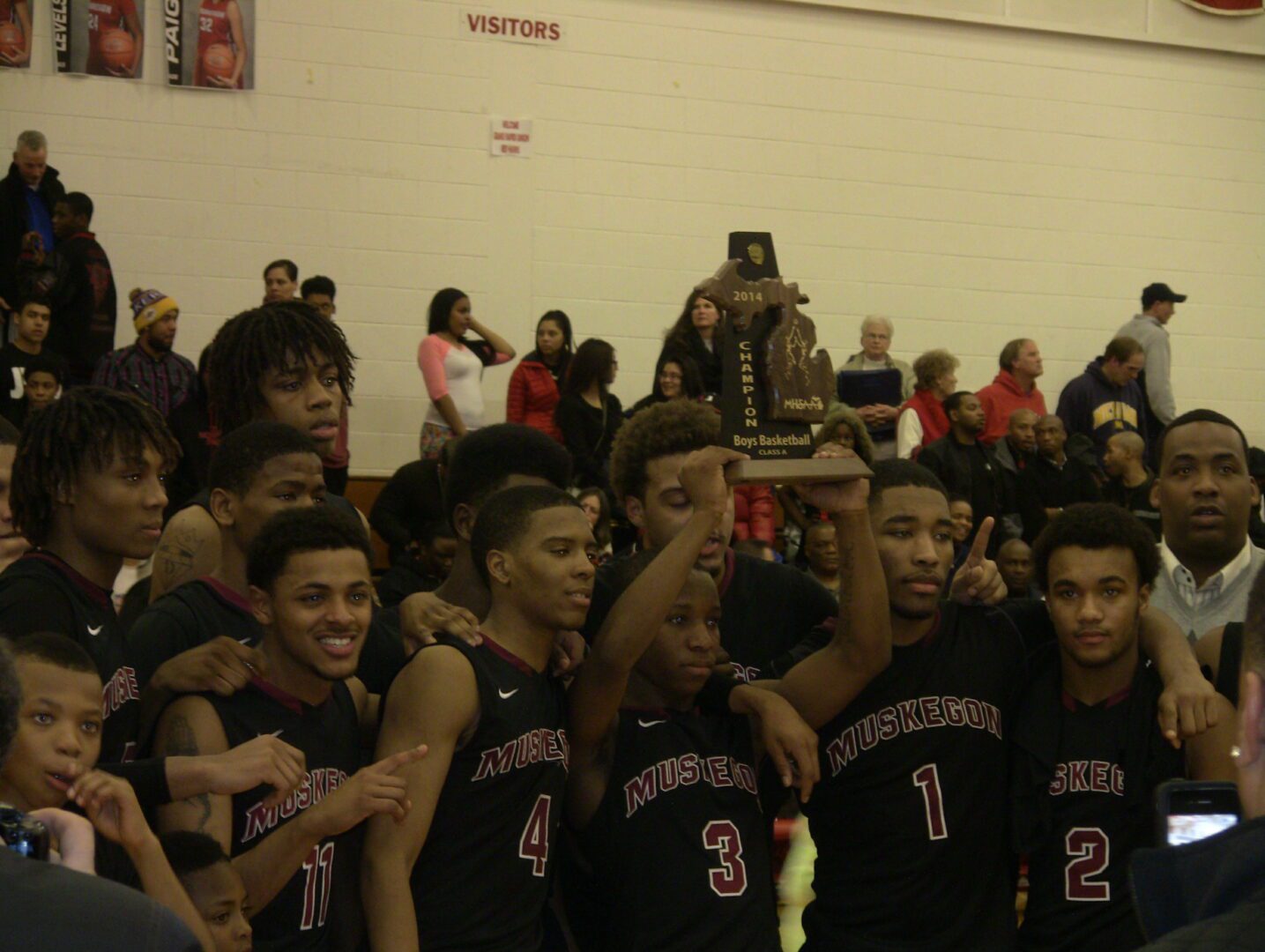 MUSKEGON – The top-rated boys basketball in the state, the unbeaten Muskegon Big Reds, didn’t look all that highly ranked at Wednesday’s district semifinal game versus an undermanned Reeths-Puffer squad, a 74-41 win that spoke more about the Big Red’s deep bench than about the starting five. 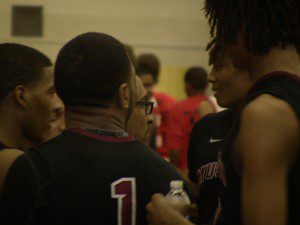 So Muskegon came into the district finals looking to get started quickly.

And that they did, big time, at Friday night’s the district title game between the Big Reds and OK Black Conference foe Grand Rapids Union. Though the Red Hawks are a solid, spirited bunch, it’s going to take a whole lot more than that to stop Muskegon’s march toward the Breslin Center.

That is, the Big Reds have evolved from a really, really good team into a great team.
A 23-0 squad.

Pity the team that goes up against them unprepared to face a full-force gale.

Exhibit A: Muskegon’s 73-48 win over the Red Hawks (12-9) Friday night, which stands in stark contrast to the last time the two teams met, a fourth-quarter comeback win that tested the  Big Reds’ resolve. Couple that with Wednesday’s lackluster win over the Rockets, and Muskegon head coach Keith Guy was hoping for a different result in  the district final.

“To be honest with you, that was the best thing that could ever happened to us for them to play us close,” said Guy. “No matter what I do as a coach sometimes, you tell them how good a team is, they won’t believe it until they actually see it.

And they saw it for themselves at Grand Rapids Union. We barely got out of there with a win. And it was the best  thing that happened to us.”

Yes, this time it was different, though, right from the start, at least after Union’s Curtis Davidson layup 20 seconds into the game. It was the last time the Red Hawks would lead.

From then on it was a rout, led by the legendary inside play of center Deyonta Davis,  just a junior though he’s already committed to Michigan State University, finished with a triple-double with 15 points, 16 blocks, and 12 boards, including 10 blocks in the first half, four in the first five minutes. The entire Muskegon lineup played well defensively, feeding off Davis’ frenzied defense of the basket.

“He comes up big,” said senior guard Deshaun Thrower of Davis. “He’s our rim protector. When we get broke down on the dribble or something, he’s always there to protect. He’s our Superman of the team. I don’t know if we’d be this far without him.”

“He changes the game,” said Guy. “Words can’t describe the level of his importance to this team. ”
Then he compared Davis to Bill Russell.

Muskegon led 18-6 after one, and 29-6 five minutes into the second quarter. A three-pointer at the buzzer off the hand of senior Jordan Waire made it 35-12 at the break.

“Defensively it was the best half”‘ his team has played this season, said Guy. “To hold a team to six points most of the first half. We got after it.”

Junior Joeviair Kennedy scored eight point in the third to lead Muskegon to the 55-28 lead after three, and Thrower, who finished with a game-high 20 points, went 5-of-6 from the free-throw line in the fourth to help provide the final result.
As Thrower, Waire, and William Roberson Jr., all seniors, left the floor late in the game, the three gathered at the big M at center court, kneeled down, and kissed the M.

“We’re trying to start something with the seniors,” commented Thrower. “Kiss the M, go out with a win.”
Kennedy finished with 15 points, with Roberson added 11 in the victory.

Now it is on to face Grand Rapids Northview at Monday’s regional semifinal at Zeeland East High School.
The ball is set to tip at 6 p.m. The winner will move on to play the winner of the Ottawa Hills/Hudsonville game Wednesday at 7 p.m.