‘Who says this town ain’t got no heart?’ 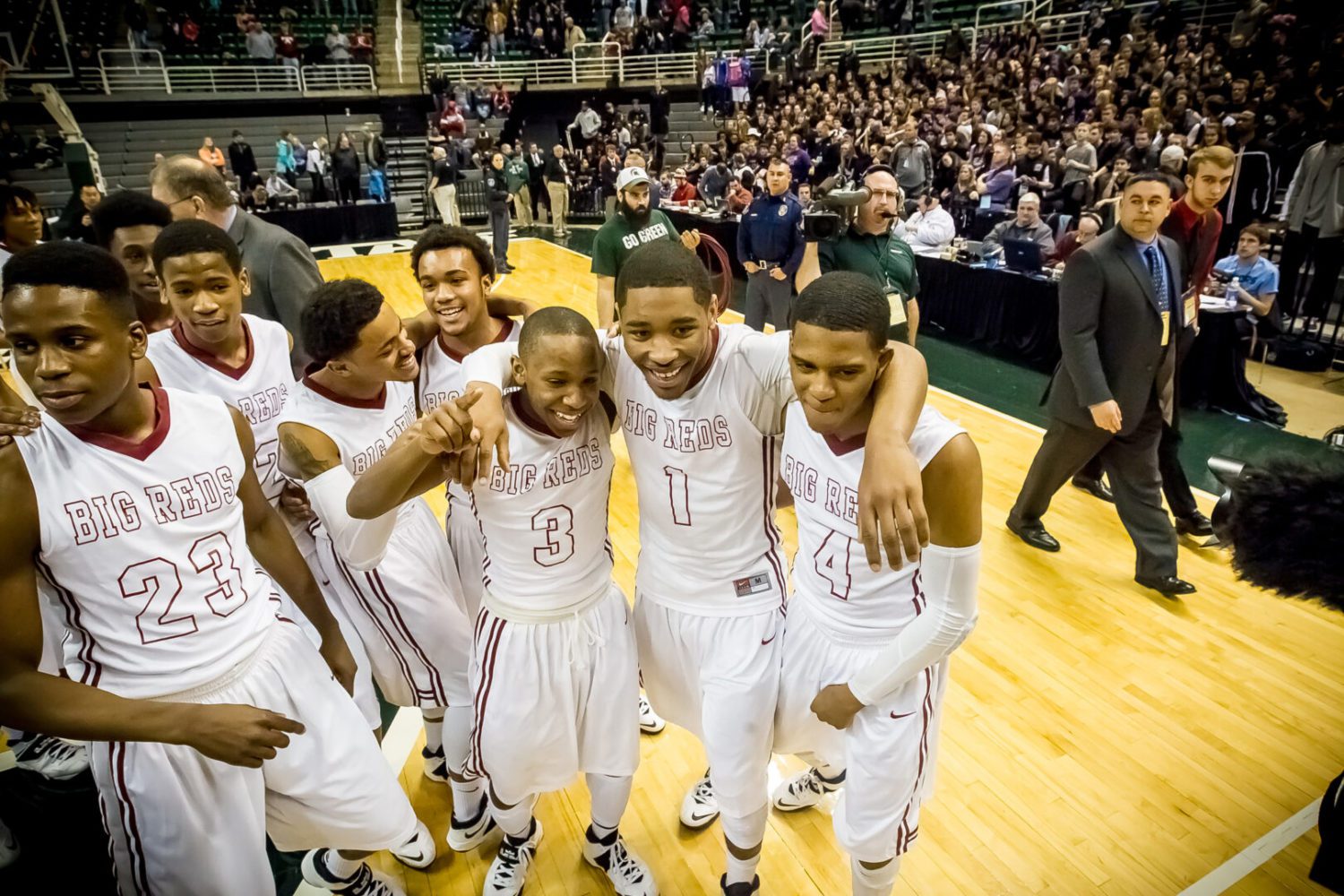 It never fails to amaze me, the unifying power of high school sports.

While many focus on the direct benefits of competitive athletics – teamwork, leadership, goal attainment – the way sports brings together diverse people is, to me, its greatest value.

Of all the ugliness of high stakes, big-budget college and professional sports – and, make no mistake, much of it is nothing but ugly –  its very worst can’t touch the way high school athletics brings together whole communities.

Here in the Muskegon area we have so many examples of this, it seems almost superfluous to try and list them all. Who has that kind of time?

It’s as true, though, for the powerhouse teams as it is for the opportunistic upstarts, as it is for the perennial losers. Traditions, alliances forged generations beforehand reappear each season like flora. Memories fade and are re-imagined with each passing class. Parents and friends cheer for the football star as well as for the last-place two-miler, and in the end, both have equal value.

The shear variety of experiences in sport helps us step outside ourselves, and that helps us become better people.

Muskegon head coach Keith Guy was witness to this last weekend, as his Big Reds sublimely marched their way to the school’s first boys basketball title since 1937. The team’s post-game presser was the stuff of legends, particularly when the conversation veered toward Guy’s paternal role for his players.

“We’ve known each other since we were little and (Guy) has been coaching us since then,” said senior guard William Roberson. “He’s been there for us every step of the way.”

“It’s a blessing to run across this man,” said senior guard Jordan Waire. “He took me in, kept me on track. I switched schools, came back and he was still the same man. I can go on and on about him. I just love him.”

“We’ve built a relationship,” said Thrower. “Me and him and my parents and him. He’s like a another father to me. He looks after me, on and off the court. He’s going to continue to do that. We’ll have that bond, even after high school.”

Guy’s eyes, which were already puffy and wet, would remain so.

I want to resist the urge to assume that all the kids on Keith Guy’s basketball team particularly need another father figure. Really, it must be discouraging for the African-American father to constantly hear about his ineffectiveness when he’s doing every damn thing he can to keep his family together.

It’s degrading, and I refuse to do it.

But only a fool would tell you we all couldn’t use someone like Guy helping guide us in our teen years.

Just the same, it’s unfair to the champions of Muskegon High School to dismiss the fact that many of them have it harder than they should. This town has weathered a whole lot of crap over the years; just when we think we’re on our way up, sustained success never seems to materialize. When that happens, the kids feel it the most.

No kids have felt it more than the student-athletes at Muskegon Heights Academy. Almost two years ago, the district’s future seemed dire, forcing Guy to seek a job at neighboring Muskegon High School. Most of the high-profile players scattered to the four winds, ending up at several area schools.

And yet, the Heights has not only continued to field a competitive team, the Tigers have thrived. Led by Head Coach Dalrecus Stewart, the Tigers have compiled in two seasons a 38-9 record, making it to the regional finals and state semifinals in successive seasons.

This, despite the near-disappearance of the school, the city’s unemployment crisis, an imploding housing market, rampant imprisonment (both the justified and the institutionally encouraged), and the fracturing of social and relational bonds.

“We knew we could overcome,” said Stewart, in a brilliant piece by LSJ’s Steve Gunn.

“We just had to make some adjustments and some guys had to step up.”

“If any team had proven it could be done,” said Stewart, “it was us.”

When I was younger, a mentor of mine – a very wise dude – would talk disparagingly about high school sports. I was in my cerebral, academic phase, so I kept my mouth shut thinking his unsupported assertion was true by virtue of him having said it.

But my own high school athletic experience was as outstanding as anyone’s, and deep down in my gut I knew my sensible guru was wrong on this point. Eventually I spoke out in defense of high school sports.

Did I even have a choice?

I mean, can you imagine this world, this town, without people like Guy and Stewart guiding along our progeny to be better than they are today?

No, this place would be missing something, would lack something basic and good, without high school sports.

And you can take that to your guru.