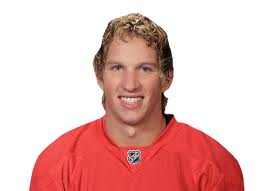 Justin Abdelkader tallied his second multi-goal game of the season in Detroit’s 3-0 win over host St. Louis on Sunday.

The Mona Shores grad scored two goals against the Blues to close out the regular season. Abdelkader’s last two-goal game performance was Feb. 3 in a 2-0 win over Vancouver.

Detroit led 1-0 after the first period with Abdelkader on the opening goal. Brian Lashoff and Pavel Datsyuk assisted on the goal at the 13:30 mark.

After a Riley Sheahan second period goal put Detroit up 2-0, Abdelkader came through in the third period with his second goal of the night. Datsyuk  and Jakub Kindl assisted.

Detroit finished the regular season at 37-31-14 and and is entering the playoffs for the 23rd straight season.

The Red Wings open up the 2014 playoffs in Boston on Friday with game time slated for 7:30 p.m. The Bruins finished atop of the NHL with 117 points.

Grand Haven boys win, girls lose on a special night of basketball at the old ‘Pit”