City commission votes to help Lumberjacks with arena costs; team may be ready to negotiate a long-term arena lease

The Muskegon Lumberjacks finished third from the bottom in attendance this season in the 16-team United States Hockey League.

And the franchise is “not even coming close” to breaking even financially at this point, let alone making a profit in Muskegon.

But there’s still plenty of reason for optimism.

First of all, the team will definitely operate in Muskegon in the 2014-15 season.

And on Tuesday the Muskegon City Commission approved a plan that will provide the Lumberjacks with approximately $200,000 worth of much-needed financial assistance with utility and maintenance costs at the aging L.C. Walker Arena.

Part of the plan will include an additional surcharge on tickets for all events at the arena. That would include Lumberjack tickets, although the club said it hasn’t determined whether that cost will be passed on to fans.

Team officials reiterated Tuesday that the assistance package was a big step toward convincing the club to negotiate a new long-term lease for the arena.

That means the Lumberjacks could commit to staying in Muskegon for many years to come.

“This is a really good building and a really good market,” Lumberjacks General Manager John Vanbiesbrouck told Local Sports Journal. “I believe it’s on the upward trend. We’re getting a positive vibe from local hotel owners and other business owners and the city. They really like what we’re doing here.”

The Lumberjacks recently completed their fourth season in Muskegon, after debuting as a USHL expansion team in the 2010-11 season.

The club has never drawn particularly well, and this season was no exception.

The only teams to draw worse than Muskegon were the Chicago Steel (1,420) and the U.S. Junior Development Team (325), which is based in Ann Arbor and operates out of a tiny arena.

“It’s incumbent upon us to sell more tickets,” Vanbiesbrouck said. “That’s the work we need to do. We would like to get more support. We believe this is a whole new crowd of hockey fans (from those who supported the city’s now defunct pro teams), and we need to expand their numbers.

The team’s current lease with the city is also a financial burden on the club, according to Vanbiesbrouck.

The city pays the Lumberjacks $250,000 per year and the team operates the arena and keeps most of the revenue it generates. But the cost of keeping everything running – utilities and maintenance – has put a serious dent in the team’s bottom line, Vanbiesbrouck said.

“Running this facility takes a lot,” Vanbiesbrouck said. “We’re not even coming close to breaking even (financially) because of the way the lease is set up. We can’t even get relatively close because of the building operation costs and all that we have on top of us.”

The team’s new ownership group, which took control of the club last summer, is well financed and committed to putting down roots in Muskegon, according to Vanbiesbrouck. But ultimately that will depend on drawing enough fans and negotiating the type of lease that will allow the club to prosper, he said.

THE CITY TO THE RESCUE

The assistance package approved by the city commission could represent the light at the end of the tunnel for the Lumberjacks – or at least a ray of hope.

City commissioners voted 6-1 to a “one year temporary agreement and an amendment to the operating agreement” with the Lumberjacks, according to Muskegon City Manager Frank Peterson.

That means the city will allow the team to increase the surcharge on tickets for arena events from 25 cents to $1, with the Lumberjacks keeping the proceeds.

The city also agreed to split the cost of outstanding utility bills, with the city kicking in a maximum of $15,000.

Overall the package is expected to save the team more than $200,000 over the next year, Peterson said.

“I think the commissioners realized that the arena is an asset and it’s in our best interests to keep the arena active,” Peterson told Local Sports Journal. “I also think they recognize that the building is aged, and the cost to operate it may not be feasible for one tenant, without community support.”

Peterson said the city will now focus on forming a committee to examine other possible uses for the arena, and to measure the potential for other entities throughout the county – like the Community Foundation for Greater Muskegon or other local units of government – to contribute toward the operation of the building.

Peterson also said he’s looking forward to starting talks with the Lumberjacks in the near future on a new lease for the arena. The team’s current lease is scheduled to expire Sept. 1, 2016.

“The club is very happy with the assistance, and the commitment of the mayor, vice mayor, city manager and everyone involved in the decision-making process,” Vanbiesbrouk said. “We are very grateful.

“We hope to get a long-term lease. This certainly helps us get there.”

Regarding the possibility that the added ticket surcharge could affect Lumberjack ticket prices, Vanbiesbrouk said “We are working on ticket packages and costs now. No determination has been made.” 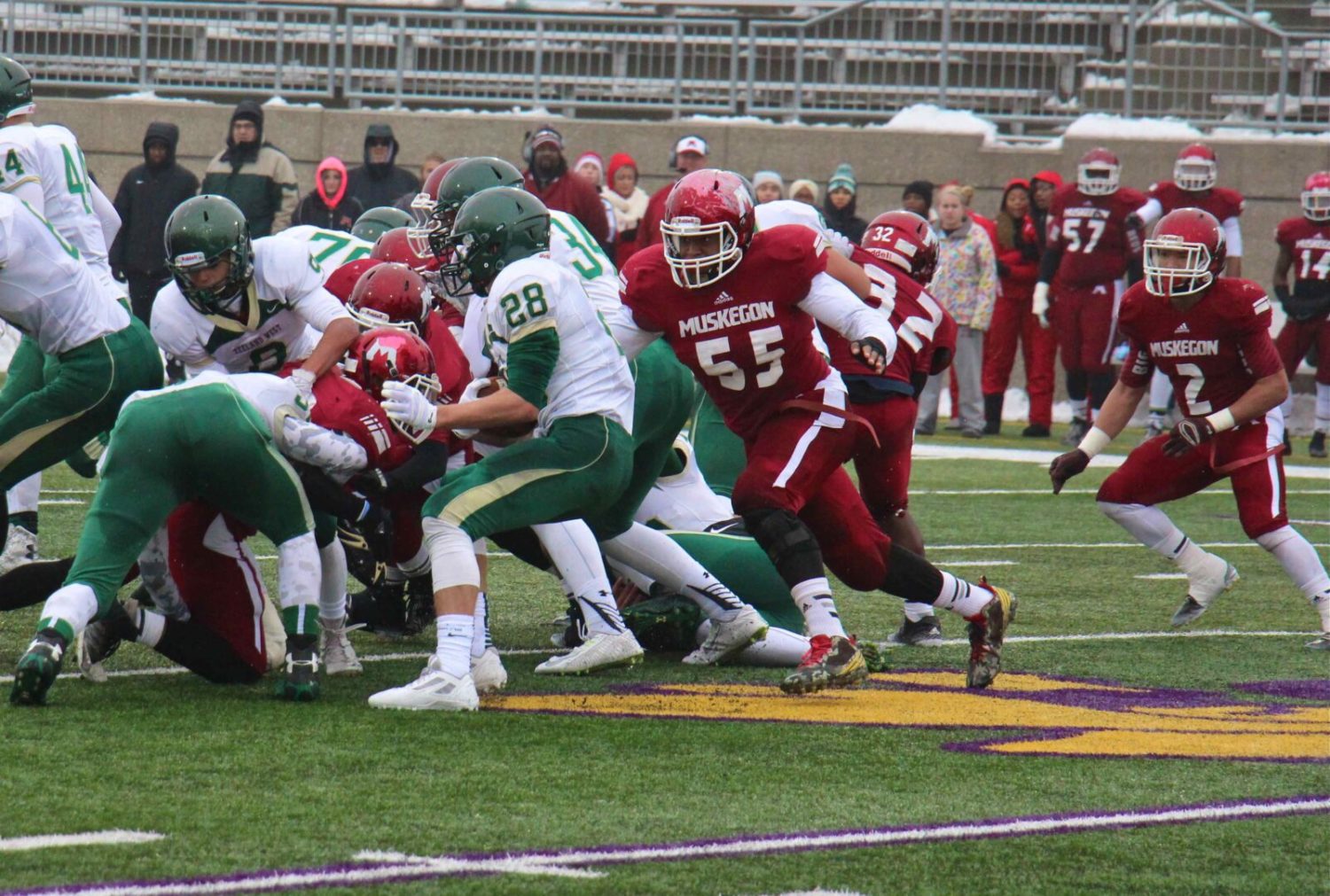