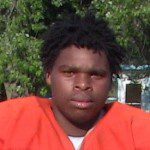 Marquis Gresham, a starter on the team that advanced to the Class C state semifinals this year, was pronounced dead at Hackley Hospital shortly after the shooting, according to a report from WZZM-TV.

Gresham was walking along Fifth Street with several friends around 6:15 p.m. when a burgundy SUV reportedly pulled up alongside the group and four gunshots came from the vehicle. Gresham ran about a half block before collapsing, the news report said. He was taken to Hackley Hospital, where the emergency room was put on lockdown as a security precaution, the news report said.

Gresham was among a special group of Muskegon Heights student athletes who stuck by their school several years ago, when a financial emergency forced a state takeover and conversion to charter school status. 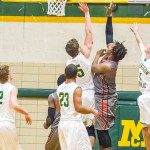 Many top athletes fled to other school districts, but a core group that included Gresham stuck with their school and maintained its storied basketball tradition. Muskegon Heights won 17 games two years ago, and 21 this winter while advancing to the Class C state semifinals.

The team suffered a major blow on the eve of the 2013-14 season when two key players were arrested in connection with a taxi cab robbery. But Gresham and the rest of the players worked hard to hold the team together and help it reach its goals.