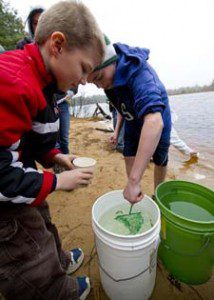 Every year the Department of Natural Resources and more than 15,000 Michigan students team up in hatching Chinook salmon eggs from the DNR’s fish hatcheries. The students handle feeding and caring for the fry until they are old enough, in the spring, to be released into local rivers – hopefully to return in four years to spawn.

Salmon in the Classroom has been the DNR’s most popular education program.

“Rather than someone coming into the classroom and talking for an hour, these kids are involved with live creatures from the fall until the spring,” Frailey Kevin Frailey, the education services manager at the DNR.

“The kids learn about biology, chemistry, ecology and stewardship. Tests show they know a lot more about fish and the Great Lakes after the program than they did before,” said Frailey. “Our research shows that students engaged in this program show significant gains in a variety of subjects.”

“The two biggest motivating factors are a dedicated teacher and a committed community,” Frailey continued. “The equipment – a tank and a chiller — costs about $1,000 to $1,500 and many of the programs are sponsored by local conservation clubs or other community groups.”

The program, begun by a DNR fisheries biologist as something of a lark in the mid-1990s, is now in some 230 schools, engaging students from upper elementary through high school. Some schools have hundreds of students involved in the program, others a mere handful.

Local schools involved in the program have included Mona Shores, Fremont, Spring Lake and Grand Haven. Fruitport has also participated and has a youtube channel with some nice video.

The students at Whitefish Township Community School in Paradise recently released the 88 salmon they raised (from about 200 eggs) this year into the Tahquamenon River at Tahquamenon Falls State Park in Chippewa County.

“The program teaches the life cycle of salmon, from the egg to the smolt,” said science teacher Matt Carter, who had the school’s entire student body (34 students, K-12) on hand for the release. “One of the goals is to stress conservation, the importance of keeping our fish population healthy for the environment and recreation.

“The students worked every day to take care of the salmon. They checked the water quality – looked at the amounts of nitrates and chlorine and ammonia in the water – they checked the pH and scrubbed the tank to make sure there wasn’t too much algae. As long as this program is available, we’ll continue to do this.”

The salmon release, from the bus ride to the park to letting the smolts go, took only a couple of hours, but it turned into a daylong field trip when park interpreter Theresa Neal gave the youngsters an extra job – helping stock trout in the Tahquamenon River below the upper falls.

The river is accessible by a 116-step staircase from the walking path to the water. And there’s only one way to get the 4,000 brown trout from the fish truck to the river – by buckets. So the youngsters formed a bucket brigade, passing the trout – 10 to 20 at a time, in 5-gallon buckets – down the steps to the river.

The DNR has stocked trout in the river here since the 1950s, said Cory Kovacs, the DNR fisheries biologist at Newberry.

“It offers fly fishermen something unique in the Upper Peninsula,” Kovacs said. “It’s remote – there’s not a lot of access – and it’s pretty comparable to the fishing out West in terms of the aesthetics.”

The fishery is becoming increasingly popular with kayakers and canoeists, Kovacs said, and a postcard survey of anglers showed a high rate of satisfaction with the angling experience.

“We don’t get a lot of reports, but the reports we get are positive,” he said.

The idea of enlisting the youngsters’ help came to Neal in a flash when she saw how difficult it was for the DNR crew – including Fisheries Division personnel and park staffers – to get the job done.

“We’re always trying to do new things with the school and we thought this would be a good excuse for a field trip,” said Neal, who started the student bucket brigade in 2008. “They learn a little bit about the DNR, our hatcheries and the fish.

It’s a good community event, too,” she continued. “We always like to get the community involved whenever we can. It has been a big hit; we get a dozen or so people from the community who don’t necessarily have kids in school. A lot of retired folks come to Paradise to live, so it’s a good way to introduce them to the park and what we do.”

Leo Culbert, a retiree form Hillsdale County, said he heard about the fish planting at the senior center, came to see it, and wound up in the bucket brigade.

“I think it’s neat,” he said. “I’ll fish for them. I think it’s real nice for the school to come out and help.”

Between the salmon release and the bucket brigade, John Prescott, the principal/superintendent of Whitefish Township Community School, grilled hot dogs and brats for the students and staff.

“This is a fun, highly educational experience,” he said. “They get to see the ecosystem. But it’s a riot to get them out here to release the trout and then, later on, one of them might catch one.”

Zachary Ferguson, a ninth-grader who took on a leadership role in the bucket brigade, said he thoroughly enjoys the experience.

“I like it,” he said. “I know a lot of people catch brown trout out of this river. I’m planning on coming back and fishing for them this summer.”

There is an extensive amount of video on youtube of many different schools from across the state participating in the program. Check out the video below from Benzie Central’s 6th grade class in May of 2012. 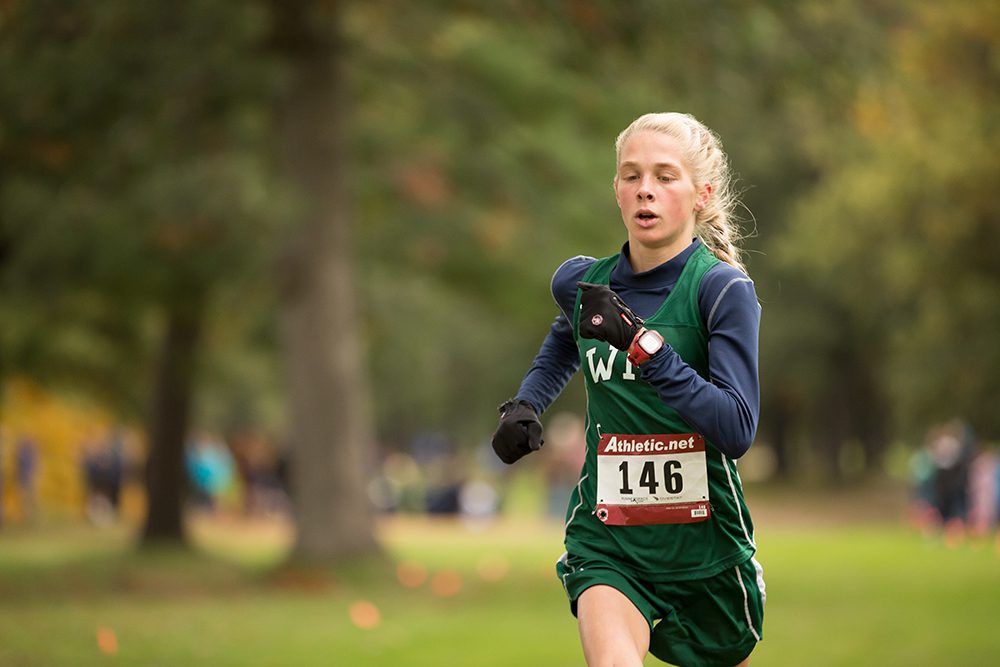