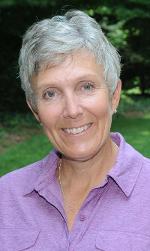 Kim Vincent has been named the new head women’s lacrosse coach for Hope College. Vincent founded Grand Haven’s girls Lacrosse program and has coached the varsity squad for the past seven seasons.

The new coach of the Flying Dutch led Grand Haven to a 13-3 record this past spring and a second-place finish in the OK Rainbow 2.

“Coaching is an amazing profession and having the opportunity to work at the college level is exciting for me,” said Vincent in a Hope College press release. “I have a lot of respect for Hope College’s academics and athletics. It’s a privilege to be selected to lead these young women through what should be one of the best chapters of their lives.”

Vincent will most likely be remembered by the Bucs for ushering in a certain enthusiasm for a new sport which many Grand Haven girls didn’t even know where to get the equipment.

“The sport was so new that girls came to the team without having experience or any idea about where to purchase equipment,” said Vincent. “They were the pioneers; it took a lot of courage to be on the team in those days. I will never forget these girls because they played for the love of the sport and their team.”

“With its (Hope College) two-year start as a varsity team and an athletic department with a reputation and tradition of excellence, we already have a lot of successes to build on – including a solid roster of returners and a number of incoming players who are looking to join us in the fall,” said Vincent about her joining the Flying Dutch.