Center Adam Strom had 13 points and Brayden Porter had 12 in the championship game, which was played at the Spiece Fieldhouse. 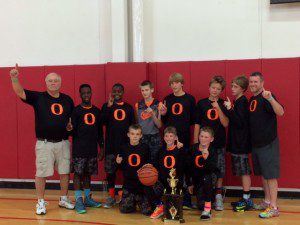